I admit I was a little reluctant to try this pack out, but in the end Chrome’s new MXD Pace Tote was one of my favorite bags I tested for TechCrunch Bag Week 2018. It’s perhaps not coincidental that the MXD Pace Pace Tote ($130, Chrome Industries) also happened to be the least Chrome-like Chrome bag that I’ve ever tried. If you’re familiar with the company’s bike messenger bag roots, the Pace feels like an abrupt departure. But it’s one you might fall in love with.

Wearing the Pace just feels… fun? I don’t really know another way to describe it. For one, you can wear it as a tote bag or as a backpack and that is surprisingly liberating.

Plenty of bags, including Chrome’s oversized, industrial-strength packs, feel a bit like readying for a battle when you put them on. With a big pack on, you are no longer a person just shopping for groceries or going to the bookstore, you’re a person with a very serious backpack who is also doing those things. Maybe you’re some kind of hardcore bike person. And whether you are or not, wearing a huge backpack around town can just look like you take yourself very seriously.

The Pace is the opposite of that, while still managing that efficient, industrial thing that Chrome does so well. At 18L, it’s like you barely remembered to grab a bag at all, but here you are with a practical way (two ways!) to carry just the essentials. At first glance, the Pace looks tiny, but for me it comfortably fit a laptop, a 16-ounce water bottle, various pens, a book, my phone, charging cables and assorted other stuff I compulsively drag around every single day just in case because my anxiety medicine doesn’t work all the way. 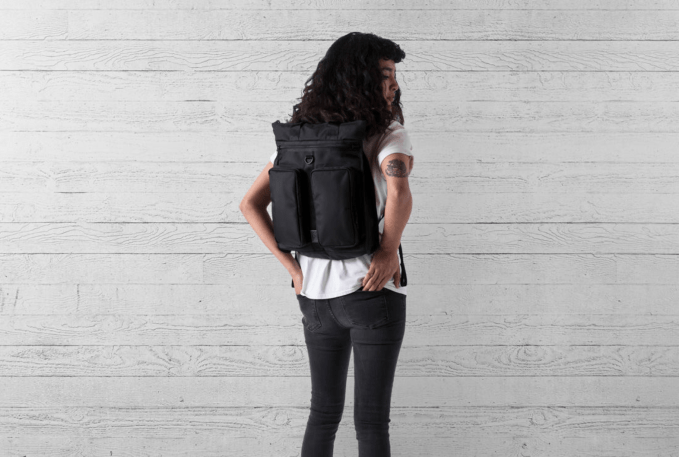 The Pace, like the MXD Fathom, its less convertible twin, is a tough black pack made from 1680d ballistic nylon and seatbelt-style webbing. The hybrid tote/backpack has a tote-style top-loading interior that zips up (why don’t all totes zip up?) and two stowaway backpack straps hidden behind a zipper on the back.

The Pace’s two external pockets are super thoughtful and great for a phone and sunglasses and keys or whatever other instant access stuff you need. From my experience, you need to be mindful about making sure those particular zippers are closed all the way around because it’s easy to leave them a little open. The zippers all felt great, though the main top zipper, which I didn’t even close most of the time because I’m living that #hybridbaglife, did snag on the material under it sometimes. It wasn’t hard to get loose, but still worth mentioning since it happened two or three times over five days or so of regular use. 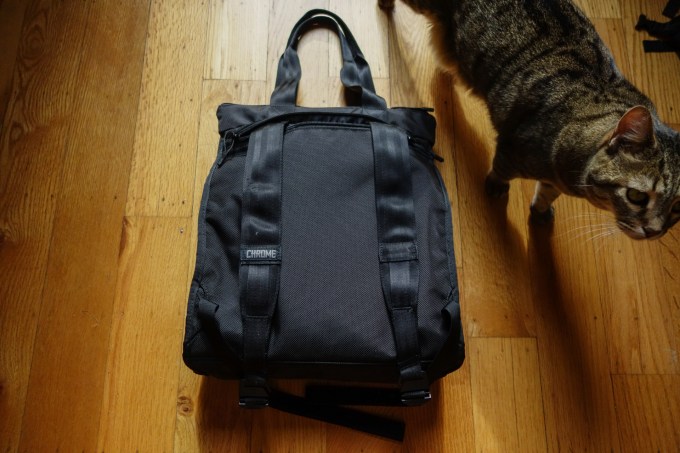 My cat was inexplicably obsessed with the Pace. TechCrunch/Taylor Hatmaker

One complaint I had because I did get so comfortable carrying this pack around is that an optional sternum strap would be nice, even if it’d harsh the vibe a little. The pack is super comfy somehow, in spite of its relative lack of structure, but did slide out toward my shoulders occasionally. This might be because most Chrome stuff is designed for broad dudes doing broad dude stuff, but on the whole the Pace felt like one of the least big dude-centric designs that I’ve ever seen from the company. The Pace’s ability to casually transform into a sturdy little tote bag should be a selling point for women and other smaller-bodied folks who aren’t built like tree trunks. 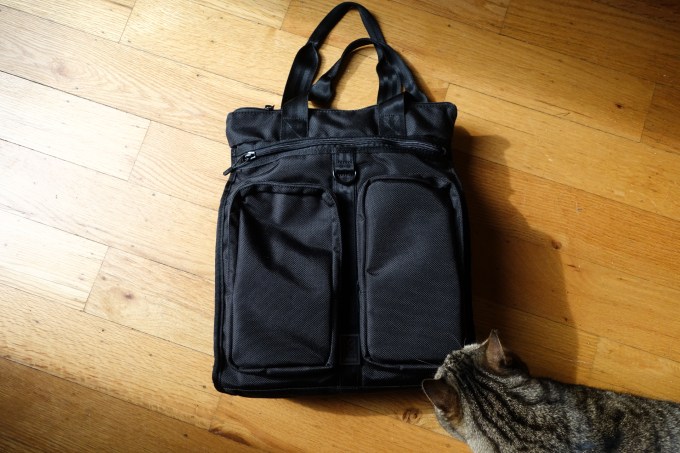 Aside from carrying my laptop around (one complaint: no padding on the bottom of the laptop sleeve), I mostly used the Pace to haul a small assortment of stuff back and forth at a weeklong event and it performed well all around. I also managed to take it on a short, steep hike and it did just fine, though it’s such a breeze to carry I actually didn’t notice that I wasn’t wearing it, left it at the top of the hike and had to re-hike back up there to get it. It must have been pretty comfortable because forgetting my pack is not a thing that happens to me.

I’m usually a rigid-backed pack person but I actually liked how unstructured this bag is. One night I went out to cover an event and was surprised to realize that the Pace carried my Sony A7S II and a change of lens just fine, distributing its weight and carrying it so well I forgot it was in there. I’m not sure what kind of dark tote bag magic is to thank here, but usually carrying any kind of camera in a non-camera bag makes for an awkward, lumpy experience.

What else? The Pace has some great internal organization pockets, though a few felt redundant enough that I couldn’t ever remember where I’d put my Chapstick or my notebook or whatever I was reaching for at the moment, leading me to check the non-mesh internal pocket, the main internal compartment, the outside zippered area and the zip area that the straps tuck back into, which was convenient enough that I accidentally stuck stuff in there a lot. 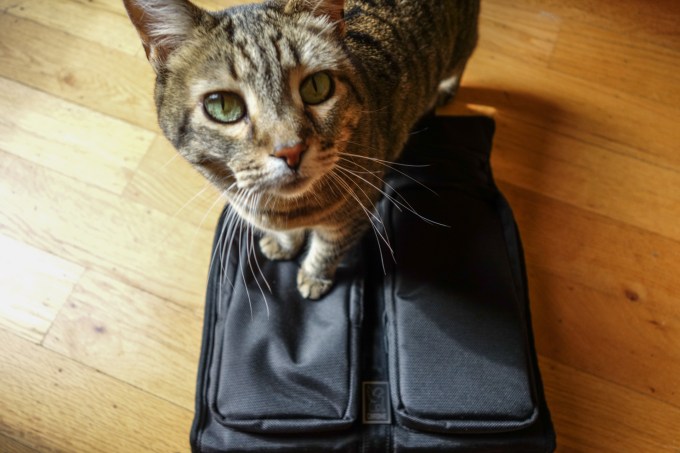 I liked the Pace enough that I’d consider picking up the Fathom just to see what it feels like. There’s something special about this design. The Pace is a clever, lighthearted bag and it genuinely feels fun to carry. If that sounds dumb, then get the hell out of here, why are you reading bag reviews instead of checking your altcoin portfolio or whatever?

The Pace is an excellent casual city bag for when you want to run out the door to do something fun and carefree and mildly edgy, but you don’t want to look too prepared or like you brought your laptop even though you totally did. Like you’re showing up to a music video shoot that you’re not cast in or just want to look casual low-key famous at brunch. It’s unassuming and cool and might just be my new everyday pack. You’ll probably like it unless you’re a jerk — jerks probably wouldn’t wear this bag.

What it is: A small tote/backpack hybrid that is very cool and not dorky.

What is isn’t: Capable of hauling many massive, heavy things. Run-of-the-mill.