I’ve been a fan of Chrome Industries bags for a long time, but over the years I’ve only owned two: the discontinued Mini Buran, a 15L, extra-small messenger by Chrome standards, and the Niko camera pack. I still use the latter periodically but I traded the messenger away early on because, in spite of being Chrome’s smallest pack and the only one that didn’t look cartoonishly big on my 5′ 4″ frame, I could never get the weight quite right. There are two reasons for that: 1) Chrome bags are huge and designed for huge hulking men and 2) I’m just not a messenger bag person. 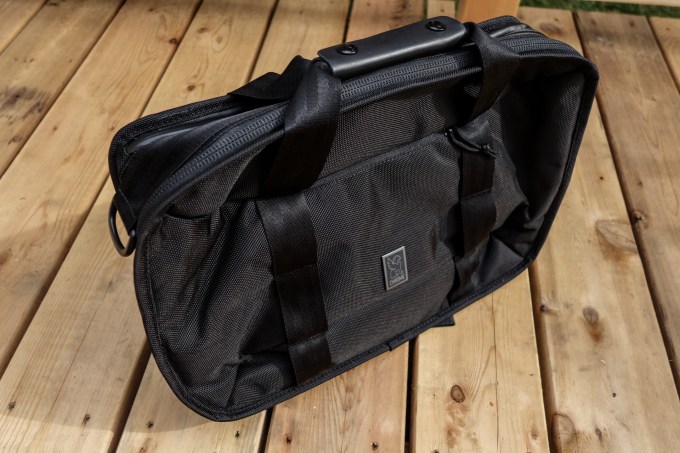 Chrome’s lineup of industrial-strength messenger bags has typically appealed to hardcore bike types and dudes big enough to hoist its famously burly packs, but the company is branching out with a few new offerings that should excite anyone like me who covets their designs and build quality but just can’t make most of their stuff work.

The Chrome Vega Transit Brief, part of Chrome’s new work-centric Treadwell collection, is one of those new bags. The Vega is made to appeal to professional types who maybe need to keep their look away from the “I’m a bike messenger who lives in a punk house” kind of vibe, but it’s still made of the pretty much indestructible ballistic nylon that gives Chrome bags their iconic look and feel.

At first glance, the Vega looks like any generic laptop messenger, but unlike those (boring) you can carry the Vega three different ways. The first mode lets you carry the Vega briefcase-style, with a leather hand strap. The second mode converts the bag into a messenger with a detachable strap. The third mode (my favorite) happens when you pop out two hideaway straps from the back of the bag, turn it 90 degrees and carry the Vega like a backpack. For my purposes, I switched between hand-carrying the bag and putting it on my back to carry a 13″ MacBook and other odds and ends. 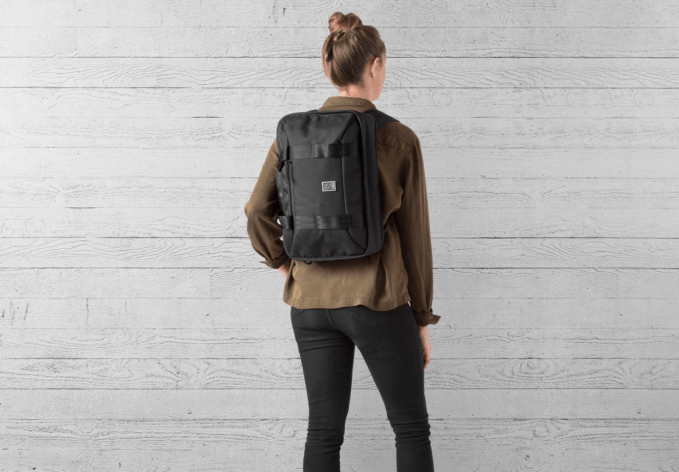 At just 15L, Vega is meant to carry small, rectangular stuff — you won’t be throwing groceries on the way home from work in this thing. It’s got two main zippered compartments, one soft padded laptop sleeve that can fit a 15″ MacBook and one all-purpose-stuff pocket lined with its own sleeve and two internal zip pockets that are actually big enough to be super useful for a phone or a wallet and keys. There’s a teeny external pocket that can also hold a phone or something small, but that one is tougher to get into so I mostly didn’t use it. 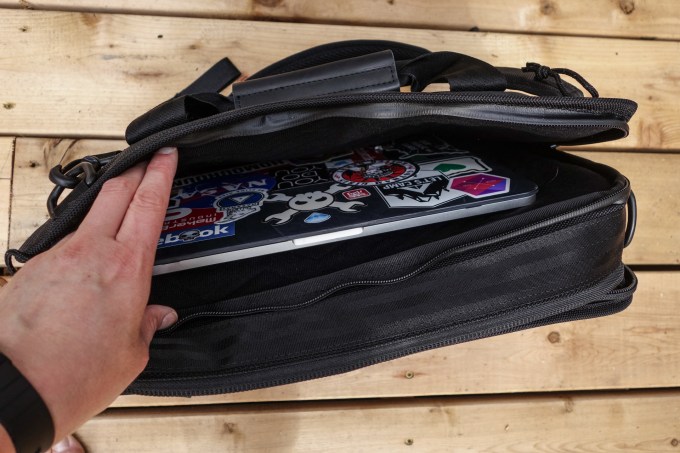 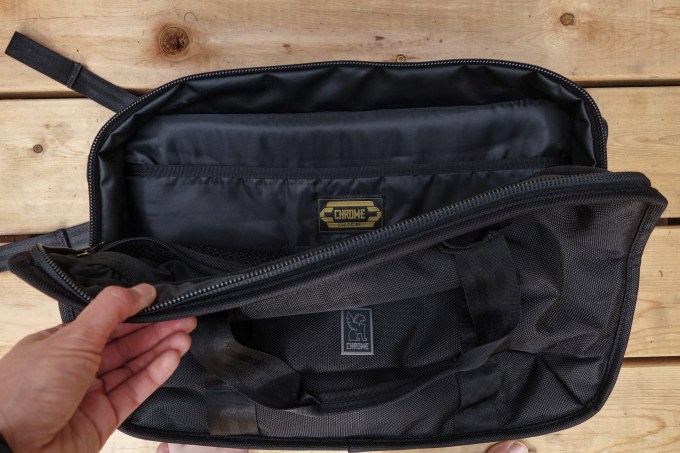 I mentioned it already, but it’s worth repeating that the Vega is very, very rectangular. Its primary compartment would be best suited to hold stuff like an iPad, a book or paper documents, but if you have anything with much depth it’s not going to be well-suited to this pack. Another thing worth noting is that the Vega looks like a big ol’ rectangle when it’s carried like a backpack. You’ll either like that look and think it’s kinda distinct and cool like I did or you’ll hate it. One criticism: The leather strap that lets you carry the Vega by its handle doesn’t stow, so it just sort of hangs there when you wear it like a backpack. It’s not super noticeable, but it bugged me a little because the snaps were tricky to open and close — a little flaw I imagine they might modify if they ever update this design.

The Vega isn’t Chrome’s most inspired design ever, but it isn’t supposed to be. If you want to show up to a meeting looking pro but still cool, like yeah you looked over the slides from the call but you drink shitty beer after work because you’re legit not because you can’t afford some triple-hopped bullshit, the Vega is probably for you. For anyone looking for a well-made bag that’s not too loud to carry to and from work meetings that happens to turn into a damn backpack, Chrome’s Vega Transit Brief is a great fit. 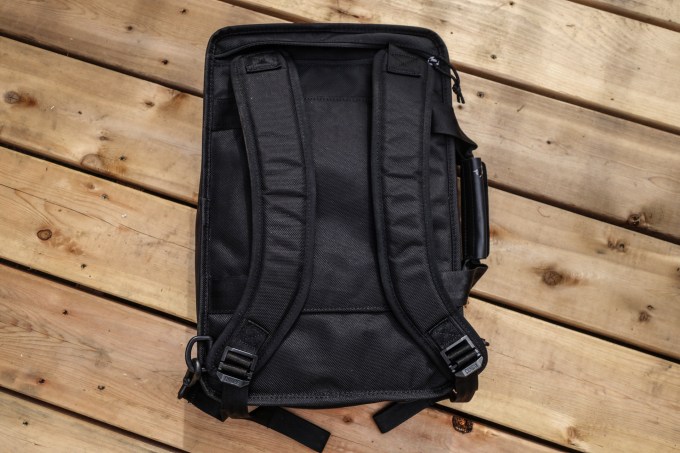 What it is: A bag that looks discreet and professional while keeping work basics close (laptop, papers and the like). Great as a no-frills carry-on bag for travel or a to-the-office-and-back kind of bag.

What it isn’t: A workhorse. With its 15L volume, you’re not going to be hauling big loads around or taking produce home from the co-op with this thing.