Two of the co-founders of the art filter app Prisma have left to build a new social app.

Prisma, as you may recall, had a viral moment back in 2016 when selfie takers went crazy for the fine art spin the app’s AI put on photos — in just a few seconds of processing.

Downloads leapt, art selfies flooded Instagram, and similar arty effects soon found their way into all sorts of rival apps and platforms. Then, after dipping a toe into social waters with the launch of a feed of its own, the company shifted focus to b2b developer tools — and we understand it’s since become profitable.

But two of Prisma’s co-founders, Aleksey Moiseyenkov and Aram Hardy, got itchy feet when they had an idea for another app business. And they’ve both now left to set up a new startup, called Capture Technologies.

The plan is to launch the app — which will be called Capture — in Q4, with a beta planned for September or October, according to Hardy (who’s taking the CMO role).

Josh Elman from Greylock Partners is also involved as an advisor.

Hardy says they had the luxury of being able to choose their seed investors, after getting a warmer reception for Capture than they’d perhaps expected — thinking it might be tough to raise funding for a new social app given how that very crowded space has also been monopolized by a handful of major platforms… (hi Facebook, hey Snap!)

But they also believe they’ve identified overlooked territory — where they can offer something fresh to help people interact with others in real-time.

They’re not disclosing further details about the idea or how the Capture app will work at this stage, as they’re busy building and Hardy says certain elements could change and evolve before launch day.

What they will say is that the app will involve AI, and will put the emphasis for social interactions squarely on the smartphone camera.

Speed will also be a vital ingredient, as it was with Prisma — literally fueling the app’s virality. “We see a huge move to everything which is happening right now, which is really real-time,” Hardy tells TechCrunch. “Even when we started Prisma there were lots of similar products which were just processing one photo for five, ten, 15 minutes, and people were not using it because it takes time.

“People want everything right now. Right here. So this is a trend which is taking place right now. So we’re trying to give it to them.” 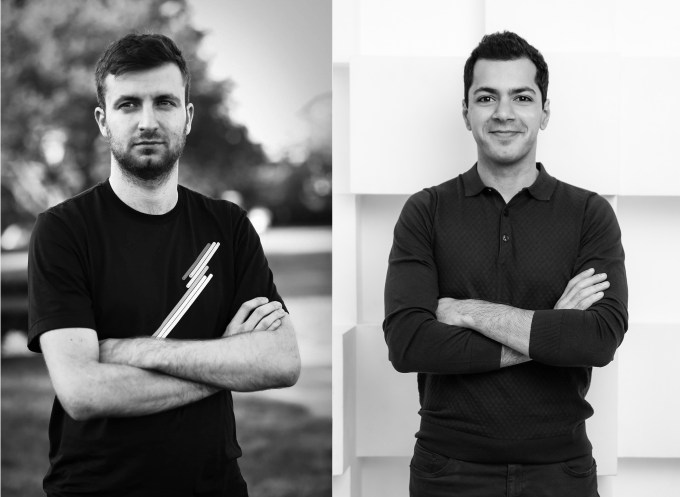 “Our team’s mission is to bring an absolutely new and unique experience to how people interact with each other. We would like to come up with something unique and really fresh,” adds Moiseyenkov, Capture’s CEO (pictured above left, with Hardy).

“We see a huge potential in new social apps despite the fact that there are too many huge players.”

Having heard the full Capture pitch from Hardy I can say it certainly seems like an intriguing idea. Though how exactly they go about selectively introducing the concept will be key to building the momentum needed to power their big vision for the app. But really that’s true of any social product.

Their idea has also hooked a strong line up of seed investors, doubtless helped by the pair’s prior success with Prisma. (If there’s one thing investors love more than a timely, interesting idea, it’s a team with pedigree — and these two certainly have that.)

“I’m happy to have such an amazing and experienced team,” adds Moiseyenkov, repaying the compliment to Capture’s investors.

Capture’s investors were evidently pleased enough with the answers their questions elicited to cut Capture its founding checks. And the startup’s team is already ten-strong — and hard at work to get a beta launched in fall.

The business is based in the US and Europe, with one office in Moscow, where Hardy says they’ve managed to poach some relevant tech talent from Russian social media giant vk.com; and another slated to be opening in a couple of weeks time, on Snap’s home turf of LA.

“We’ll be their neighbors in Venice beach,” he confirms, though he stresses there will still be clear blue water between the two companies’ respective social apps, adding: “Snapchat is really a different product.”