Messages, Google’s more recent focus for its scattered messaging efforts following its decision to “pause” work on Allo, is now available for web users. The company announced that it would begin rolling out Messages for web starting today, with the full rollout completing over the next week. The feature, along with others including GIF search, smart replies, and more, is part of an updated messaging experience for Android users that aims to be Google’s response to iMessage.

The company earlier this year moved its Allo team to work on Android Messages, Google’s app that utilizes the RCS messaging standard. The standard, adopted by numerous mobile operators worldwide, offers more feature parity with iMessage, thanks to its support for things like read receipts, typing indicators, high-res photo sharing, better group chat, and other features.

Now, Messages is gaining another feature to better compete with iMessage: web support.

Today, Apple users can access iMessage conversations on their Mac using a dedicated app. Google’s Messages for web is similar in the sense that it also offers cross-platform access to messages – that is, it lets Android users view and respond to chats when they’re not on their phone.

However, the implementation of Messages for web is more like WhatsApp for the desktop, right down to how you scan a code on the Message website to sync things up with your phone.

Google says Messages for web will support sending stickers, emoji and image attachments, as well as text, at launch. 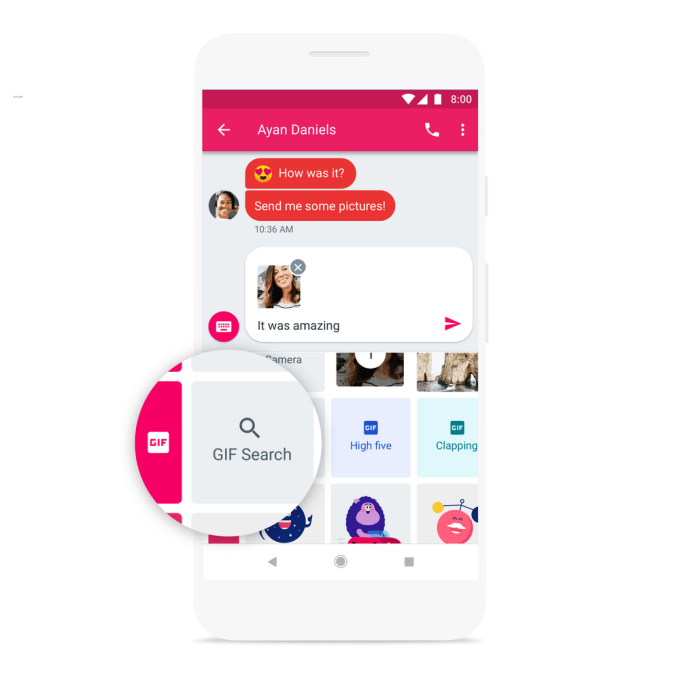 The company also announced a few other features that will come to the Messages app over the next week, including built-in GIF search; Smart Replies, which suggest English language text responses and emoji for now; preview web links in conversations; and the ability to copy one-time passwords with a tap. 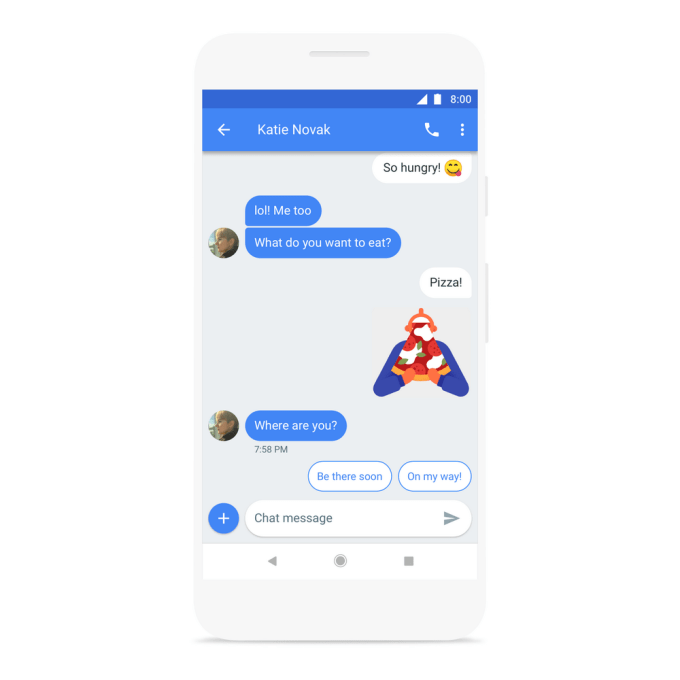 This last feature is also similar to a new addition coming to iMessage in iOS 12. When you’re logging into a site or app that requires a one-time password sent over text message, iOS 12 will let you paste that into the necessary field with one tap. Google’s system looks like it requires two taps – both the copy and the paste functions – but it’s still a lot easier than before.

To try out the new features, Android users will need to be on the latest version of the Messages app from Google Play.