The AAA games on display at E3 this year have, as usual, an amazing array of beautiful, nearly photorealistic graphics — and while they’re amazing in their own way, I always find it fun to highlight a few games that take a totally different approach to their art. Here are a few that caught my eye this time around.

Sable is a “coming-of-age tale of discovery” set in an open world that you can explore at your own pace. The overall look of the place is rather Journey-esque, but there’s also a shade of Hyper Light Drifter in the environments. Most interesting of all, however, is the visual effect that makes the whole thing look rather like a comic book by Moebius.

The effect is a bit hit or miss — some details can end up warping or looking odd — but overall it’s extremely arresting and definitely set the game apart instantly from its more realistic peers. Hopefully the writing and gameplay live up to its visual style.

Overwhelm is a chunkily pixelated hardcore shooter-platformer with a couple of interesting twists.

First of all, you die in one hit. That’s what makes it hardcore. 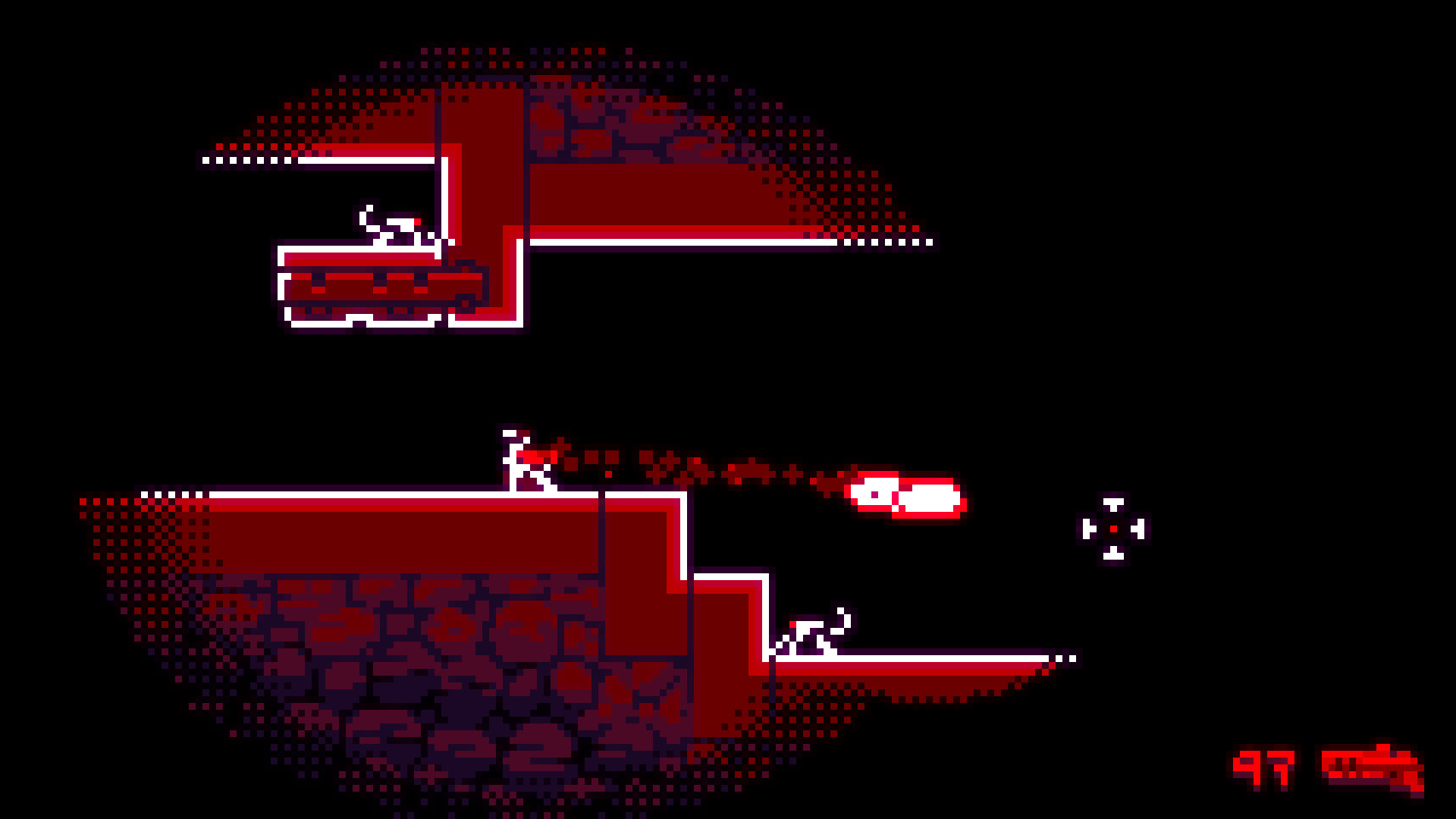 Second, you only get 99 bullets per level, and your gun needs to cool down after firing three times.

Third, whenever you beat a boss, it gives a special ability like wall climbing not to you, but to all the enemies.

It reminds me a bit of Abuse, a classic side-scrolling shooter with free mouse aiming and scary aliens. But its art style is far more reminiscent of the excellent Downwell, which itself was modeled on (I believe) the original Game Boy’s four-shade palette. Minit is another recent example of successfully using this ultra-pared-down look.

Noita (Swedish for “witch”) is one I’ve actually been following for a while now. At first glance this looks sort of like a dig-’em-up, à la Terraria, but the visual and gameplay twist is that every pixel is physically simulated. That means everything in the game can be burned, exploded, melted and so on — dirt will fall, fire will spread, water (and acid, and lava) will flow and escape its container.

You also create your own spells as you delve deeper into the procedurally generated caves looking for “unknown mysteries.” Well, that’s a bit redundant, but you get the idea. It looks like a real blast.

Signalis goes retro, but in a much different direction than most others. Instead of recreating the beloved pixel art of the SNES or Saturn, it goes to the less-beloved chunky polygons of the PlayStation era. Think Resident Evil. I’m also reminded of the cutscenes from Another World.

Although it’s hard to say exactly what’s going on from the trailer, I’m definitely digging the look and feel. The control panels, the mix of polygons and hand-drawn backgrounds, the scary, lonely air and threatening atmosphere… right up my alley.

Last is Ooblets, which as far as I can tell is about planting and farming strange little creatures that eventually have some kind of dance-off in the forest.

It can be hard to really express a visual style in 3D, but I love what Ooblets is doing. Everything is delightfully awkward and cute, with a deliberate stiffness to it as well as a clear design. The unshaded polygons, careful lighting and modeling, it all creates a strange but compelling whole. The closest thing that I can think of to it is the Katamari Damacy series.

I realize now, having written this, that I put “uniquely” beautiful in the headline and then cited similar looks or inspirations for all the games. But really, though, they do take inspiration from others, they’re definitely all doing their own thing. (Really, really, though, I just didn’t want to scroll up and change the headline.)

There were plenty more striking games at the show — check your local indie games site to see what others have dug up!