Sumo Logic has long held the goal to help customers understand their data wherever it lives. As we move into the era of containers, that goal becomes more challenging because containers by their nature are ephemeral. The company announced a product enhancement today designed to instrument containerized applications in spite of that.

They are debuting these new features at DockerCon, Docker’s customer conference taking place this week in San Francisco.

Sumo’s CEO Ramin Sayar says containers have begun to take hold over the last 12-18 months with Docker and Kubernetes emerging as tools of choice. Given their popularity, Sumo wants to be able to work with them. “[Docker and Kubernetes] are by far the most standard things that have developed in any new shop, or any existing shop that wants to build a brand new modern app or wants to lift and shift an app from on prem [to the cloud], or have the ability to migrate workloads from Vendor A platform to Vendor B,” he said.

He’s not wrong of course. Containers and Kubernetes have been taking off in a big way over the last 18 months and developers and operations alike have struggled to instrument these apps to understand how they behave.

“But as that standardization of adoption of that technology has come about, it makes it easier for us to understand how to instrument, collect, analyze, and more importantly, start to provide industry benchmarks,” Sayar explained.

They do this by avoiding the use of agents. Regardless of how you run your application, whether in a VM or a container, Sumo is able to capture the data and give you feedback you might otherwise have trouble retrieving. 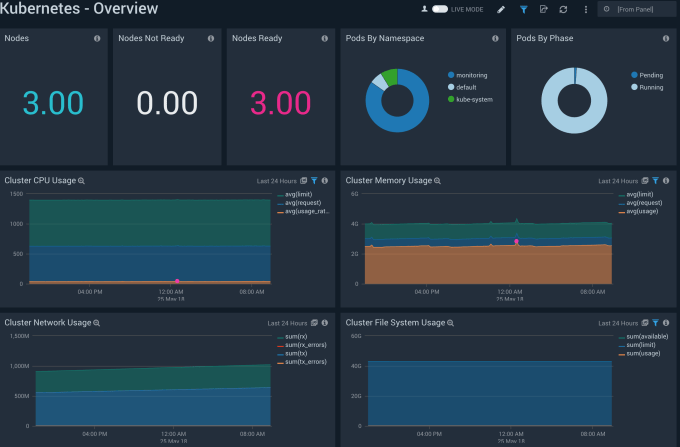 The company has built in native support for Kubernetes and Amazon Elastic Container Service for Kubernetes (Amazon EKS). It also supports the open source tool Prometheus favored by Kubernetes users to extract metrics and metadata. The goal of the Sumo tool is to help customers fix issues faster and reduce downtime.

As they work with this technology, they can begin to understand norms and pass that information onto customers. “We can guide them and give them best practices and tips, not just on what they’ve done, but how they compare to other users on Sumo,” he said.

Sumo Logic was founded in 2010 and has raised $230 million, according to data on Crunchbase. Its most recent round was a $70 million Series F led by Sapphire Ventures last June.