That focus is unusual — even Lerer Hippeau, a firm that’s closely associated with New York, makes some investments outside the region.

Primary’s Ben Sun (pictured above with his co-founder Brad Svrluga) said he’s betting, in part, on the New York workforce, particularly “the talent that came into the tech ecosystem post-financial crisis” — a shift that gave the city more talented entrepreneurs, plus a talent pool that they could draw from to build their companies.

After all, Sun noted that employment in New York’s tech sector grew by 57 percent between 2010 and 2016.

He also said that Primary (formerly known as High Peaks Venture Partners) offers more support and services than many seed firms — for example, Cat Hernandez, Primary’s partner focused on “human capital,” has been directly involved in hiring nearly 200 employees at the firm’s portfolio companies. Primary is able to offer that level of support with a team of 13 people, Sun said, by leveraging local connections and expertise. 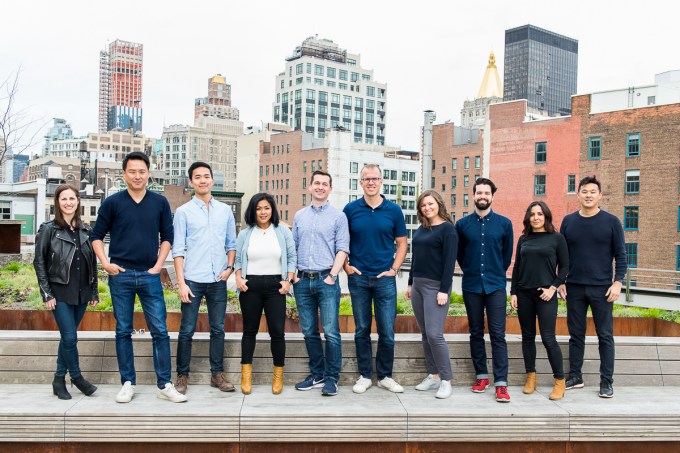 The investment team has also grown, with the addition of Steve Schlafman as venture partner last month — Sun described him as “a super highly networked guy who has a really good nose for talent.” (When we talked to Schlafman prior to today’s announcement, he managed to dodge a question about the firm’s fundraising.)

“With a singular focus on this market, we were able to build an operating and portfolio impact model that provides concentrated, on-site support to our portfolio companies in a way that wouldn’t be possible across geographies,” Svrluga said in an emailed statement. “Raising this second fund not only gives us the capital to continue to be a high-conviction seed round leader, but to continue to expand our Portfolio Impact team so that we can be an even better partner to our founders on their journey from Seed to Series A.”

Primary’s approach has resulted in some big successes already, like Jet.com (acquired by Walmart for $3.3 billion) and Coupang (valued at $5 billion). Even beyond the most attention-grabbing deals, Sun pointed to the fact that of the 15 companies in the Primary portfolio that have tried to raise Series A rounds, 13 of them have succeeded.

As part of this announcement, VCs that Primary has worked with in the past also offered their praise, with Spark Capital’s Kevin Thau describing the firm as a team that “knows the New York Seed market better than anyone,” and Kleiner Perkins Caufield & Byers’ Eric Feng saying it’s “one of the top partners to startups in the city, providing true value guiding their portfolio companies from seed to Series A.”

While the firm raised significantly more this time around (Primary’s first fund was $60 million), Sun said it will remain focused on seed deals — with the occasional incubated startup, like dog food company Ollie. It will, however, be able to write slightly larger checks, say in the $1.5 million to $2 million range, with additional funding reserved for follow-on rounds.

“What we’re going to do with this $100 million is follow the same strategy,” Sun said.