Instagram is preparing to unveil a home for longer-form video — a YouTube competitor and its take on Snapchat Discover. According to multiple sources, Instagram will offer a dedicated space featuring scripted shows, music videos and more in vertically oriented, full-screen, high-def 4K resolution. Instagram has been meeting with popular social media stars and content publishers to find out how their video channels elsewhere would work within its app. It’s also lining up launch partners for an announcement of the long-form video effort tentatively scheduled for June 20th.

The public shouldn’t expect Netflix Originals or HBO-level quality. This is not “InstaGame of Thrones.”  Instead, the feature is more focused on the kind of videos you see from YouTube creators. These often range from five to 15 minutes in length, shot with nice cameras and lighting but not some massive Hollywood movie production crew. Average users will be able to upload longer videos too, beyond the current 60-second limit.

Instagram intends to eventually let creators and publishers earn money off the longer videos, though it hasn’t finalized how accompanying ads like pre-rolls and mid-breaks or revenue splits would work. It is not paying creators up-front for shows like Facebook Watch, either. But the videos will each feature a swipe-up option to open a link, which creators can use to drive traffic to their websites, e-commerce stores or event ticketing. Thanks to Instagram’s 800 million-plus users, the video section could be a powerful marketing tool beyond generating cash for creators directly.

The long-form video section will spotlight a collection of popular videos, and provide a “continue watching” option since users might view long clips over the course of several sessions. Users will also see the long-form clips featured on authors’ profiles near the Stories Highlights bubbles. Creators won’t be able to shoot and post long-form videos, as the section will only allow pre-made video uploads. 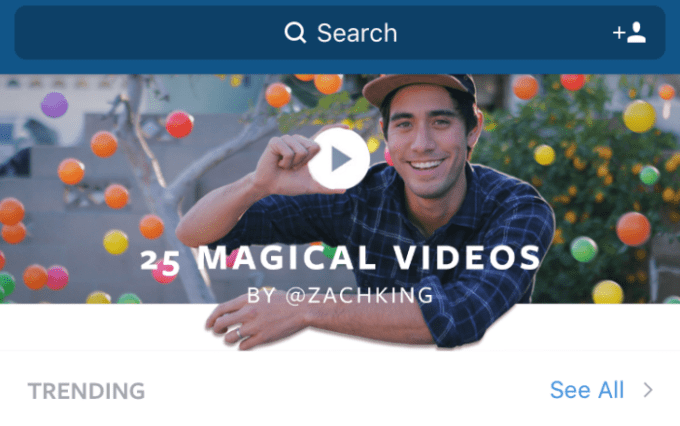 This new information from TechCrunch’s sources comes after a brief initial report by The Wall Street Journal yesterday that Instagram was talking to content publishers about a vertical video feature. The WSJ’s article focused on the ability for average users to post up to hour-long clips, but the real story here is Instagram launching a professionally produced video entertainment hub. Instagram declined our request for comment.

It’s unclear what the new video feature will be named, or where it will appear. It could possibly live in the Explore tab, get its own tab or even be spun out into a separate app. Our sources didn’t know how the videos would work with the main Instagram feed, where they could appear full-length or show up as previews to alert a publisher’s fans to their newest long-form clip. The announcement date or feature details could still potentially change. 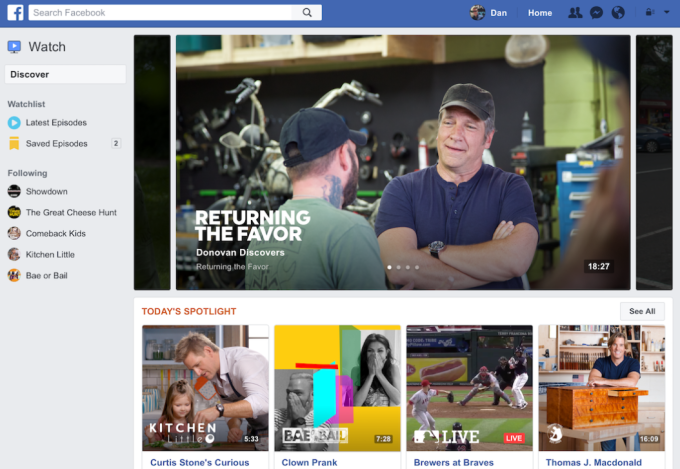 Facebook hasn’t had much luck with its own original long-form video section it launched in August 2017, Facebook Watch. Mediocre, unscripted reality shows and documentary clips haven’t proven a draw for the social network, which is now expanding into scripted programs and news shows. Instagram may prove a more natural home for lean-back entertainment content.

The Instagram long-form video section will be Facebook’s answer to two competing social video destinations it’s yet to successfully clone.

Snapchat’s Discover section offers exclusive, professionally produced vertical video shows from an array of publishers as an alternative to shaky user-generated Stories. But with sagging user growth endangering viewership, backlash to the redesign that buries Discover and a policy shift to stop paying Discover publishers up front, Instagram and its massive user count may be able to seduce publishers to bring longer videos to its app instead. 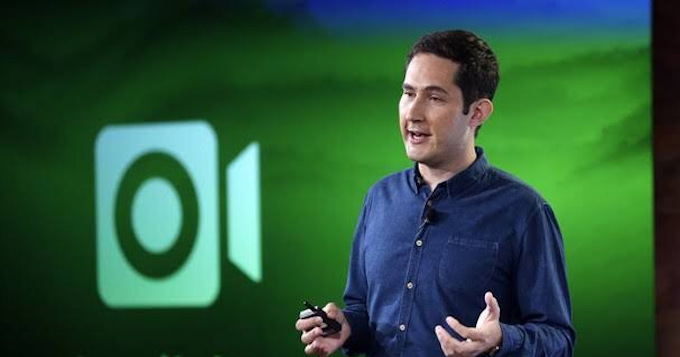 YouTube is the stronger foe. Its ad revenue sharing agreements and massive engagement have made it the go-to platform for video makers. Still, creators are always looking to build their fan bases, earn more money and promote their other online presences. Instagram’s wildfire growth and the familiarity of following people there could make the long-form video section worth embracing.

The feature has big potential as long as it’s not too interruptive of people’s entrenched feed-scrolling and Story-tapping behavior patterns. Instagram will also have to convince creators to shoot their content vertically or find ways to gracefully crop it, and some may be apprehensive if they typically shoot in landscape for traditional video players.

The Facebook family of apps might never be able to match the breadth and depth of YouTube’s video catalog. But Instagram has an opportunity here to skim the best content off the top of the sprawling creator/publisher ecosystem and curate it coherently for casual audiences. That could get us spending more time with Instagram, even if our friends are boring.