On June 6th, 2014 Kubernetes was released for the first time. At the time, nobody could have predicted that 4 years later that the project would become a de facto standard for container orchestration or that the biggest tech companies in the world would be backing it. That would come later.

If you think back to June 2014, containerization was just beginning to take off thanks to Docker, which was popularizing the concept with developers, but being so early there was no standard way to manage those containers.

Google had been using containers as a way to deliver applications for years and ran a tool called Borg to handle orchestration. It’s called an orchestrator because much like a conductor of an orchestra, it decides when a container is launched and when it shuts down once it’s completed its job.

At the time, two Google engineers, Craig McLuckie and Joe Beda, who would later go on to start Heptio, were looking at developing an orchestration tool like Borg for companies that might not have the depth of engineering talent of Google to make it work. They wanted to spread this idea of how they develop distributed applications to other developers.

Before that first version hit the streets, what would become Kubernetes developed out of a need for an orchestration layer that Beda and McLuckie had been considering for a long time. They were both involved in bringing Google Compute Engine, Google’s Infrastructure as a Service offering, to market, but they felt like there was something missing in the tooling that would fill in the gaps between infrastructure and platform service offerings.

“We had long thought about trying to find a way to bring a sort of a more progressive orchestrated way of running applications in production. Just based on our own experiences with Google Compute Engine, we got to see firsthand some of the challenges that the enterprise faced in moving workloads to the cloud,” McLuckie explained.

He said that they also understood some of the limitations associated with virtual machine-based workloads and they were thinking about tooling to help with all of that. “And so we came up the idea to start a new project, which ultimately became Kubernetes.”

When Google began developing Kubernetes in March 2014, it wanted nothing less than to bring container orchestration to the masses. It was a big goal and McLuckie, Beda and teammate Brendan Burns believed the only way to get there was to open source the technology and build a community around it. As it turns out, they were spot on with that assessment, but couldn’t have been 100 percent certain at the time. Nobody could have. 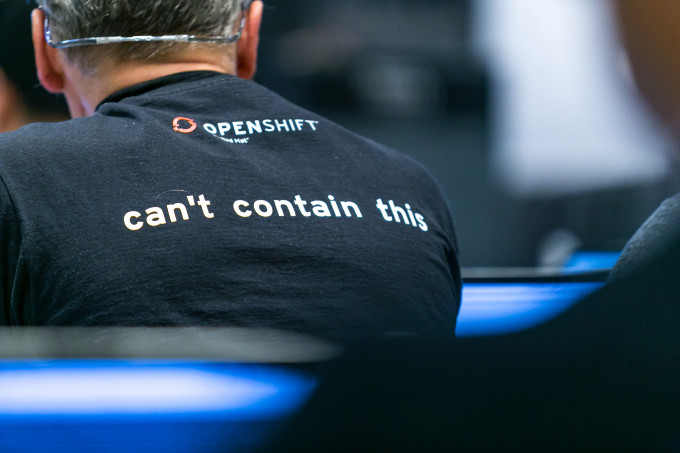 “If you look at the history, we made the decision to open source Kubernetes and make it a community-oriented project much sooner than conventional wisdom would dictate and focus on really building a community in an open and engaged fashion. And that really paid dividends as Kubernetes has accelerated and effectively become the standard for container orchestration,” McLuckie said.

The next thing they did was to create the Cloud Native Computing Foundation (CNCF) as an umbrella organization for the project. If you think about it, this project could have gone in several directions, as current CNCF director Dan Kohn described in a recent interview.

Kohn said Kubernetes was unique in a couple of ways. First of all, it was based on existing technology developed over many years at Google. “Even though Kubernetes code was new, the concepts and engineering and know-how behind it was based on 15 years at Google building Borg (And a Borg replacement called Omega that failed),” Kohn said. The other thing was that Kubernetes was designed from the beginning to be open sourced.

He pointed out that Google could have gone in a few directions with Kubernetes. It could have created a commercial product and sold it through Google Cloud. It could have open sourced it, but had a strong central lead as they did with Go. They could have gone to the Linux Foundation and said they wanted to create a stand-alone Kubernetes Foundation. But they didn’t do any of these things.

McLuckie says they decided to do something entirely different and place it under the auspices of the Linux Foundation, but not as Kubernetes project. Instead they wanted to create a new framework for cloud native computing itself and the CNCF was born. “The CNCF is a really important staging ground, not just for Kubernetes, but for the technologies that needed to come together to really complete the narrative, to make Kubernetes a much more comprehensive framework,” McLuckie explained.

Getting everyone going in the same direction

Over the last few years, we have watched as Kubernetes has grown into a container orchestration standard. Last summer in quick succession  a slew of major enterprise players joined CNCF as AWS, Oracle, Microsoft, VMware and Pivotal all joined. They came together with Red Hat, Intel, IBM Cisco and others who were already members. 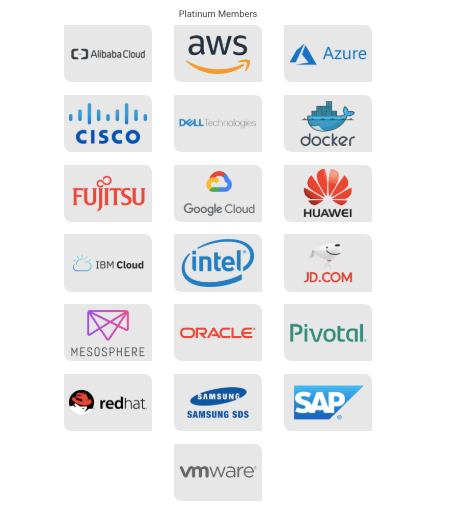 Each these players no doubt wanted to control the orchestration layer, but they saw Kubernetes gaining momentum so rapidly, they had little choice but to go along. Kohn jokes that having all these big name players on board is like herding cats, but bringing in them in has been the goal all along. He said it just happened much faster than he thought it would.

In a recent interview with TechCrunch, David Aronchick, who runs the open source Kubeflow Kubernetes machine learning project at Google, was running Kubernetes in the early days. He is shocked by how quickly it has grown. “I couldn’t have predicted it would be like this. I joined in January, 2015 and took on project management for Google Kubernetes. I was stunned at the pent up demand for this kind of thing,” he told TechCrunch.

As it has grown, it has become readily apparent that McLuckie was right about building that cloud native framework instead of a stand-alone Kubernetes foundation. Today there are dozens of adjacent projects and the organization is thriving.

Nobody is more blown away by this than McLuckie himself who says seeing Kubernetes hit these various milestones since its initial release has been amazing for him and his team to watch. “It’s just been a series of these wonderful kind of moments as Kubernetes has gained a head of steam, and it’s been  so much fun to see the community really rally around it.”