Nauto, the transportation company that aims to make human drivers safer and train autonomous vehicles for all types of scenarios, has just launched Prevent. Nauto Prevent is designed to prevent distracted driving by notifying drivers when they’ve had their eyes off the road for too long.

Nauto Prevent’s notifications are dependent upon factors like how long you’ve had your eyes averted from the road and how fast you’re driving. If you’ve been distracted for more than five seconds and are driving at 60 mph, you’ll hear a voice notification. But if you continue to be distracted, you’ll hear an alarm.

“We designed the whole thing to be really focused on keeping the driver safe without being intrusive,” Nauto CEO Stefan Heck told TechCrunch. “We want to help human drivers, not just rat them out to their boss.”

This feature is on top of Nauto’s flagship product that helps companies better train their commercial drivers. Nauto’s core offering is a two-way facing camera that sits up near the rear-view mirror to monitor both driver behavior and road conditions. Using computer vision and artificial intelligence, Nauto then provides insights and coaching to drivers around distraction and fatigue. With Prevent, drivers will now receive notifications if they’re distracted, tailgating or if there are other potential risks on the road. 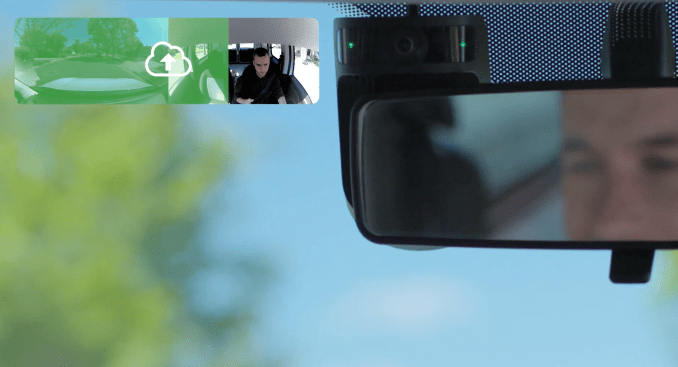 The idea is not to just alert drivers when they’re doing something illegal, but to notify them when there’s actual risk involved.

“Holding a cell phone or looking at a phone makes you susceptible to a ticket,” Heck said. “But if you’re stopped at a red light, the risk is low.”

Nauto’s list price is $499 for the device, with monthly pricing of $39.95, depending on the customer and market. Nauto is not currently disclosing the cost of Prevent, nor how many customers it has. What Heck would tell me is that Nauto is nationwide across various taxi, ride-sharing, rental, package delivery and enterprise service fleets.

Nauto is launching Prevent with the hope to reduce collisions, accidents and injuries on the road before the industry reaches autonomy. But once autonomous officially arrives, Nauto will be ready to provide companies with its driving data and real-world scenarios of what driverless cars can expect from a distracted driver who, for example, runs a red light. Another use case Nauto has stumbled upon pertains to autonomous safety drivers and helping companies ensure its drivers are paying attention.

To date, Nauto has raised $173.9 million from General Motors Ventures, Toyota AI Ventures and BMW iVentures. Its most recent round came last July when it raised a $159 million Series B round from SoftBank and Greylock.