10% Happier, an app offering a series of meditation courses designed especially for those who think it’s all a bit of crock, has raised $3.7 million in new funding. The round brings the company’s total raise to date to $5 million.

The app is now one of many operating in the self-care space, where meditation and other stress-reducing apps are ruling and raking in millions. But unlike some apps on the market today, 10% Happier aims to be meditation for the “rest of us” – that is, those who are turned off by the idea, thinking it’s some kind of hokey, hippie, crystal-waving practice. You know, the skeptics.

The company has a slightly complicated backstory.

Originally it was called Change Collective, and was building out a course platform around meditation and other topics. In 2015, the team brought on ABC News anchor Dan Harris (Nightline, GMA Weekend Edition) to do a single course. But his was so much more interesting than the others that the company ended up bringing Harris on as a co-founder instead, and rebranded itself to 10% Happier – the name of Harris’s book detailing his own discovery of mindfulness techniques for anxiety and stress.

Harris himself had gone from skeptic to believer after having an on-air panic attack, which led him to seek out some kind of solution.

“After 9/11, I spent a lot of time in war zones as a young reporter, and I came home and got very depressed,” he admits. He says he unwisely tried to medicate with recreational drugs, which then culminated in his on-air meltdown. Harris knew he had to find a different way. “It kind of set me off on a weird and winding path that ultimately led me to meditation,” he says. “And I had thought meditation was b**s***, actually.”

His experience is documented in his book, 10% Happier, which is how he got connected with Change Collective founder Ben Rubin to begin with. 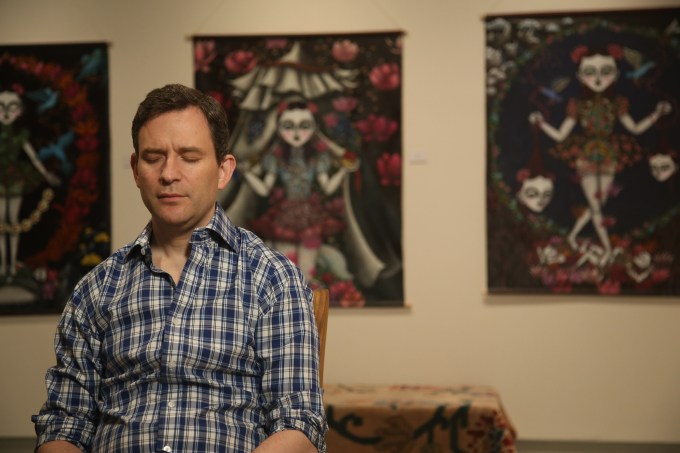 The app relaunched under the 10% Happier brand in 2016 as a bare bones meditation app with just a few audio and video courses for meditation. But over the last couple of years, the content library has grown considerably.

Today, 10% Happier has a diverse group of teachers, including scientists, traditional meditation teachers, and even a teacher who specializes in mediation for athletes who has worked with the Chicago Bulls, LA Lakers and NY Knicks. And its instructional video and audio meditation library has grown to some two dozen courses, each with 10 to 14 videos focusing on topics like stress, anxiety, sleep, or becoming more productive.

The courses are available through in-app subscriptions.

The company thinks the quality of its courses is a big differentiator compared with rivals, but so is its tone. 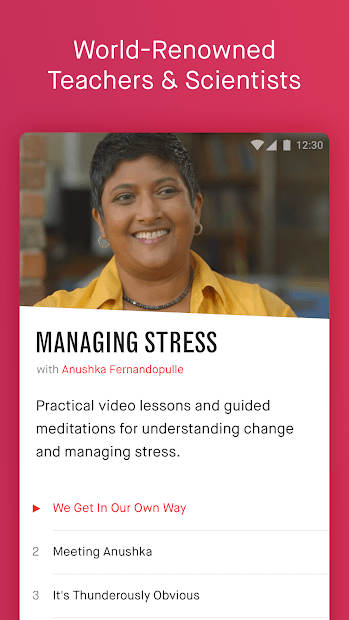 “Most of the meditation apps out there have a very traditional tone – very soft and gooey and loving,” jokes Harris. “And that works for some people. But we’re much more in the no b**s*** category…that doesn’t mean we don’t talk about serious emotional issues, but we do it with a sense of humor, and without a lot of the trappings that have traditionally turned a lot of people off from meditation,” he says.

That’s led 10% Happier to have a broader audience than the sort of young millennials using some other meditation apps. And while the company won’t speak about its user numbers, it will say its users have logged over 50 million mindful minutes in the app to date.

In addition, the ABC News 10% Happier podcast has been downloaded over 10 million times and Harris’ follow-up book, Meditation for Fidgety Skeptics, is an NYT best seller.

The company also worked with Apple to power its Mindful Minute Challenge, which encourages Apple employees to log mindful minutes using apps and the Health app for iOS. That close relationship also gave 10% Happier the chance to be among the first to test out some of the new Siri technology being introduced with iOS 12, including Siri Suggestions and Siri Shortcuts.

The company demoed Siri Suggestions for both iOS 12 and the WatchOS 5 Siri Watch Face at WWDC on Monday. With Siri Suggestions, the app learns your patterns about where and when you like to meditate. When patterns emerge – for example, you always meditate at bedtime – Siri will suggest playing a relevant 10% Happier meditation at the right time.

With Siri Shortcuts, you’re able to get to the meditation content you want using simple voice commands. 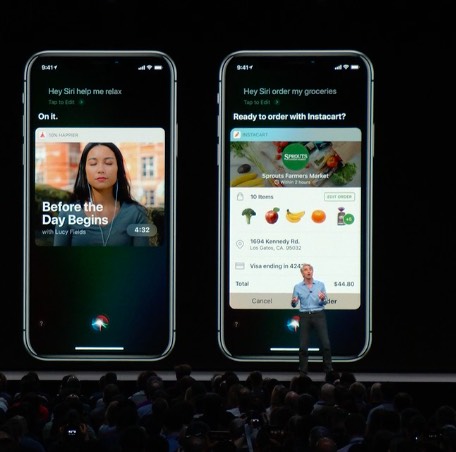 As Change Collective, the company had raised $1.4 million in seed funding in 2014 from Founder Collective, NextView Ventures, and Eniac Ventures.

In Q1 2018, 10% Happier closed on $3.7 million in seed II funding in Q1 2018, from new investors Khosla Ventures, Trinity Ventures, and Correlation Ventures, along with its prior investors.

Longer-term, 10% Happier aims to be available on other platforms beyond mobile, including perhaps voice-first platforms like Alexa and Google Assistant. In the near term, however, the company will focus on building its team, including video producers, audio producers, developers, product managers, and more.

The app is a free download on both iOS and Google Play.