Locus, a three-year-old startup that helps companies map out their logistics, has pulled in $4 million in funding to grow its global footprint outside of its native India.

The round is described as pre-Series B and it was provided by Rocketship.vc, Recruit Strategic Partners, pi Ventures and DSP Group’s Hemendra Kothari. Existing backers Blume Ventures, Exfinity Venture Partners, BeeNext and growX ventures also took part. Bengaluru-based Locus previously raised a $2.75 million Series A in 2016.

The company was founded in 2015 by Nishith Rastogi and Geet Garg, two ex Amazon engineers who met when working on machine learning for AWS. Initially the duo developed a safety app that mapped out optimal routes to let a ride-hailing customer sense if their driver was going rogue and not sticking to the designated trip, but it later pivoted into logistics tracking after feedback from enterprise users.

Today, Locus is focused on helping customers optimize the operational side of their logistics, whether that is moving people, goods or more at scale. It doesn’t cover ride-hailing and it isn’t necessarily focused on ensuring the faster route. Instead, it tackles complex challenges such as helping FCMGs optimize travel for their management — the key focus being on spending as much time in stores for meetings — or helping organizations move large orders by figuring out how many trucks are needed, which routes are optimal, etc. 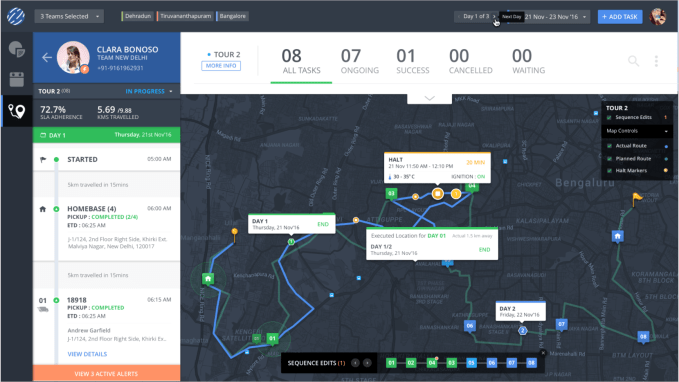 Co-founder and CEO Rastogi described the role as that of “chief supply chain officer.”

“We want to automate all human decisions around logistics,” he explained to TechCrunch in an interview, adding that the business makes use of machine learning and artificial intelligence to suss out routes and operational approaches.

He added that the machine-based approach can trump human logic in some cases, thanks to the sheer amounts of data it is based on. In one example, he explained how the Locus system had advised trucks taking a long haul trip to return to the client HQ using a different route. Initially the team figured there was a problem, but on closer inspection they found that the return route cut out a steep hill which, while fine to travel down on the outbound led, was best avoided on the return trip.

That decision, Rastogi said, was based on travel data that the system had observed and might not ordinarily have been made by human-based analysts. To help with the system, the company also provides a $500-priced scanner — “SizeUp,” pictured below — for measuring packages. The idea is to not only make the tech portable but affordable enough that it can be used companies of all sizes. 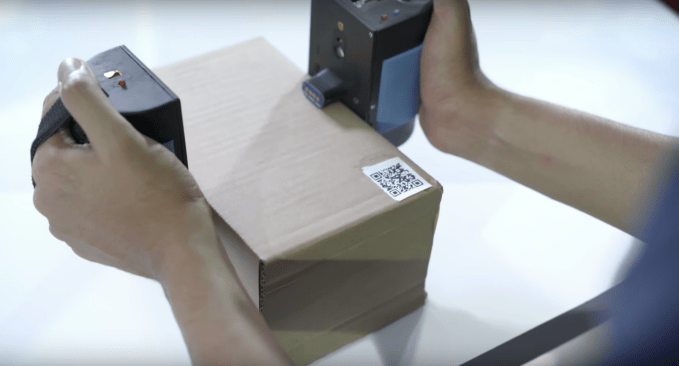 The company began to expand to overseas markets this year with moves into North America — both Canada and the U.S. — and Southeast Asia. Rastogi said the new capital will go towards expanding its presence in those markets. Later this year, he said, Locus plans to raise a “significant” Series B round, among the objectives for that is a dedicated technical team in Tel Aviv to complement the work happening in India.