Yet Instagram has never explained exactly how the algorithm chooses what to show you until today. The Facebook-owned company assembled a group of reporters at its under-construction new San Francisco office to take the lid off the Instagram feed ranking algorithm. 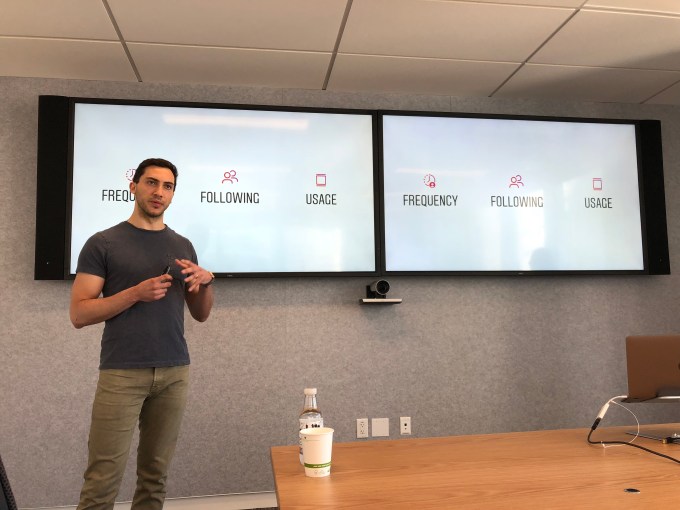 Instagram relies on machine learning based on your past behavior to create a unique feed for everyone. Even if you follow the exact same accounts as someone else, you’ll get a personalized feed based on how you interact with those accounts.

Three main factors determine what you see in your Instagram feed:

Beyond those core factors, three additional signals that influence rankings are:

Instagram’s team also responded to many of the most common questions and conspiracy theories about how its feed works. TechCrunch can’t verify the accuracy of these claims, but this is what Instagram’s team told us:

Today’s Instagram whiteboard session with reporters, its first, should go a long way to clearing up misunderstandings about how it works. When people feel confident that their posts will reach their favorite people, that they can reliably build a public audience, and that they’ll always see great content, they’ll open the app more often.

Yet on the horizon looms a problem similar to what Facebook’s algorithm experienced around 2015: competition reduces reach. As more users and businesses join Instagram and post more often, but feed browsing time stays stable per user, the average post will get drowned out and receive fewer views. People will inevitably complain that Instagram is trying to force them to buy ads, but it’s a natural and inevitable consequence of increasingly popular algorithmic feeds.

The more Instagram can disarm that problem by pushing excess content creation to Stories and educating users about how the feed operates, the less they’ll complain. Facebook is already uncool, so Instagram must stay in our good graces.