At Google I/O in May, the company introduced a series of time management tools for Android users that help better manage screen time, track app usage, and limit the phone’s ability to distract, including a “shush” mode which turns on Do Not Disturb by flipping the phone over, and a “wind down,” color reduction mode for bedtime. Now, it seems Apple will follow suit with its own digital wellbeing features in an upcoming release of the iOS mobile operating system, a new report claims.

According to Bloomberg, Apple will introduce a new set of digital wellbeing features for iOS users at its Worldwide Developer Conference (WWDC) in San Jose on Monday.

The tools will be later released as a part of iOS 12 operating system for iPhone and iPad devices, which typically arrives in the fall.

The report was light on details in terms of which specific metrics Apple will track, but says those details will arrive in a new menu inside the Settings app in iOS 12.

The initiative, called “Digital Health,” will monitor how much time users spend on devices, but it’s unclear if it will also include tools that help users silence their phones using new gestures or settings, or otherwise disengage from their devices.

The digital wellbeing movement is part of a fairly recent course correction for Silicon Valley tech companies, which are now being held accountable for the addictive nature of the devices, apps and services they’ve created. 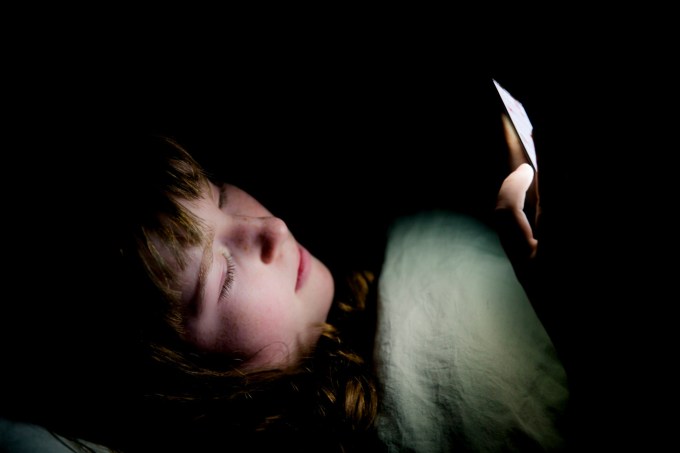 From the beginning, tech company engineers and designers were encouraged to make their products ever more engaging by taking advantage of specific design patterns that prompt regular, addictive usage of their products, and those that increase users’ time spent in apps.

But more recently, some tech execs have come to espouse regrets for what they’ve built. Former Facebook president Sean Parker stated Facebook’s design exploited weakness in the human psyche to addict users, and said he worried about what it was doing to kids’ brains. Meanwhile, former Google exec Tristan Harris launched a coalition of technologists and activists called the Center for Humane Technology, which aims to encourage “humane design” – that is, design that reduces distractions and stress, and keeps people from being hooked on their devices.

Now the industry giants are putting some of these principles into practice.

Facebook earlier this year changed how its News Feed operates to reduce users’ time spent on the site in favor of well-being. Instagram last month introduced its first time well spent feature, by informing users “you’re all caught up” when they’ve viewed all the new posts. Google launched parental control tools in its Family Link service that allow parents to limit kids’ screen time, and introduced the above-mentioned digital wellness features for Android in May.

If Apple were to avoid the topic, it would be the odd one out at this point.

The new digital wellbeing tools will likely be detailed during Monday’s WWDC keynote address, and may include some additional protections for children through an update to iOS’s parental controls. We do know that more robust parental controls are at least coming, as Apple promised this explicitly following criticism from major shareholders about children’s iPhone addiction.