It’s not enough in this day and age that we have to deal with fake news, we also have to deal with fake prescription drugs, fake luxury goods, and fake Renaissance-era paintings. Sometimes all at once! IBM’s Verifier is a gadget and platform made (naturally) to instantly verify that something is what it claims to be, by inspecting it at a microscopic level.

Essentially you stick a little thing on your phone’s camera, open the app, and put the sensor against what you’re trying to verify, be it a generic antidepressant or an ore sample. By combining microscopy, spectroscopy, and a little bit of AI, the Verifier compares what it sees to a known version of the item and tells you whether they’re the same.

The key component in this process is an “optical element” that sits in front of the camera (it can be anything that takes a decent image) amounting to a specialized hyper-macro lens. It allows the camera to detect features as small as a micron — for comparison, a human hair is usually a few dozen microns wide.

At the micron level there are patterns and optical characteristics that aren’t visible to the human eye, like precisely which wavelengths of light it reflects. The quality of a weave, the number of flaws in a gem, the mixture of metals in an alloy… all stuff you or I would miss, but a machine learning system trained on such examples will pick out instantly. 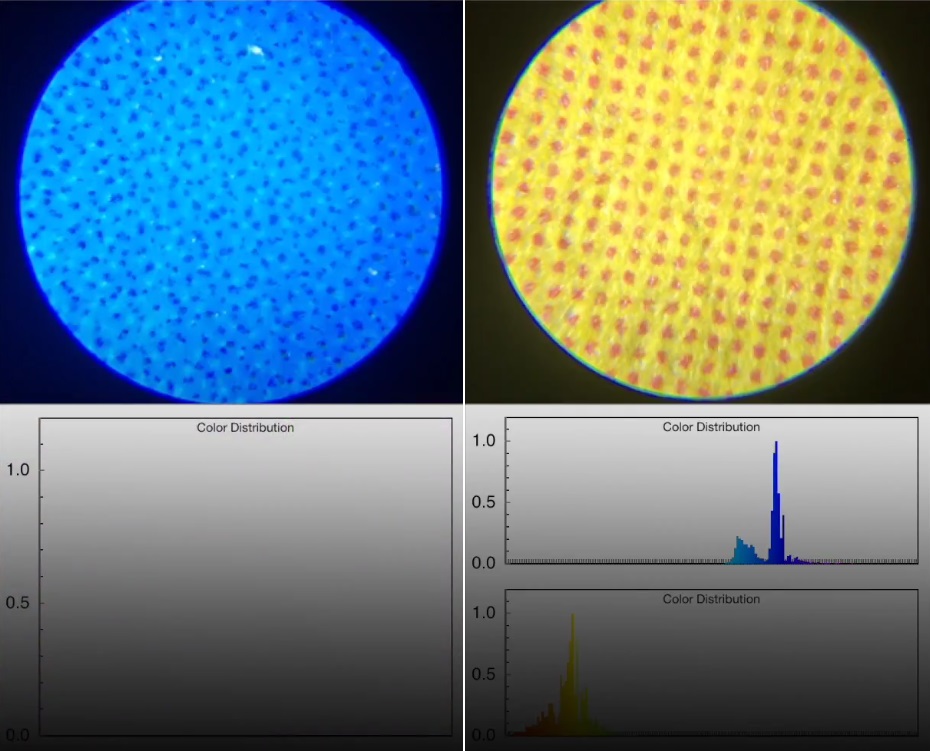 For instance a counterfeit pill, although orange and smooth and imprinted just like a real one if one were to just look at it, will likely appear totally different at the micro level: textures and structures with a very distinct pattern, or at least distinct from the real thing — not to mention a spectral signature that’s probably way different. There’s also no reason it can’t be used on things like expensive wines or oils, contaminated water, currency, and plenty of other items.

IBM was eager to highlight the AI element, which is trained on the various patterns and differentiates between them, though as far as I can tell it’s a pretty straightforward classification task. I’m more impressed by the lens they put together that can resolve at a micron level with so little distortion and not exclude or distort the colors too much. It even works on multiple phones — you don’t have to have this or that model.

The first application IBM is announcing for its Verifier is as a part of the diamond trade, which is of course known for fetishizing the stones and their uniqueness, and also establishing elaborate supply trains to ensure product is carefully controlled. The Verifier will be used as an aide for grading stones, not on its own but as a tool for human checkers; it’s a partnership with the Gemological Institute of America, which will test integrating the tool into its own workflow.

By imaging the stone from several angles, the individual identity of the diamond can be recorded and tracked as well, so that its provenance and trail through the industry can be tracked over the years. Here IBM imagines blockchain will be useful, which is possible but not exactly a given.

It’ll be a while before you can have one of your own, but here’s hoping this type of tech becomes popular enough that you can check the quality or makeup of something at least without having to visit some lab.