After taking tens of thousands of crowdfunding pre-orders for a high-end pair of “3D sound” headphones, audio startup Ossic announced this weekend it is shutting down the company and backers will not be receiving refunds.

The company raised $3.2 million across Kickstarter and Indiegogo for their Ossic X headphones, which they pitched as a pair of high-end head-tracking headphones that would be perfect for listening to 3D audio, especially in a VR environment. While the company also raised a “substantial seed investment,” in a letter on the Ossic website, the company blamed the slow adoption of virtual reality alongside their crowdfunding campaign stretch goals that bogged down their R&D team.

“This was obviously not our desired outcome. The team worked exceptionally hard and created a production-ready product that is a technological and performance breakthrough. To fail at the 5 yard-line is a tragedy. We are extremely sorry that we cannot deliver your product and want you to know that the team has done everything possible including investing our own savings and working without salary to exhaust all possibilities.”

We have reached out to the company for additional details.

Through January 2017, the San Diego company had received more than 22,000 pre-orders for their Ossic X headphones. This past January, Ossic announced they had shipped out the first units to the 80 backers in their $999 developer tier headphones. In that same update, the company said they would enter “mass production” by late spring 2018. 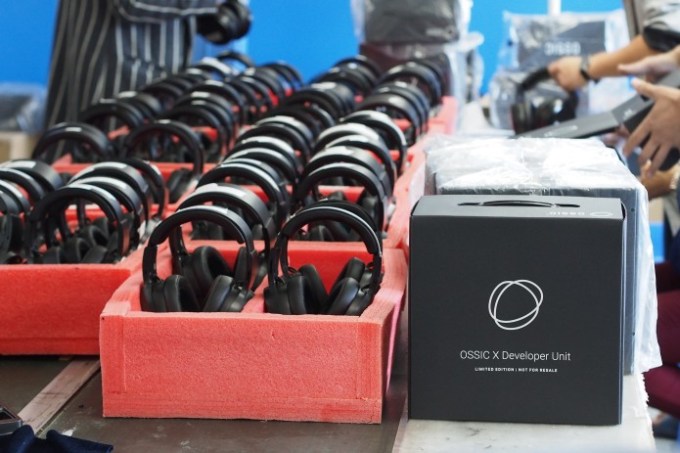 In the end, after tens of thousands of pre-orders, Ossic only built 250 pairs of headphones and only shipped a few dozen to Kickstarter backers.

Crowdfunding campaign failures for hardware products are rarely shocking, but often the collapse comes from the company not being able to acquire additional funding from outside investors. Here, Ossic appears to have been misguided from the start, and even with $3.2 million in crowdfunding and seed funding, which they said nearly matched that number, they were left unable to begin large-scale manufacturing. The company said in their letter that it would likely take more than $2 million in additional funding to deliver the existing backlog of pre-orders.

Backers are understandably quite upset about not receiving their headphones. A group of more than 1,200 Facebook users have joined a recently created page threatening a class action lawsuit against the team.

Update: A representative from Indiegogo stated that the figure on their site included the funds raised by Kickstarter, putting total crowdfunding of Ossic X at $3.2 million, not $5.9 million.