A new app called Siempo wants to un-addict you from your smartphone and its numerous attention-stealing apps. To do so, Siempo replaces an Android device’s homescreen, while also taking advantage of a number of design principles to push distractions further away, and give you more control over your notifications.

The startup, which launched a few weeks ago on Google Play, actually began as a hardware company.

A hardware startup shifts to software

In 2015, the original co-founders Andreas Gala and Jorge Selva began developing a minimalist feature phone device called Minium, in response to their concerns with today’s always-on culture. But designing hardware from scratch is hard, so they pivoted to making a mindful smartphone called Siempo using an existing handset from China.

“I struggled with smartphone and social media addiction as a teenager and had been working on a wearable to help people balance their relationship with tech,” explains Dunn. And Mayank, he says, “had become increasingly concerned about raising balanced children in the digital age,” prior to joining Siempo. 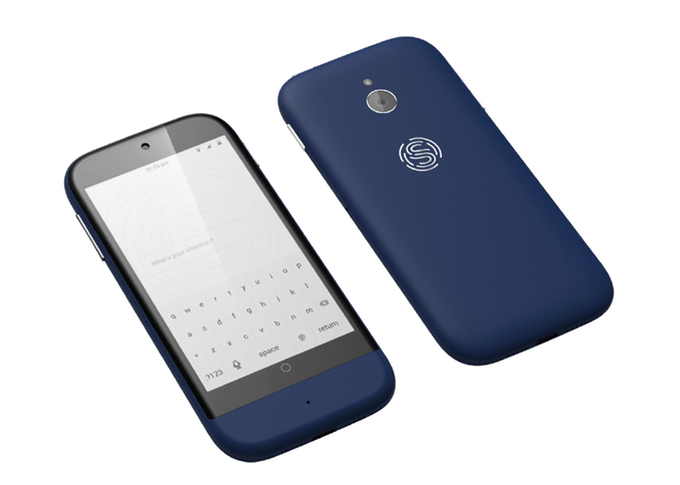 Unfortunately, when the company tried raising funds on Kickstarter in 2017, it didn’t meet its goal.

What the team had underestimated was how difficult it is to convince people to switch smartphones. And in this case, it wasn’t just asking them to buy new hardware – it was a request to try a whole new type of mobile experience, too.

Although the Kickstarter failed, it had provided the team with valuable feedback. 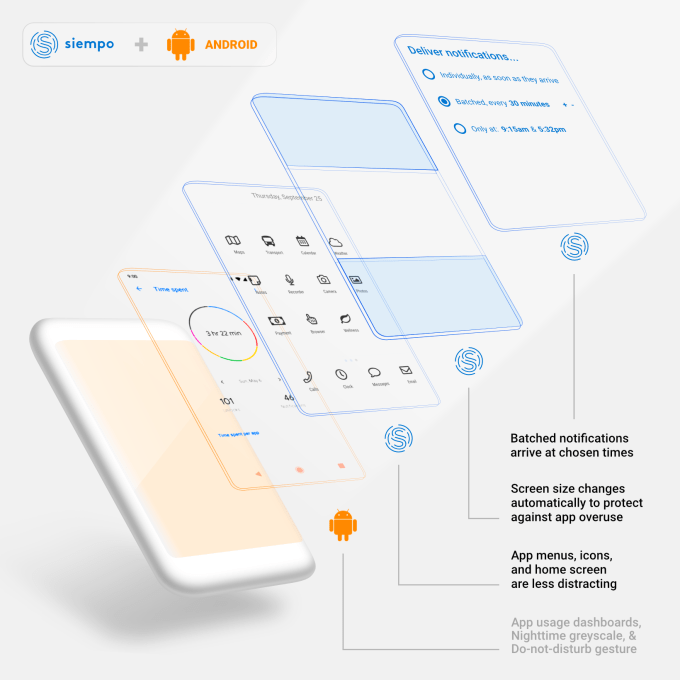 “When we launched our Kickstarter campaign, we heard from dozens of potential backers that they loved our concept but would much prefer to try and pay for a software version on their existing devices,” says Dunn. “We knew we could still build ninety-five percent of what we wanted to, so it was a clear path to explore.”

At this point, the original co-founders moved on to other projects, leaving Dunn to take the helm.

The new project, he says, appealed to him because of the negative nature of today’s technology.

“The attention economy is making people more distracted, stressed, lonely and depressed,” Dunn says. “Big Tech is unlikely to take meaningful leadership in humane design, and individuals are at a loss for what to do because developing healthier digital habits is a long-term, manual, iterative process,” he adds.

Siempo, currently in beta, aims to address this problem with a set of features that should appeal to anyone questioning if they’ve become too addicted to their phone.

After downloading the launcher from the Play Store, you can set Siempo as your default home app – meaning, you’ll now interact with its humanely designed interface instead of the stock version from your smartphone’s maker.

To lessen your attachment to your device, Siempo reverses some of the persuasive, psychologically addicting techniques that have been built into our phone software and mobile apps by developers who specifically engineered their apps to increase user engagement, without fully understanding the ethics of that decision.

Entire OS platforms and massive social media companies like Facebook have, over the years, created systems to reward users who continually check in with their phones. These dopamine-driven feedback loops create a cycle of smartphone addiction, with users having no tools to fight back beyond their own willpower.

The world is just now starting to wake up to these mistakes, including some people who built the systems in the first place.

And digital wellness is now a movement raking in millions.

Siempo fits in within this broader category of self-care apps focused on a more balanced use of technology.

Once installed, Siempo makes your homescreen a calmer interface, without things like badged icons or colorful corporate logos. Here, you can personalize a message that appears when you unlock your phone – like a daily mantra – and in an update rolling out Wednesday, you’ll be able to set a custom background or turn on a dark mode. 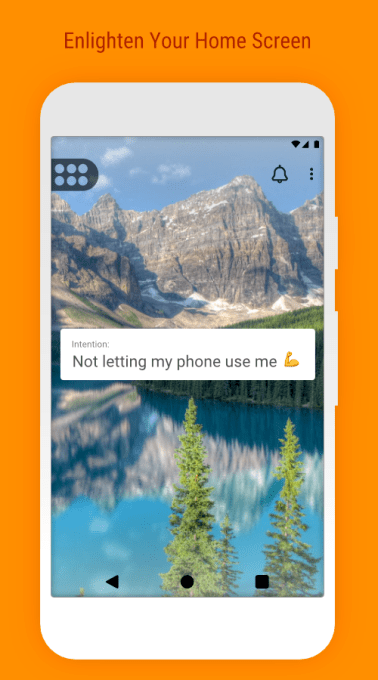 One of the launcher’s key features is how it lets you batch your notifications.

Instead of allowing apps to alert you at any time they choose, you can configure your phone to send your alerts on a schedule you prefer – like every half hour, the top of the hour, or – if you want to go all in – just once per day. (You can choose which apps, if any, are allowed to break through.)

Siempo also leverages a number of design techniques to distance you from your distractions, including by unbranding app icons and turning them to greyscale. 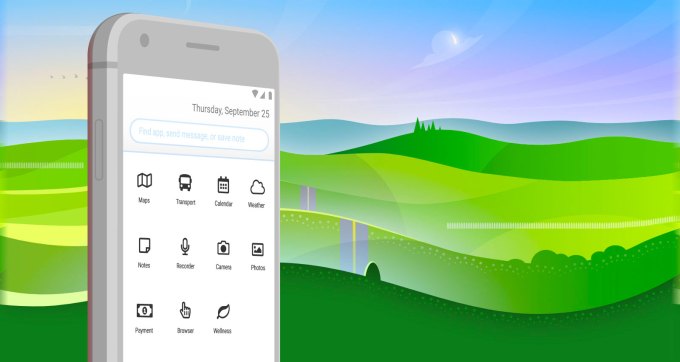 Plus, the launcher organizes apps into a tiered menu system where distracting apps are further away on a third page, and the location of those apps is randomized upon each visit to prevent unconscious opens and usage.

“Users have reported that merely the act of identifying which apps they want to use less creates a huge shift in their relationship with that app,” notes Dunn.

The app has now been endorsed by the Center for Humane Technology as an example of humane design. 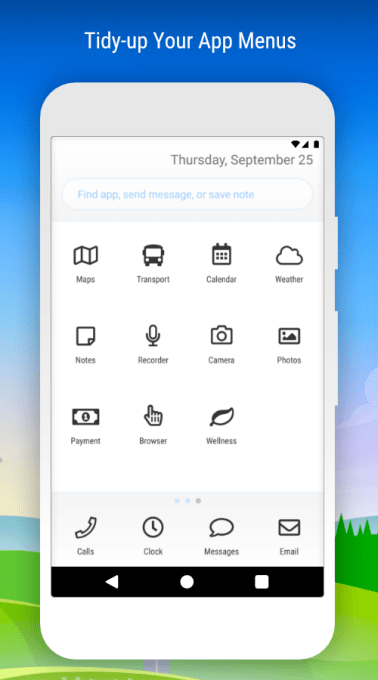 Siempo has raised funds from Backstage Capital and other investors for its project. To date, Siempo raised $555,000 for its hardware project and $400,000 for its software.

The app is free during its beta, but plans to implement a pay-as-you-want subscription starting at $1 per month – this will make the app accessible to everyone, no matter how much they can spend. The company says it’s also talking to several startup smartphone brands to become their default interface.

“Siempo will be a unified layer across all your tools – smartphone, desktop, tablet, wearables, etc. – protecting your attention, preventing unconscious usage and improving mental health,” he says. “We are excited to build out an A.I. interface that can learn the user’s behavior and adjust their digital world to support their goals and intentions,” Dunn adds, speaking of what he envisions Siempo can become.

“We aim to be a good, trusted, impactful tech company that is on the user’s side, respecting their wellbeing and privacy,” he says.

The app is available on Google Play, as that platform allows for this level of change and customization. A modified version may arrive on iOS in the future.