An IoT-enabled lab for cannabis farmers, a system for catching drones mid-flight and the Internet of Cows are a few of the 17 startups exhibiting today at Alchemist Accelerator’s 18th demo day. The event, which will be streamed live here, focuses on big data and AI startups with an enterprise bent.

The startups are showing their stuff at Juniper’s Aspiration Dome in Sunnyvale, California at 3pm today, but you can catch the whole event online if you want to see just what computers and cows have in common. Here are the startups pitching onstage. 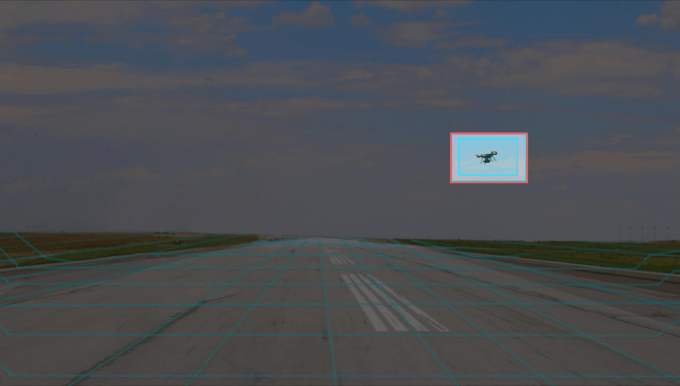 Tarsier – Tarsier has built AI computer vision to detect drones. The founders discovered the need while getting their MBAs at Stanford, after one had completed a PhD in aeronautics. Drones are proliferating. And getting into places they shouldn’t — prisons, R&D centers, public spaces. Securing these spaces today requires antiquated military gear that’s clunky and expensive. Tarsier is all software. And cheap, allowing them to serve markets the others can’t touch.

Lightbox – Retail 3D is sexy — think virtual try-ons, VR immersion, ARKit stores. But creating these experiences means creating 3D models of thousands of products. Today, artists slog through this process, outputting a few models per day. Lightbox wants to eliminate the humans. This duo of recent UPenn and Stanford Computer Science grads claim their approach to 3D scanning is pixel perfect without needing artists. They have booked $40,000 to date and want to digitize all of the world’s products.

Vorga – Cannabis is big business — more than $7 billion in revenue today and growing fast. The crop’s quality — and a farmer’s income — is highly sensitive to a few chemicals in it. Farmers today test the chemical composition of their crops through outsourced labs. Vorga’s bringing the lab in-house to the cannabis farmer via their IoT platform. The CEO has a PhD in chemical physics, and formerly helped the Department of Defense keep weapons of mass destruction out of the hands of terrorists. She’s now helping cannabis farmers get high… revenue.

Neulogic – Neulogic is founded by a duo of Computer Science PhDs that led key parts of Walmart.com product search. They now want to solve two major problems facing the online apparel industry: the need to provide curated inspiration to shoppers and the need to offset rising customer acquisition costs by selling more per order. Their solution combines AI with a fashion knowledge graph to generate outfits on demand.

Intensivate – Life used to be simple. Enterprises would use servers primarily for function-driven applications like billing. Today, servers are all about big data, analytics and insight. Intensivate thinks servers need a new chip upgrade to reflect that change. They are building a new CPU they claim gets 12x the performance for the same cost. Hardware plays like this are hard to pull off, but this might be the team to do it. It includes the former co-founder and CEO of CPU startup QED, which was acquired for $2.3 billion, and a PhD in parallel computation who was on the design team for the Alpha CPU from DEC.

Integry – SaaS companies put a lot of effort into building out integrations. Integry provides app creators their own integrations marketplace with pre-boarded partners so they can have apps working with theirs from the get go. The vision is to enable app creators to mimic their own Slack app directory without spending the years or the millions. Because these integrations sit inside their app, Integry claims setup rates are significantly better and churn is reduced by as much as 40 percent.

Cattle Care – AI video analytics applied to cows! Cattle Care wants to increase dairy farmers’ revenue by more than $1 million per year and make cows healthier at the same time. The product identifies cows in the barn by their unique black and white patterns. Algorithms collect parameters such as walking distance, interactions with other cows, feeding patterns and other variables to detect diseases early. Then the system sends alerts to farm employees when they need to take action, and confirms the problem has been solved afterwards.

VadR – VR/AR is grappling with a lack of engaging content. VadR thinks the cause is a broken feedback loop of analytics to the creators. This trio of IIT-Delhi engineers has built machine learning algorithms that get smarter over time and deliver actionable insights on how to modify content to increase engagement.

Tika – This duo of ex-Googlers wants to help engineering managers manage their teams better. Managers use Tika as an AI-powered assistant over Slack to facilitate personalized conversations with engineering teams. The goal is to quickly uncover and resolve employee engagement issues, and prevent talent churn.

GridRaster – GridRaster wants to bring AR/VR to mobile devices. The problem? AR/VR is compute-intensive. Latency, bandwidth and poor load balancing kill AR/VR on mobile networks. The solution? For this trio of systems engineers from Broadcom, Qualcomm and Texas Instruments, it’s about starting with enterprise use cases and building edge clouds to offload the work. They have 12 patents.

AitoeLabs – Despite the buzz around AI video analytics for security, AitoeLabs claims solutions today are plagued with hundreds of thousands of false alarms, requiring lots of human involvement. The engineering trio founding team combines a secret sauce of contextual data with their own deep models to solve this problem. They claim a 6x reduction in human monitoring needs with their tech. They’re at $240,000 ARR with $1 million of LOIs.

Ubiquios – Companies building wireless IoT devices waste more than $1.8 billion because of inadequate embedded software options making products late to market and exposing them to security and interoperability issues. The Ubiquios wireless stack wants to simplify the development of wireless IoT devices. The company claims their stack results in up to 90 percent lower cost and up to 50 percent faster time to market. Qualcomm is a partner.

4me, Inc. – 4me helps companies organize and track their IT outsourcing projects. They have 16 employees, 92 customers and generate several million in revenue annually. Storm Ventures led a $1.65 million investment into the company.

TorchFi – You know the pop-up screen you see when you log into a Wi-Fi hotspot? TorchFi thinks it’s a digital gold mine in the waiting. Their goal is to convert that into a sales channel for hotspot owners. Their first product is a digital menu that transforms the login screen into a food ordering screen for hotels and restaurants. Cisco has selected them as one of 20 apps to be distributed on their Meraki hotspots.

Cogitai – This team of 16 PhDs wants to usher in a more powerful type of AI called continual learning. The founders are the fathers of the field — and include professors in computer science from UT Austin and U Michigan. Unlike what we commonly think of as AI, Cogitai’s AI is built to acquire new skills and knowledge from experience, much like a child does. They have closed $2 million in bookings this year, and have $5 million in funding.

LoadTap – On-demand trucking apps are in vogue. LoadTap explicitly calls out that it is not one. This team, which includes an Apple software architect and founder with a family background in trucking, is an enterprise SaaS-only solution for shippers who prefer to work with their pre-vetted trucking companies in a closed loop. LoadTap automates matching between the shippers and trucking companies using AI and predictive analytics. They’re at $90,000 ARR and growing revenue 50 percent month over month.

Ondaka – Ondaka has built a VR-like 3D platform to render industrial information visually, starting with the oil and gas industry. For these industrial customers, the platform provides a better way to understand real-time IoT data, operational and job site safety issues and how reliable their systems are. The product launched two months ago, they have closed three customers already and are projecting ARR in the six figures. They have raised $350,000 in funding.