After 14 months of silence since launching, Facebook Stories has finally announced a 150 million daily active user count for its Snapchat Stories clone. And now it’s time to earn some money off it. Facebook Stories will start testing its first ads today in the U.S., Mexico and Brazil.

They’re 5- to 15-second video ads users can skip, and while there’s no click-through or call to action now, Facebook plans to add that in the coming months. Advertisers can easily extend their Instagram Stories ads to this new surface, or have Facebook automatically reformat their News Feed ads with color-matched borders and text at the bottom. Facebook also plans to give businesses more metrics on their Stories performance to convince them the feature is worth their ad dollars. 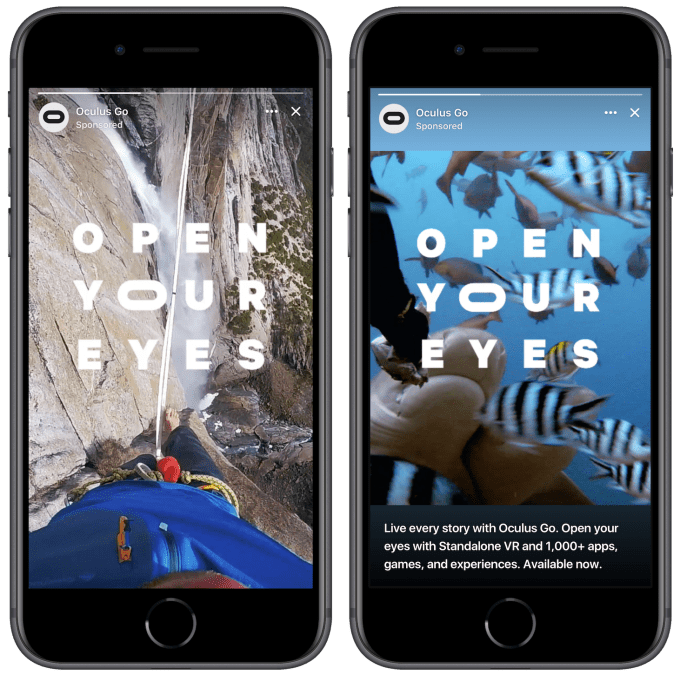 Advertisers can extend their Instagram Stories ads to Facebook Stories (left), or have Facebook reformat their News Feed ads with color-matched image borders and ad copy text shown at the bottom

Facebook has to nail Stories ads to preserve its business, as CPO Chris Cox said this month that Stories sometime next year will surpass feed posts as the top way to share. CEO Mark Zuckerberg warned that Facebook must ensure “that ads are as good in Stories as they are in feeds. If we don’t do this well, then as more sharing shifts to Stories, that could hurt our business.” Despite criticism that the feature is obtrusive and redundant with Instagram Stories, Facebook is proving there’s no retreating from the ephemeral slideshow format. And Snapchat could see ad spend slip over to Facebook, especially since the big blue social network has so much targeting data on us.

The race for storytellers

My first question was how Facebook is defining a daily user for Stories. It’s anyone who watches a Story on Facebook’s app or site. That’s useful, because it means it’s not counting users who simply cross-post their Stories from Instagram or Messenger to Facebook, which would inflate the number. It’s a testament to the coercive power of the top-of-feed Stories design that Instagram pioneered and Facebook brought over, and it’s already testing bigger Stories preview tiles.

Instagram Stories also started showing ads when it hit 150 million users, though that was just five months after launch, while it’s taken Facebook Stories 14 months to get there. 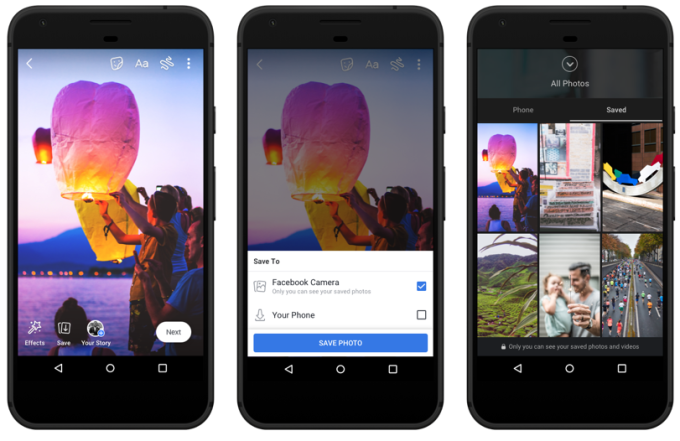 The real opportunity for Facebook’s future engagement growth is bringing the Stories format to the international market that Snapchat has largely neglected for four years and only recently got serious about by re-engineering its Android app. WhatsApp capitalized on Snap’s focus on U.S. teens by surging to become the top Stories product thanks to youth across the globe. And now Facebook is specifically building Stories features for countries like India, such as the new audio posts to help users with non-native language keyboards, and cloud storage so you can privately save photos and videos to Facebook for those without room on their phones. 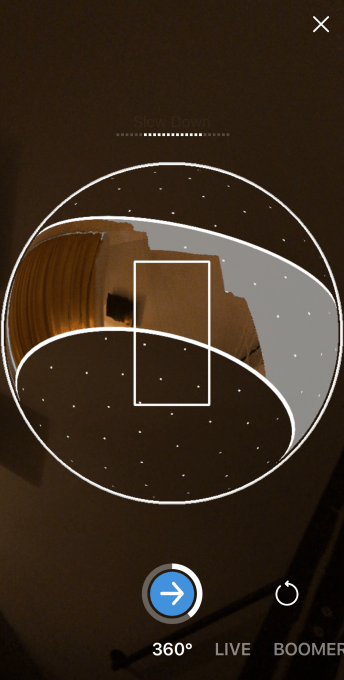 Since testing in January 2017 and then launching in March 2017, Facebook has been rapidly iterating on its version of Stories in hopes of making it more unique and apt to its audience. That includes adding cross-posting from its other apps and a desktop interface, advanced shutter formats like Boomerang and new augmented reality features like 3D doodling and real-world QR and image triggers that anchor AR to a location.

Oh, and there’s one bonus unannounced feature we’ve spotted. Facebook Stories can now shoot 360 photos without a 360 camera. It uses a cool interface that shows you where to “paint” your camera over your surroundings, so unlike a panorama where you only get one shot, you can go back and fill in missed spots.

All of Facebook’s efforts seem to be paying off. Snapchat sunk to its slowest daily user growth rate ever, a paltry 2.13 percent last quarter, while the much more saturated Facebook grew a strong 3.42 percent. Snapchat actually shrank in user count during March.

That might have been the signal Facebook needed to start putting ads in its Stories. It’s effectively beaten Snapchat into submission. Without as strong of a competitor, Facebook has more leeway to pollute the Stories user experience with ads. And that comes just as Snapchat is desperate to ramp up ad sales after missing revenue estimates in Q1 and mounting losses of $385 million.

“Ads in stories have added a lot of value for businesses on Instagram, and we believe we can do the same on Facebook,” Facebook product manager Zoheb Hajiyani tells me. “Ensuring that this is a good experience for people using the product will be our top priority.” Facebook has lined up a number of ad test partners it’s not disclosing, but also will be running its own ads for Oculus inside Stories.

With existing Facebook and Instagram advertisers able to easily port their ads over to Facebook Stories, and much greater total reach, they might not go to the trouble of advertising on Snap unless they seek young teens. Stories could in fact be the answer to Facebook’s issue with running out of ad space in the News Feed while it shuts down its sidebar units. Stories could generate the ad inventory needed to keep pushing more marketing into the social network.

Stories were inevitable. First launched by Snapchat in October 2013, it took almost three years for Facebook to wake up to the format as an existential threat to the company. But with the quick success of Instagram’s clone, Facebook has wisely swallowed its pride and pivoted its apps toward this style of visual communication. It was another moment, like the shift to mobile, where Facebook could have faltered. But willingness to admit its mistakes and ruthlessly compete may have won another epoch of social dominance.

For more on Stories, check out our feature piece: