If you’ve ever been hiking or skiing, or gone to a music festival or state fair, you know how easy it is to lose track of your friends, and the usually ridiculous exchange of “I’m by the big thing”-type messages. Lynq is a gadget that fixes this problem with an ultra-simple premise: it simply tells you how far and in what direction your friends are, no data connection required.

Apart from a couple of extra little features, that’s really all it does, and I love it. I got a chance to play with a prototype at CES and it worked like a charm.

The peanut-shaped devices use a combination of GPS and kinetic positioning to tell where you are and where any linked Lynqs are, and on the screen all you see is: Ben, 240 feet that way. 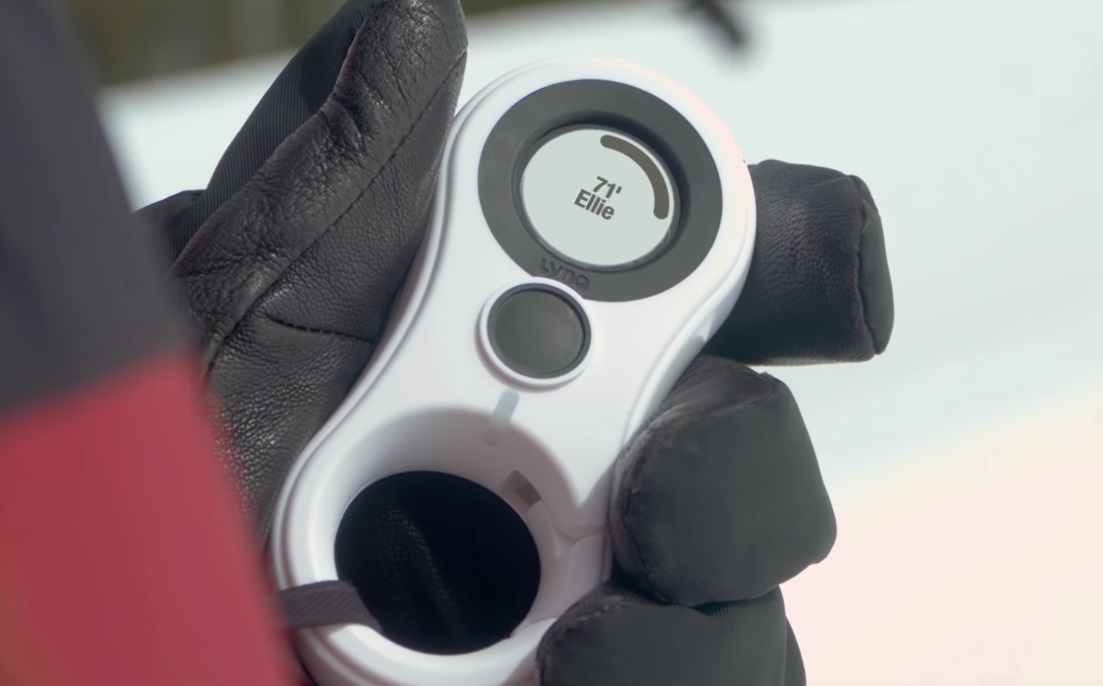 No pins on a map, no coordinates, no turn-by-turn directions. Just a vector accurate to within a couple of feet that works anywhere outdoors. The little blob that points in their direction moves around as quick as a compass, and gets smaller as they get farther away, broadening out to a full circle as you get within a few feet.

Up to 12 can link up, and they should work up to three miles from each other (more under some circumstances). The single button switches between people you’re tracking and activates the device’s few features. You can create a “home” location that linked devices can point toward, and also set a safe zone (a radius from your device) that warns you if the other one leaves it. And you can send basic preset messages like “meet up” or “help.”

It’s great for outdoors activities with friends, but think about how helpful it could be for tracking kids or pets, for rescue workers, for making sure dementia sufferers don’t wander too far.

The military seems to have liked it as well; U.S. Pacific Command did some testing with the Thai Ministry of Defence and found that it helped soldiers find each other much faster while radio silent, and also helped them get into formation for a search mission quicker. All the officers involved were impressed.

Having played with one for half an hour or so, I can say with confidence that it’s a dandy little device, super intuitive to operate, and was totally accurate and responsive. It’s clear the team put a lot of effort into making it simple but effective — there’s been a lot of work behind the scenes.

Because the devices send their GPS coordinates directly to each other, the team created a special compression algorithm just for that data — because if you want fine GPS, that’s actually quite a few digits that need to be sent along. But after compression it’s just a couple of bytes, making it possible to send it more frequently and reliably than if you’d just blasted out the original data.

The display turns off automatically when you let it go to hang by its little clip, saving battery, but it’s always receiving the data, so there’s no lag when you flip it up — the screen comes on and boom, there’s Betty, 450 feet thataway.

The only real issue I had is that the single-button interface, while great for normal usage, is pretty annoying for stuff like entering names and navigating menus. I understand why they kept it simple, and usually it won’t be a problem, but there you go.

Lynq is doing a pre-order campaign on Indiegogo, which I tend to avoid, but I can tell you for sure that this is a real, working thing that anyone who spends much time with friends outdoors will find extremely useful. They’re selling for $154 per pair, which is pretty reasonable, and since that price will probably jump significantly later, I’d say go for it now.