The goal with the Live guide, Hulu had previously said, is to increase viewership of live television on its service.

And much of that viewing is news and sports, he added.

In addition to trying to shift viewers from on-demand programming to live TV, the live TV experience is important to Hulu because of how much of its viewing takes place on television screens. The company said during its Upfronts presentation in New York earlier this month that the majority (78 percent) of viewing on its service takes place in the living room on connected TVs. 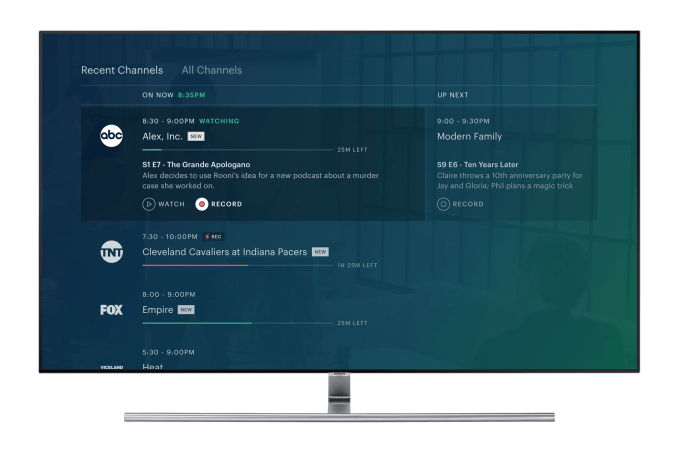 While to some extent viewers may just prefer on-demand programming, Hulu thinks its interface may have also limited discovery of live TV in some cases.

“One thing in particular we’ve heard from you is that at times it can be difficult to see what’s on another channel or flip between two channels you’re watching simultaneously,” noted Hulu VP of product, Richard Irving, in Hulu’s blog post announcing the launch. 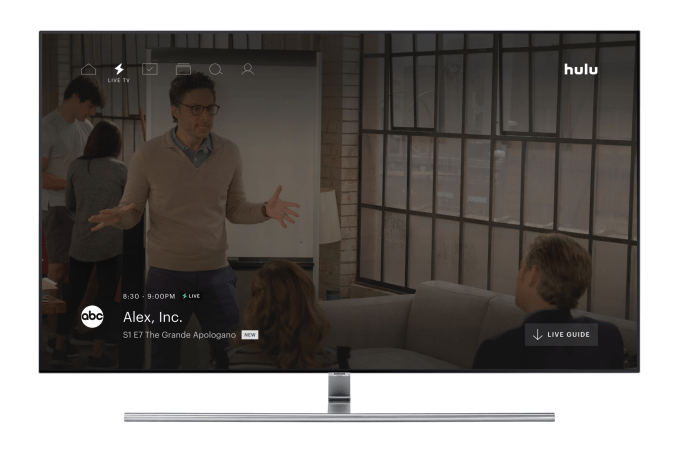 The company last year began testing a live TV destination and guide on its beta website, and found that users preferred this way of browsing live programming.

In the updated Hulu interface, you’ll notice a new lightning bolt icon to the right of the Home icon that takes you to live playback on your most recently watched channel. 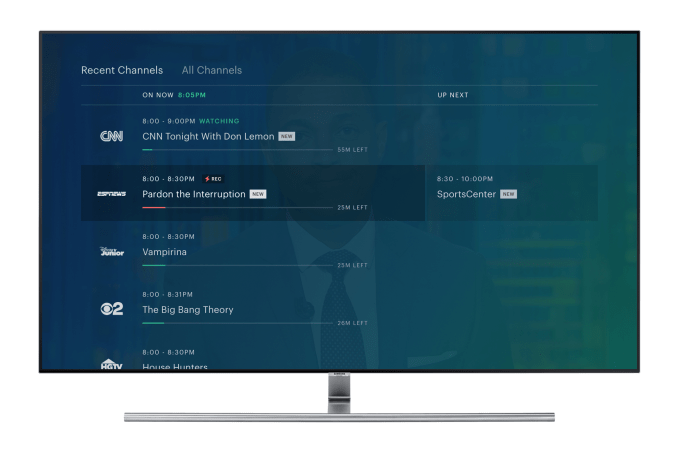 Plus, you’ll be able to pull up the new guide while you’re watching live TV to see what’s on, what’s coming up next or change channels.

You can personalize this guide by sorting by “All Channels” or “Recent Channels,” the latter of which displays the last 10 channels you’ve watched, says Hulu. And from the guide, you can set programming to record to Hulu’s cloud DVR or start shows from the beginning (if they’re shows you can record).

Hulu says the new guide is rolling out to living room devices now, but will come to other platforms soon.