Over the course of the last few days, Google teased a few updates to Android Auto, its platform for bringing its mobile operating system to the car. At its I/O developer conference, the company showed off what the next version of Android Auto will look like and how developers can start preparing their applications for it.

Earlier this week, Google announced that Volvo would build Android Auto directly into its head units, making it one of the first car manufacturers to do so. Typically, Android Auto essentially mirrors your phone — with a special on-screen interface designed for the car. By building Android Auto right into the car, you won’t need a phone. Instead, it’ll be a stand-alone experience and thanks to that, the car manufacturer can also offer a number of custom elements or maybe even support multiple screens. 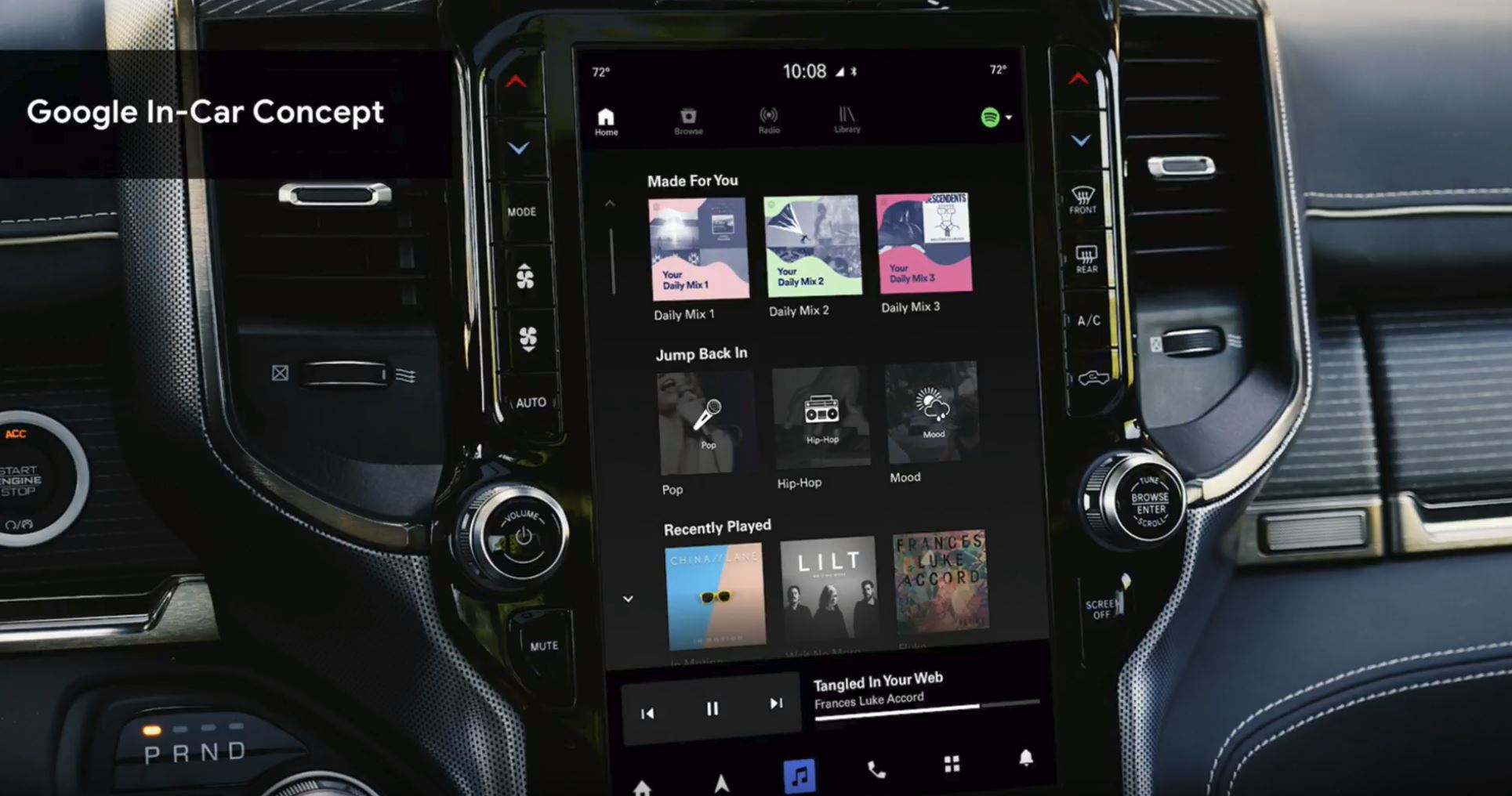 As the Android Auto team noted during its I/O session, in-car screens are starting to get bigger and popping up in different sizes and aspect rations. At the same time, input methods are also evolving and while Google didn’t say so today, it appears the team is looking at how it can support features like a touchpad in the car.

Unsurprisingly, the team is now looking at how it can evolve the Android Auto UI to better support these different screens. As the team showed in today’s session, that could mean using a wide-screen display in the car to show both the Google Maps interface and a media player side-by-side.

Developers won’t have to do anything to support these new screen sizes and input mechanisms since the Android Auto platform will simply handle that for them.

The new concept design for a built-in Android Auto experience the company showed today looks quite a bit like its integration with Volvo. It relies on a large vertical screen and a user interface that is deeply integrated with the rest of the car’s functions.

“The goal of this concept is to adapt Android Auto’s design to a vehicle-specific theme,” Google’s Lauren Wunderlich said in today’s session. “This includes additional ergonomic details and nods to the vehicle’s interior design.”

As part of today’s preview, Google showcased a few new features, including an improved search experience, which developers will have to support in their apps. This new experience will allow developers to group results by groups, say playlists and albums in a music app, for example (and interesting, Google mostly highlighted Spotify as a music app in today’s session and not its own Google Play Music service). 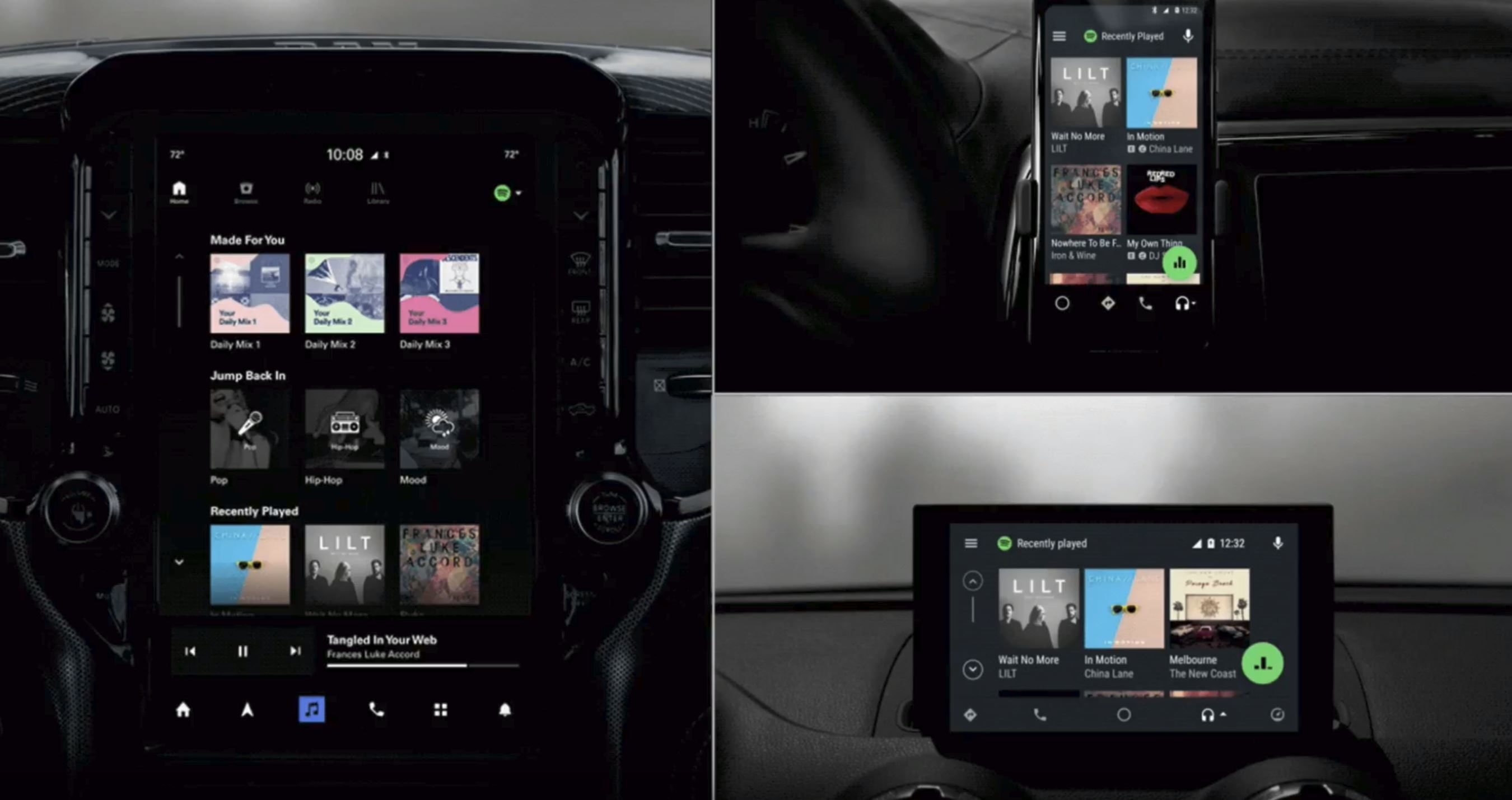 Google is also introducing a couple of new user interface elements in the media player like an explicit content warning and an icon that lets you see when a playlist has been downloaded to your device, for example.

But Google also briefly showed a slide with a few more items on its roadmap for Android P in the car. Those include support for things like integrations between driver assistant systems and Maps data, for example, as well as ways to suspend Android Auto to RAM for, I assume, the built-in version. 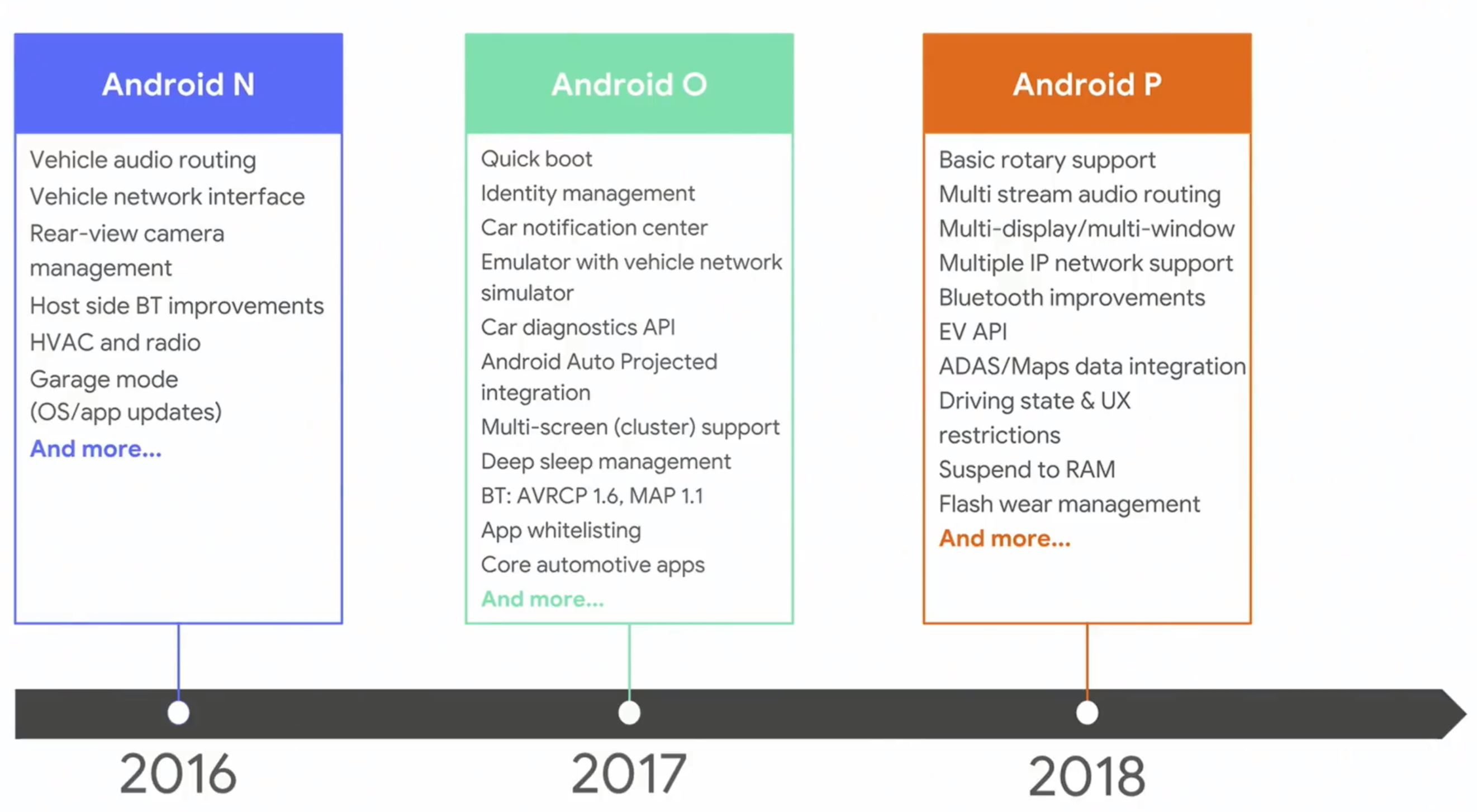 Google hasn’t shared any exact numbers that would allow us to quantify the popularity of Android Auto, but the team did say that “thousands of apps” now support the platform, a number that’s up 200 percent since last year. As more car manufacturers support it, the number of overall users has also increased and the team today reported over 300 percent user growth in the last year.