Social media stars have always been treated like nobodies instead of VIPs on Snapchat. Despite pioneering the Stories and creative tools they love, the lack of support saw many drift to YouTube’s ad dollars and Instagram’s bigger audience. Now Snap CEO Evan Spiegel is finally stepping up to win back their favor and their content. 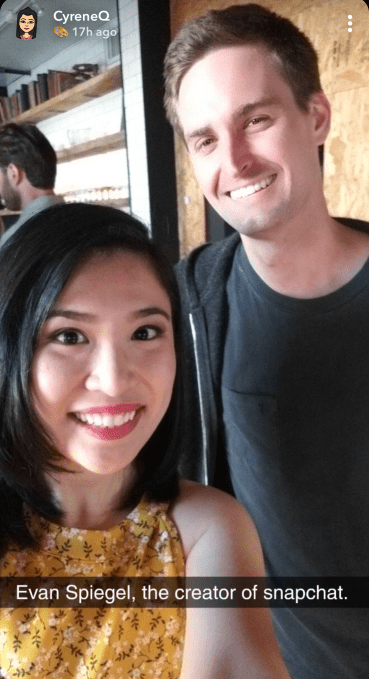 Last night, Spiegel joined 13 top Snapchat stars, ranging from the U.S. to as far as Lebanon, for dinner at the company’s first Creators Summit in LA. Flanked by a dozen Snap execs and product managers, Spiegel tried to impress upon the assembled artists, comedians and storytellers that the company is turning over a new leaf in how it will treat them. Today the creators sat with Snap VP of Content Nick Bell to give the company an unfiltered understanding of the tools they need and give input on Snapchat’s product roadmap.

“The goal of our first creator summit was to listen and learn from them about how we can continue to strengthen opportunities for them on Snapchat — and continue to empower our community to express themselves and have fun together,” Bell told TechCrunch. “We are grateful to each of them for coming to the table with candid feedback and are excited about the possibilities ahead.” Snapchat confirms to TechCrunch it plans to hold more of these Creator Summits.

Mike Metzler, one of the popular Snappers in attendance, told us, “It’s been refreshing. Snap seems very genuinely interested in listening to what we have to say, and committed to making this an important initiative.” But another questioned whether Snapchat was actually going to make changes or was just playing nice.

A week after Snapchat launched Stories in 2013, I asked “Who will be the first Snapchat Stories celebrity?” Apparently the young company hadn’t thought that through. It had concentrated entirely on the average American teen, to the detriment of power users and the international market. 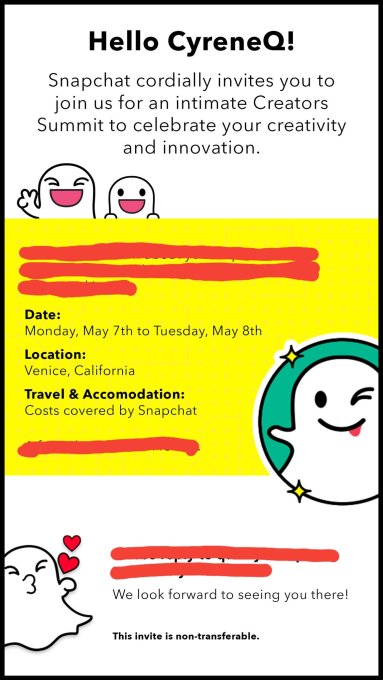 Snapchat’s jankily engineered app crashed constantly for stars with too many followers. There were no advanced analytics about who was watching them or easy ways to prove their audience to brand sponsors. There was no support from Snapchat if they got hacked or locked out of their account. There was no ad revenue share. There was no promotion to help people discover their accounts.

Without a direct alternative, creators gritted their teeth and dealt with it. But when Instagram Stories came along, with its massive audience, Explore page and experienced outreach team for dealing with high-profile accounts, some jumped ship. Others focused their attention on Instagram, or YouTube, where they could at least get a cut of the ad money they generated. Users drifted too, leading many stars to see their view counts drop.

The situation came to a head on Snap’s November 2017 Q3 earnings call. With user growth slumping to a new low, Spiegel announced a change of course. “We have historically neglected the creator community on Snapchat that creates and distributes public Stories for the broader Snapchat audience. In 2018, we are going to build more distribution and monetization opportunities for these creators,” Spiegel admitted.

Snap began rolling out its verification badge, an emoji next to the user name, to social media stars instead of just traditional celebrities. With its recent redesign, it began promoting creators for the first time if they made something engaging enough to become a”Popular Story.” And in February it finally launched analytics for creators, which would help them secure sponsorship deals.

Still, Snap hadn’t done much soft diplomacy. While top creators frequent the offices of YouTube and Instagram, few had been to Snapchat HQ. They needed a face to connect the efforts to.

Spiegel and the stars

“[Spiegel] stopped by last night and was so happy to meet us, get to know us, take a selfie,” says CyreneQ, a prolific Snapper and master of its illustration tools. While he didn’t make any grand remarks, apologies, or proclamations, his presence signaled that the push to help creators was more than just talk. When asked how the Summit went, musician/comedian Shonduras told me, “we collaborated on a lot of ideas and it feels solid.”

The biggest concern amongst the creators was growing their view counts. The recent redesign moved stars, brands and other popular people who don’t follow you back out of the friends Stories list and into the Discover section alongside professionally produced editorial content. One creator said that helped them find more fans, but another who asked not to be named said “It hasn’t been kind to my views.”

Bell and Snapchat listened, and informed the group that it’s going to develop a range of “tools and programs to help the creator community,” CyreneQ told me. Pressed for more details, she demurred, “I wish I could tell you but they’ll send ninjas after me.” 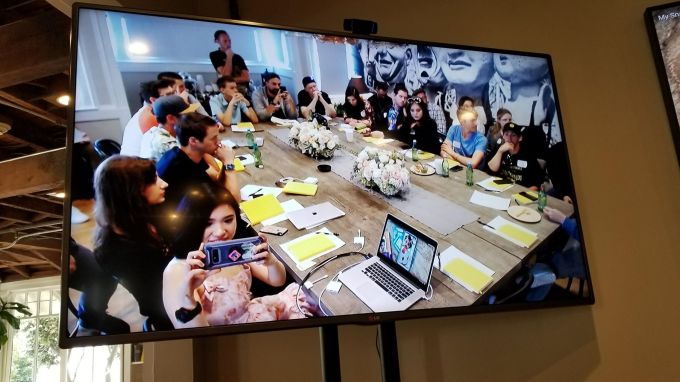 Monetization options should be high on Snapchat’s list. As long as creators are essentially producing content for free, they’ll be susceptible to the pull of other products. And if Snap can’t speed up its total user growth, it must find ways to get teens addicted to stars that boost the time they spend in its app.

Snap can’t afford to screw this up. With its user count actually shrinking in March, it needs their dynamic, personal, niche content to keep teens loyal to Snapchat. The whole point of Snapchat was to create a more personal form of social media. It’s tough for movie actors and rock stars to come off feeling vulnerable and approachable. But creators, who were just normal people a few years ago, could help Snapchat bridge the divide between raw intimacy and polished entertainment.