App revenue continues to climb year-over-year, a large part which can be contributed to the growth of subscription services. Now, Google is looking to make subscribing to apps easier for both consumers and developers alike, with a series of new features announced today at Google’s I/O conference.

On the user’s side of things, the company is launching a new app discovery experience for finding subscription-based apps and tools for managing existing subscriptions.

As the company explained during a breakout session at I/O, consumers are often hesitant to sign up for subscription services because they’re concerned it will be too much of a hassle to cancel — they feel trapped.

Google will address this with a new “subscription center” in Google Play, where users will be able to both explore new subscription apps to try, as well as manage their current subscriptions. Here, they can address issues like updating a payment method that’s expired, for example. Other new features will allow users to add a backup payment method to fall back on for those subscriptions that are critical — like your favorite streaming service, perhaps. 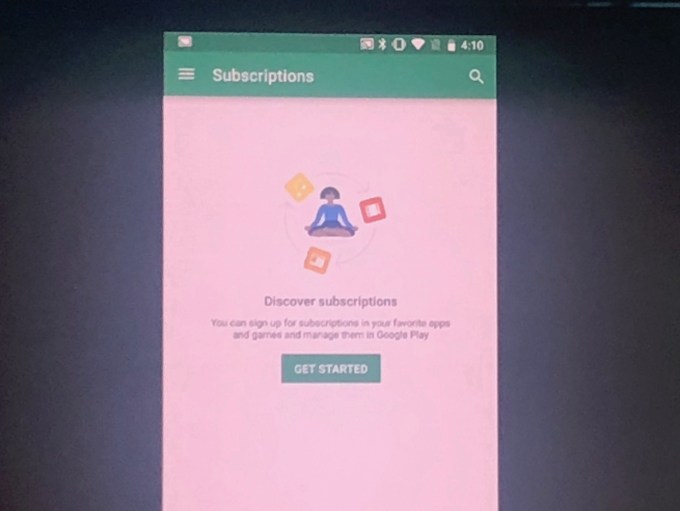 And if you sometimes want to turn a subscription off, then later back on, the new subscription center will support this too with a click of a button.

The demo of the subscription center shown at Google I/O is not the final version, Google cautioned, as it hasn’t fully rolled out just yet. 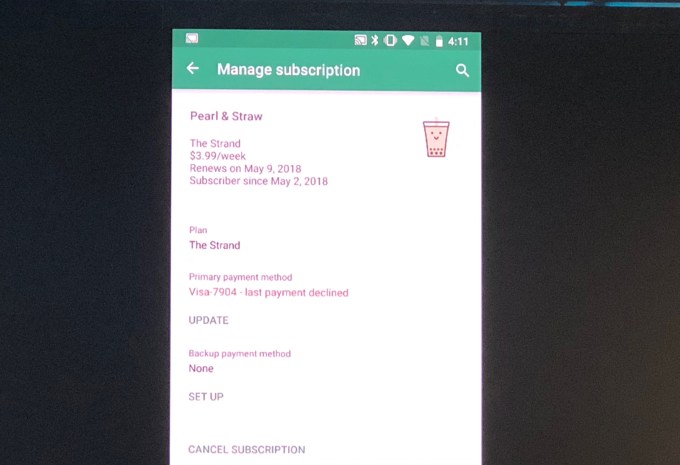 For starters, it’s offering deeplinks for managing subscriptions that let developers link directly to their app’s page in the end user’s subscription center. This could be useful to include when trying to notify a user that their payment method failed, or to encourage them to renew their subscription because new content has been added, among other things.

Developers will also be able to learn more about their subscription business with updated reporting that lets them drill down into the reasons why users may have canceled — reasons developers can now collect through new “cancel surveys” where they can prompt users to pick an option or fill in their own reason as to why they ended the subscription. 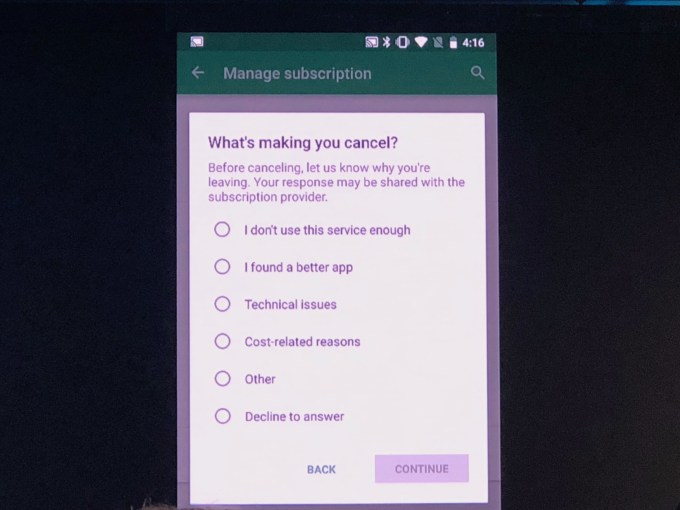 Another new report will offer the flip side to cancellation tracking — it will help track retention, so developers can see retention by SKU, dates and country, allowing them to better see what’s working and where.

The advanced reporting was offered amid a solid handful of other developer features, including the ability to change SKU pricing with Google Play handling getting user confirmation through emails and push notifications; or handling the cancellation process if the user doesn’t agree.

Some of the features are available now, while others will roll out in the weeks ahead, Google said. (The slide below shows the timing — bold features are live now.) 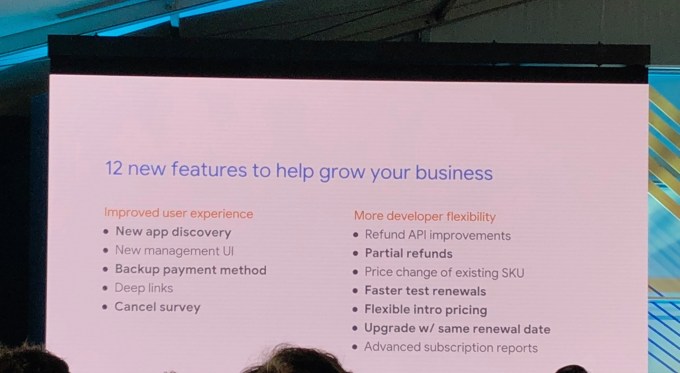