In a way, Live Share is a bit like using Google Docs for collaboration. Developers can see where everybody’s cursor is and when their colleagues are typing, no matter which platform they are on. All developers in a Live Share session can stay within their preferred (and customized) environment. That gives developers quite a bit more flexibility compared to a traditional screen share. 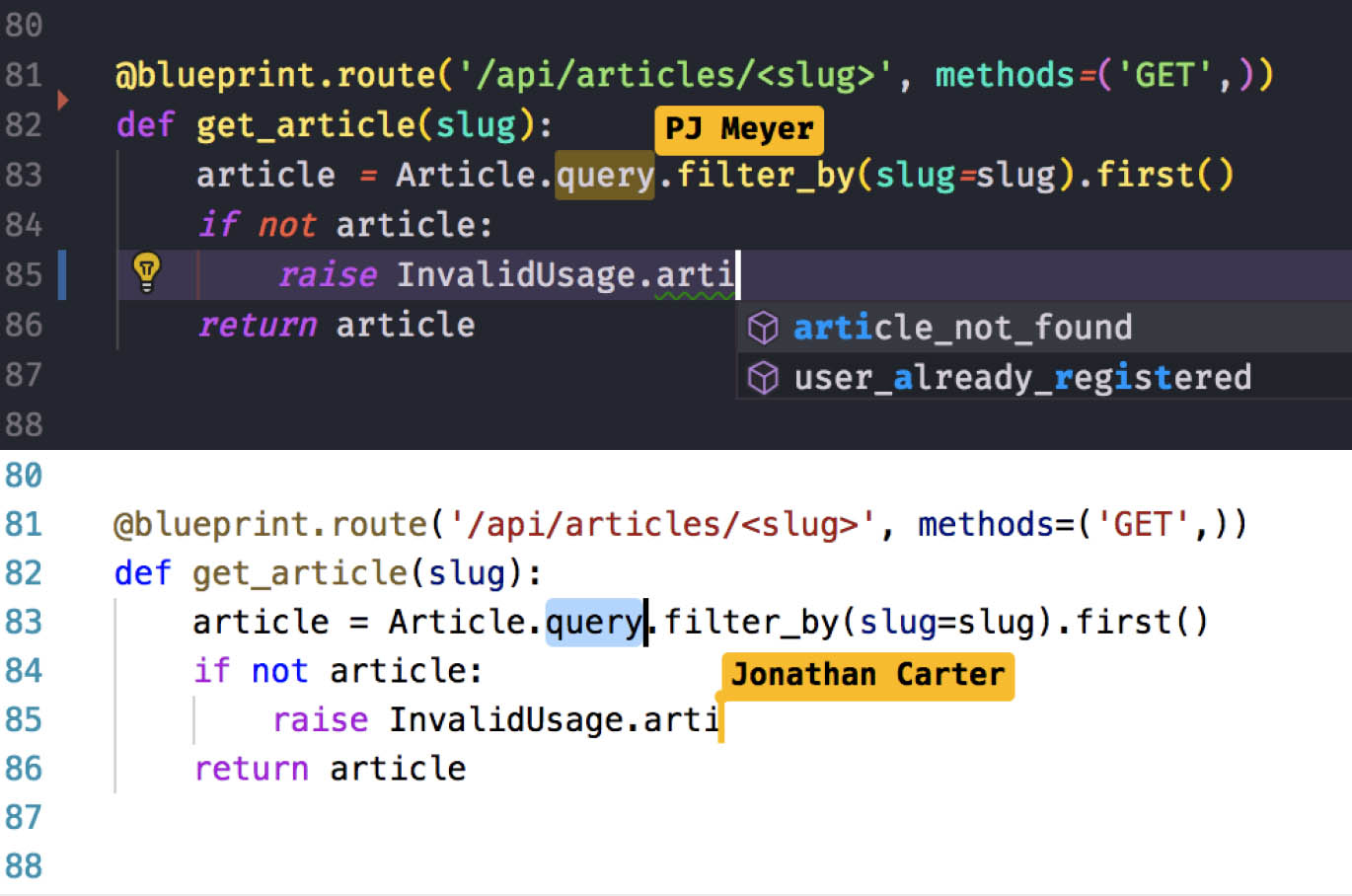