To date, child location trackers have failed to live up to consumer expectations. They’ve arrived as oversized, bulky watches too large for little wrists, and some have even been designed so insecurely, that it would be safer to not use them at all. A new kid tracker from Jiobit, launching today, wants to address these problems by offering a fully encrypted location tracker with a more modular form factor that makes better sense for small children.

The Chicago-based startup was started by a father – Jiobit’s co-founder and CEO John Renaldi  – after he experienced firsthand the terror of losing track of his then six-year old son at a local park.

“I was a Vice President of Product at Motorola, and was out on a family trip to downtown Chicago with my son, daughter, my wife,” Renaldi explains. The family was at Maggie Daley park when it happened. “Before I knew it – I can’t tell you how I got distracted – but in a sea of other children, I lost track of my son for 30 minutes,” he says.

The child eventually found his parents – he hadn’t wandered off at all, but was having a grand ol’ time playing and didn’t even know he was “lost.”

But the incident led Renaldi to try every sort of tracking product on the market. And he came back disappointed. 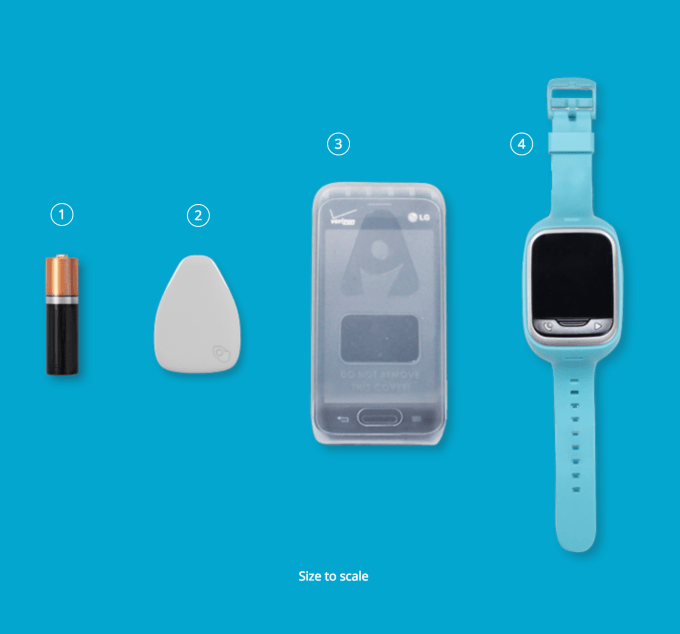 “I looked into all these products and they were all storing their certificate keys in the clear. They all were hackable. And I’m just sitting here looking at this thinking, ‘oh my god.’ If someone just spent a little bit of time they could completely intercept all this communication,” Renaldi says.

So he decided the solution was to build a kid tracker himself.

The startup raised seed funding, and brought on co-founder and CTO Roger Ady, previously a director of engineering at Motorola. It went through TechStars in 2016, and raised a little over $3 million at the end of the program. To date, it’s raised $6 million since its founding in 2015.

The team played around with different designs, but decided against a wristwatch for a variety of reasons – including not only the bulk of the device, but because some schools banned them as classroom distractions. 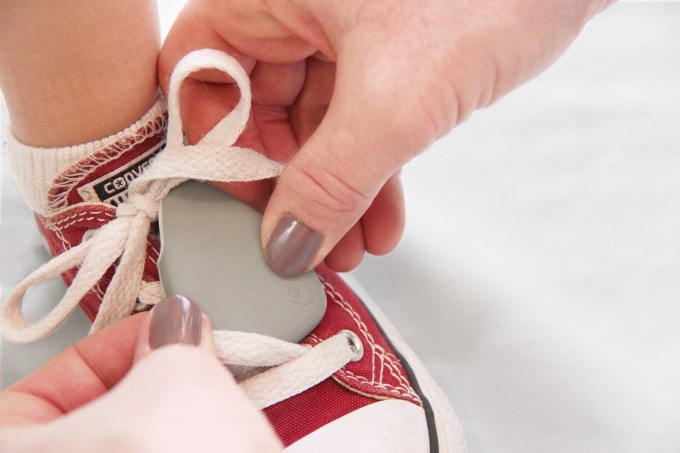 The Jiobit tracker launching today is small (37mm x 50mm x 12mm) and lightweight (18g or less than 4 quarter coins), and can be worn in many different ways. It comes with a built-in loop attachment for attaching the device to shoelaces, drawstrings, or if it’s being placed in a pocket.

Another attachment, the secure loop, lets you attach it to belt loops, shirt tag loops, or buttonholes. 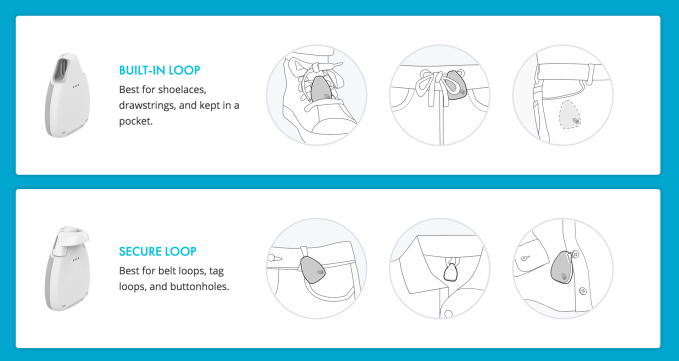 Although the secure loop is more challenging to attach and remove, from personal experience, I’d recommend this option as the child can’t remove it.

(My Jiobit disappeared one day at school, because it was not secured – and now that it’s offline, it’s just gone forever since the school can’t find it.)

However, in my brief time with the device and app, I thought it was better designed in terms of setup and usage than others I’d tried in the past. 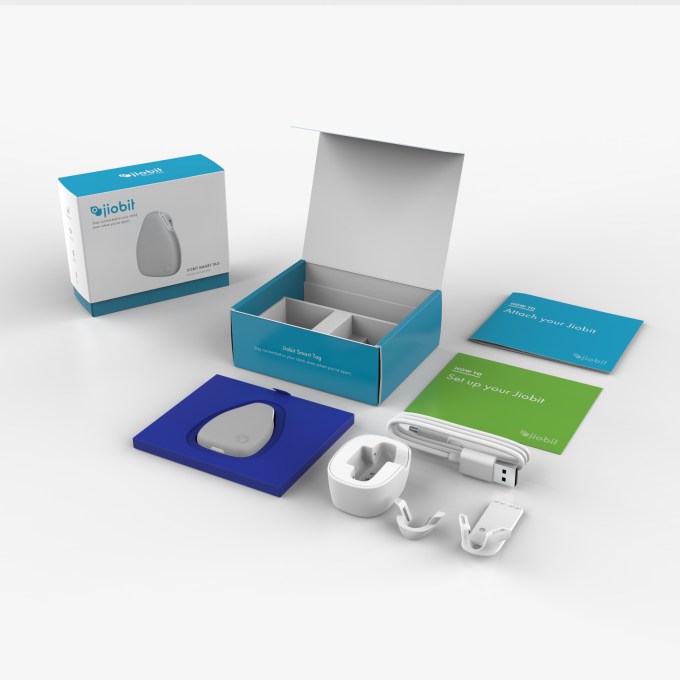 Unfortunately, Jiobit doesn’t have an insurance program for lost or stolen devices – only an accidental damage warranty. So I’d suggest not making my mistake, given the cost.

It ships with its accessories, cable, and charging dock. More accessories, including colorful covers and other attachments, are in the works.

To locate the child, the Jiobit utilizes a combination of Bluetooth and GPS.

If the child is beyond BLE range – like around your backyard, perhaps, you can switch over to a Live Mode in the app to see their GPS location as a dot. The accuracy of this system is about as accurate as GPS is in a mapping or navigation app. 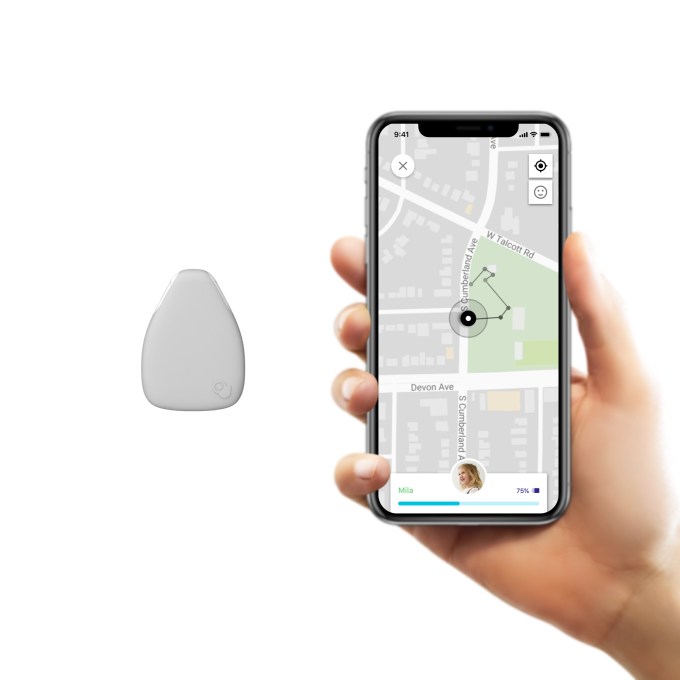 Parents can also use the Jiobit app to set up a geofence around specific locations, like home or school, in order to receive check-in alerts when the child leaves or arrives. They can also add other family members, trusted friends, nannies, etc. to a “Care Team” in the app to give those people access to the child’s location.

The company has taken pains to secure the location data that’s stored, says Renaldi, which is a differentiating factor for this company’s solution.

“Everything stored at rest – both on the cloud and on device – is encrypted,” he explains. “Any local data, as well as the encryption keys that are used to transmit the data, are all in a tamper-proof piece of silicon on the device that’s akin to what’s in your iPhone that stores your payment keys for your credit cards. That secure element – that same architecture – is used for us,” Renaldi continues.

That means that no one can get to the keys, even they gained physical access to the device.

“That’s a first in the industry for location tracking products,” Renaldi notes.

The data is also secured in transit over Wi-Fi, cellular and Bluetooth, as the Jiobit is assigned a unique key – an authentication token – that allows the company to protect the data moving between the device itself and Amazon’s IoT cloud. (More on this here.) 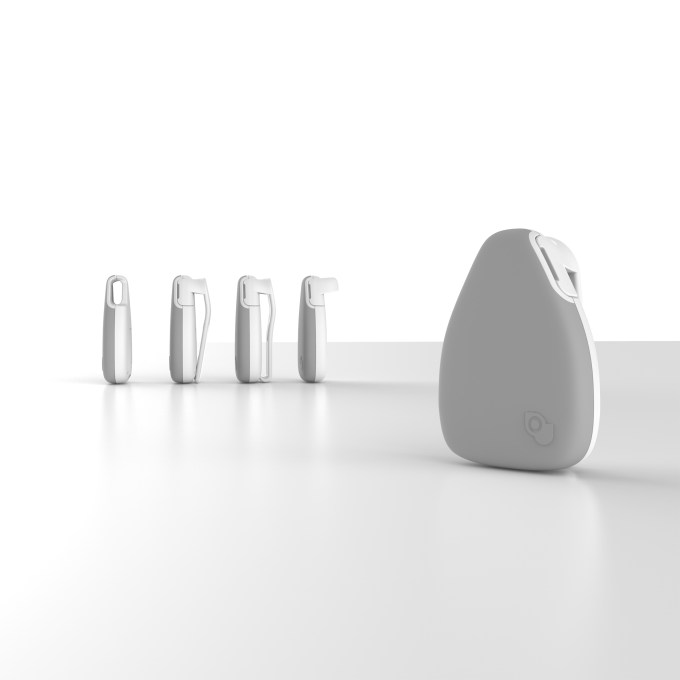 Despite all these protections, one thing that worried me was that there was a history of my child’s exact GPS coordinates being stored – indefinitely – in the cloud. The company says it will soon launch a feature that allows parents an option to save their device’s location history, so it doesn’t want to purge these records for now.

But if you don’t want to save the child’s location history beyond the past few days, you currently have to ask the company to delete your files. (There are only two people at Jiobit who can even look at the GPS history, when the customer requests it.)

Jiobit said its beta testers asked for historical data, which it why it made this decision.

But that seems crazy to me – most parents I know err on the side of being almost overly paranoid when it comes to protecting their kids’ data. I can’t imagine that most would want location data stored forever anywhere, no matter how securely. My guess is that some parents were using the “child tracker” as a “nanny tracker.” 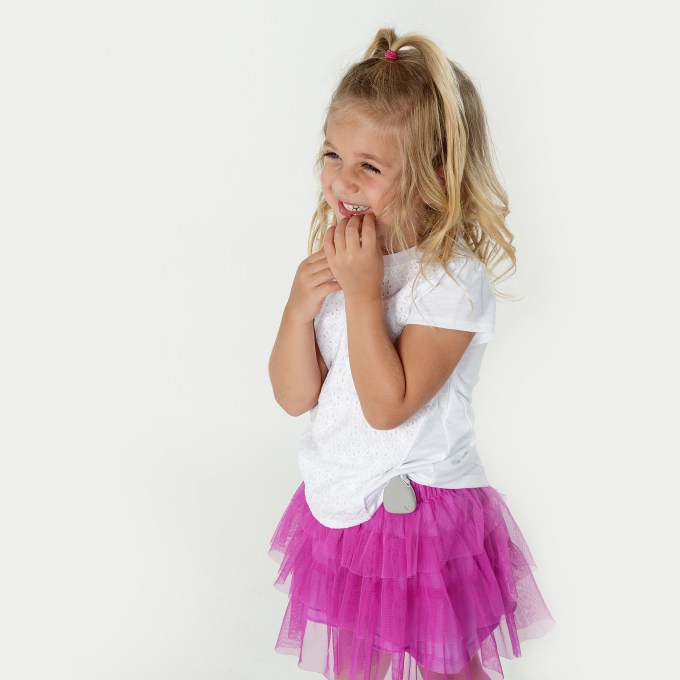 At the end of the day, there’s a certain kind of parent who will buy a kid tracker. It’s someone who wants their kids to have the kind of freedom they remember having from their own childhood  – where parents didn’t hover quite as much as they do today. But they want a little added security.

Selling to this market is challenging however, because a lot of this consumer demand is often just talk. “Oh, I wish I had a kid tracker!” says the mom or dad trotting around behind their child all day. In practice, it’s actually hard to stop helicoptering the kid in a society where this has become the norm, and there’s social pressure to do the same.

There’s also a limited span of years where this device makes sense. Ever younger kids are getting smartphones these days. (You can convert Jiobit to a pet tracker at that point, I suppose.)

Fortunately, the company is planning a future beyond kid tracking. It’s partnering with airlines, businesses, and even government agencies who want to use its location technology in a variety of ways beyond tracking people. NDAs prevent Jiobit from discussing the particulars of these discussions and deals, but it sounds like there’s a Plan B in the works if the kid trackers don’t sell.

In the meantime, parents can buy the Jiobit here, starting today.