Google Assistant is gaining some new capabilities thanks to a deal with Fandango that should make ordering movie tickets a quick and easy process. Simply tell Google Assistant that you want to buy some movie tickets and you’ll see what’s playing nearby; you can dial in the specificity to find out just what’s playing at a specific theater or at which theaters a particular flick is going to be. 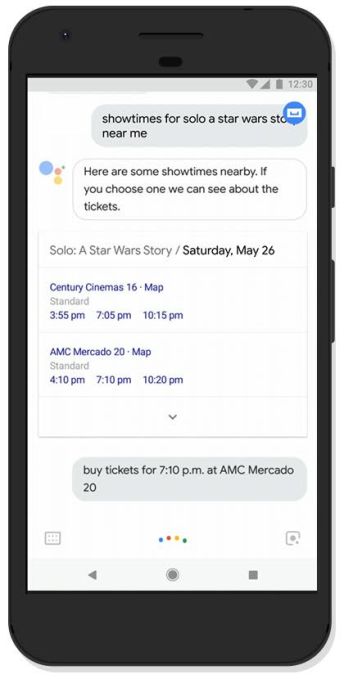 The deal is going live on May the Fourth™ in honor of the Star Wars™ marketing holiday and the fact that advanced tickets for Solo: A Star Wars Story™ are going on sale today.

This functionality is something that’s been available on Siri, but Google Assistant allows you to make the purchase without downloading the Fandango app, which had pretty much negated most of the utility this feature had on Siri.

For now, this launch is just for Google Assistant on Android phones, but if you’re perplexingly a heavy user of the Google Assistant app on iOS, then you’ll be able to get your movie ticket ordering functionality sometime later this year.