Just ahead of Google’s big developer conference next week, Google I/O, the company has rolled out a new mobile app for its VR180 point-and-shoot cameras, allowing users to set up their device, view and manage clips, and upload photo and video content to Google Photos and YouTube. The app is arriving to kick off the launch of the Lenovo Mirage Solo, the first standalone virtual reality headset that runs Daydream, and the Lenovo Mirage Camera, both of which go on sale today. 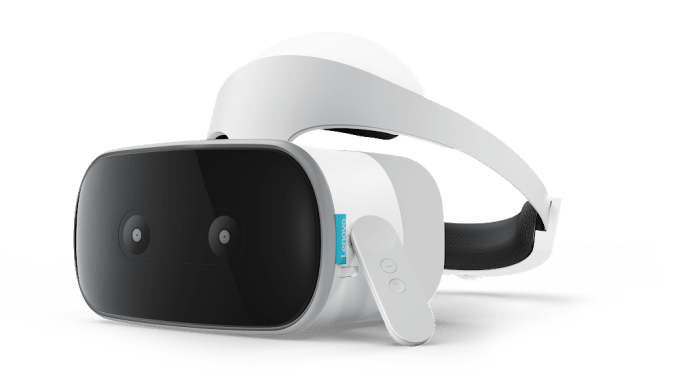 At CES in January, Google had shown off new VR180 cameras including the Mirage, and one from a Chinese manufacturer Yi, called the Horizon.

You can read more about the Lenovo 3D camera here.

The name “VR180” refers to a new VR format for capturing 180-degree panoramic images, that was created through a collaboration between YouTube and Google’s Daydream VR division. The idea is that photographers could use these new cameras to capture photos and videos that are immersive, but don’t stretch all the way around in a full 360 degrees. 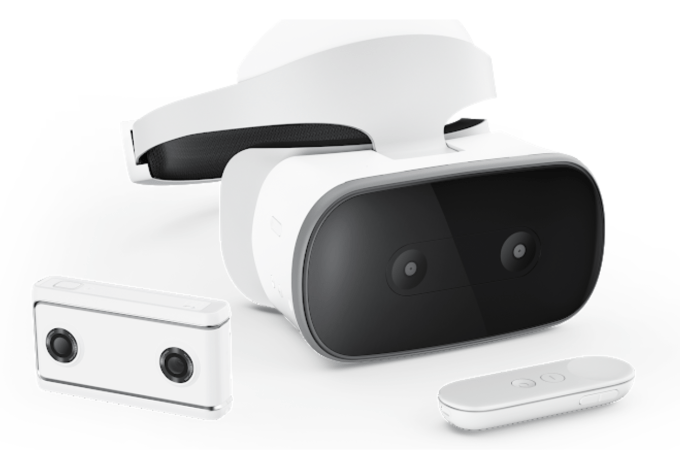 The content captured by the VR180 cameras includes 3D photos and ultra HD 4K resolution videos, but these can be viewed and shared in both 2D and 3D. To view them in VR, you can use a VR headset, like Google Cardboard, Daydream, or PlayStation VR.

The new VR180 app, which launched yesterday on both iOS and Android, according to data from Sensor Tower, is meant to support the VR180 cameras. 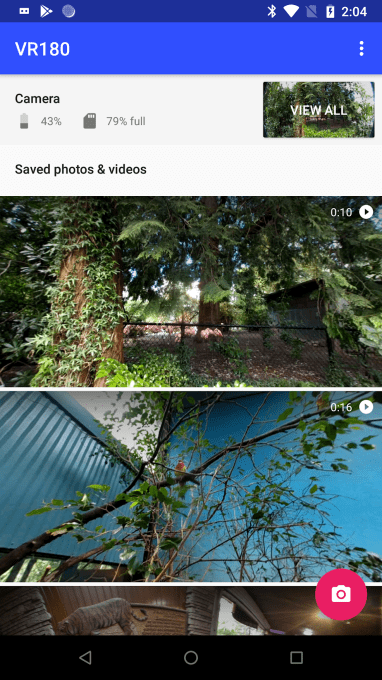 Explains the App Store description, the app lets you set up and manage your VR180 camera from your mobile device and can be used to capture 180-degree VR content with the camera using a “Live Preview” feature.

You can then transfer files to your phone or cloud – meaning Google Photos or YouTube. You can also use the app and camera to live stream to YouTube, the VR180 website explains.

And you can share clips directly with friends and family, or discard unwanted clips.

The app will also give you information about your camera’s status, like the battery charge, capture activity, available storage, and more. 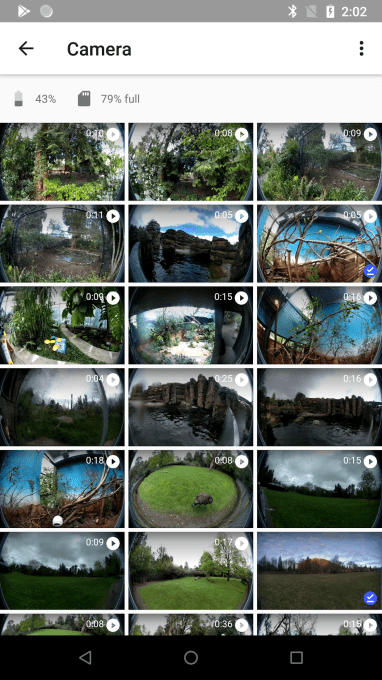 The introduction of a simpler way to capture VR content – point-and-shoot cameras – is meant to encourage more people to try VR, and offer a new way of remembering moments in time. For example, the app store screenshots tout the camera’s personal use cases – for capturing things like videos from a wedding or of a mother with her baby. 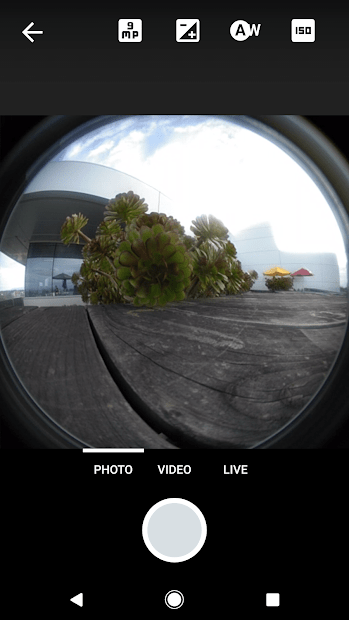 The idea that VR will be used to create immersive re-creations of our memories that we can dive back into a later date is not unique to Google. Facebook this week also announced something called “VR Memories,” which will take your old photos then leverage computer vision to turn the flat 2D images and videos into spatial point clouds that can be explored in VR.