French cloud hosting company Scaleway announced new servers for its cloud offering. While the company’s offering was already quite cheap, Scaleway is going one step further with prices starting at €1.99 per month (around $2.40 per month).

For this price, you get an x86 server with 1 core, 1GB of RAM, 25GB of SSD, 100Mbit/s of bandwidth with unlimited transfer. For twice that price, you get twice the specs, etc. There are four tiers for this new Start1 cloud server lineup. 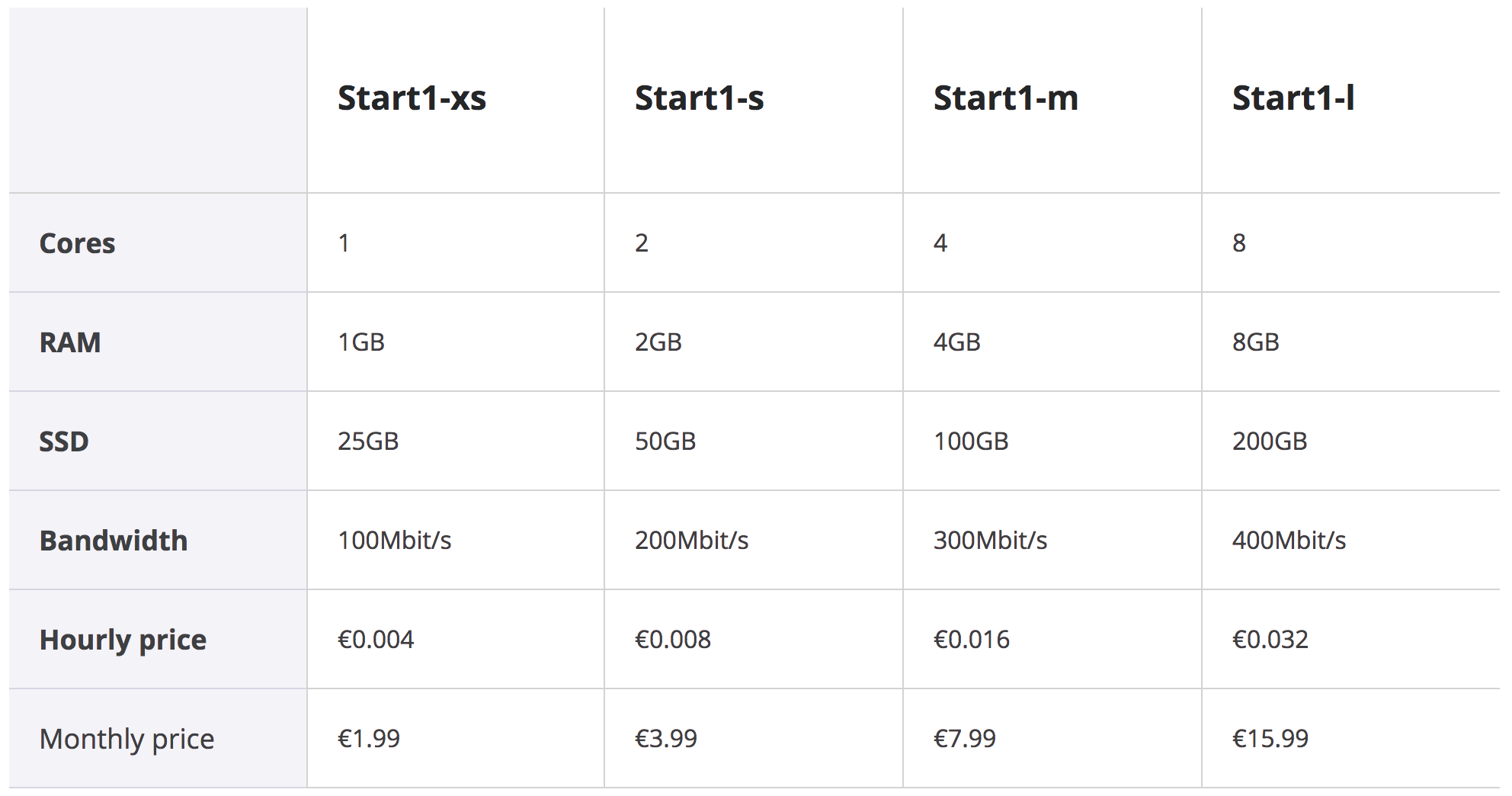 And for the first time, Scaleway is using NVMe for its SSD storage. NVMe is a storage protocol that is supposed to be much faster than SATA when it comes to handling read and write instructions on your storage drive. It was designed for SSDs, and that’s what the iMac Pro is using now. Scaleway is also using DDR4 to improve RAM performance.

Overall, Scaleway says that you should see a 50 percent performance increase per core. These new servers are available in the data center in Paris and soon in Amsterdam.

In addition to those new servers, Scaleway is launching hot snapshots in beta. With that feature, you can take a snapshot of your virtual machine while it’s running. You can then boot up another server with the exact same snapshot for instance. It opens up a lot of possibilities for automation and backup.

The company also recently promised a better ImageHub with more updates. For instance, the new Long Term Support version of Ubuntu that was released a few weeks ago is now available for most servers. Scaleway also supports Terraform to orchestrate your cloud infrastructure.

Scaleway is the cloud hosting division of Iliad, one of the main internet service providers in France. The division recently got a new influx of cash to go to the next level. After those product updates, you can expect internationalization moves in the coming months.