Misty Robotics has been talking a good game for 10 months now. Back in June, the Colorado-based Sphero spin-off announced its plans to develop a mainstream home robot. At CES in January, it introduced the world to the Misty I, a skeletal robotic development platform.

Four months later, it’s back with Misty II. While it looks like more of a consumer device, Misty II is still pretty far from the mainstream consumer robot the startup has been promising all along. Like its more unassuming predecessor, the Misty II “personal robot” is designed to be a kind of development platform — albeit one that’s a lot easier to write for than traditional robots. 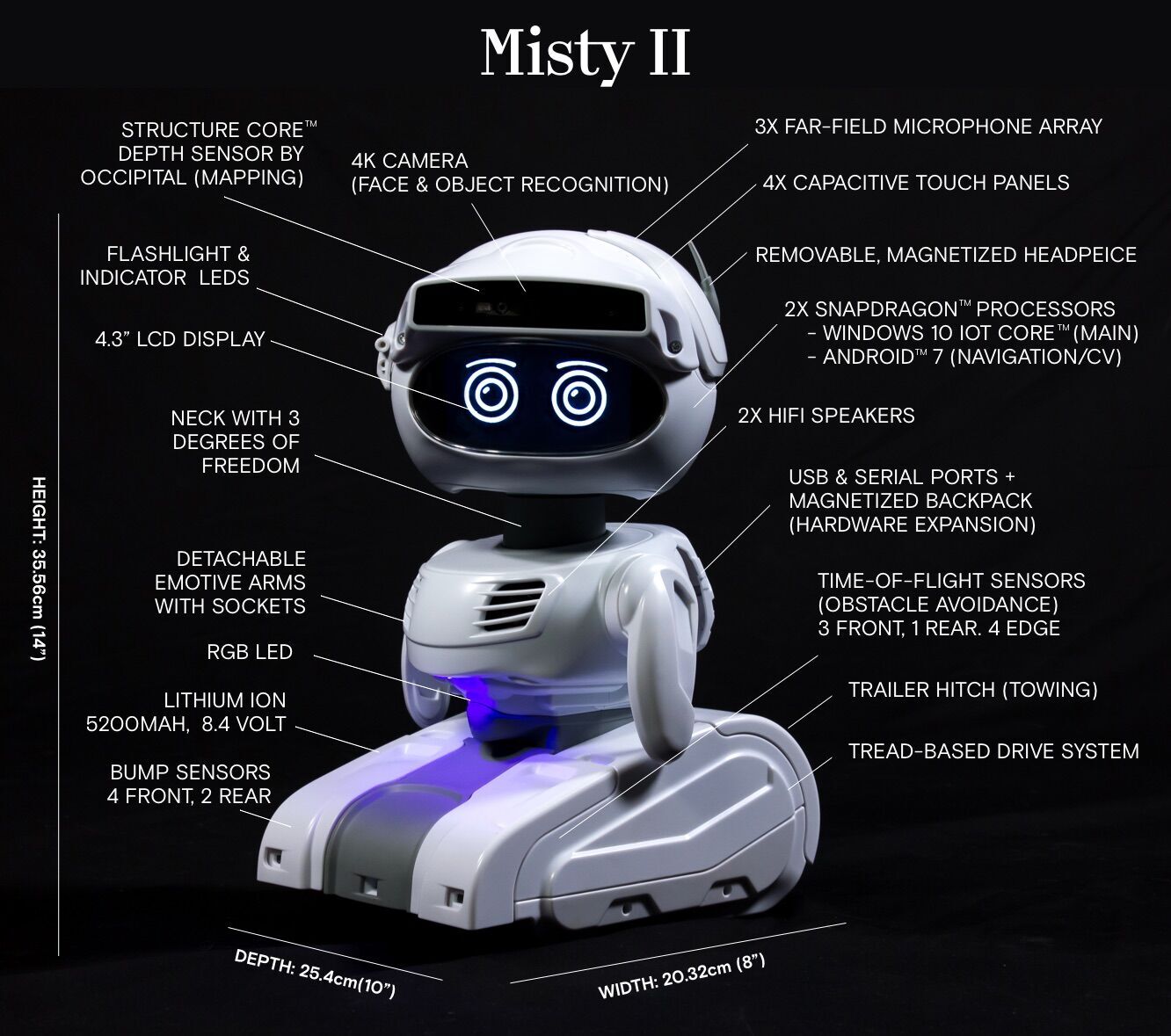 The Misty II personal robot is easy for non-technical owners to program using the Misty Blockly client, a visual block-based programming interface, to create new skills for the robot that can make it move, talk, roar and more. Pre-set blocks, or skills, will come installed on Misty II to quickly get started. Those owners with programming experience, can utilize JavaScript APIs to create more sophisticated skills and modifications, like integrating with third party services such as Alexa, Microsoft Cognitive Services, Google Assistant, and Cloud APIs.

Among the skills the company is making available through GitHub are the ability to drive autonomously, respond to commands, locate its charger and recognize faces.

In spite of getting $11.5 million in funding early on, the company is still opting to crowdfund the new robot. The campaign, which runs through the end of the month, is designed to establish a community around the robot. Those who pitch in will get the robot at a discount — though it’s still not what you would call cheap, at $1,600. That’s apparently about half of what the company expects the robot to get via retail — a price that will almost certainly keep it out of the mainstream in this early iteration.

It should start shipping to backers in December.