Apple ended up with a pretty decent report for its second quarter, beating analyst expectations on most of its metrics — but it is making a huge move in terms of returning capital to investors.

The company said it is announcing a new $100 billion buyback program and increasing its dividend by 16%. That means that Apple investors are going to get more of an opportunity to snap up the value the company has created over time as it’s continued to grow significantly. While Apple in the past several months a lot of the momentum that carried it to a market cap nearing $1 trillion, the company’s stock has still risen around 80% in the past two years. Not surprisingly, the stock today is soaring (by Apple standards) in extended trading, with shares rising nearly 5% after the report.

Last quarter Apple CFO Luca Maestri said the company expected to be “net cash neutral” over time, signaling that it might start returning more capital to shareholders through its dividend and share buyback programs. That’ll be important for the company, which thanks to the tax bill last year will be able to repatriate a significant amount of the cash it holds outside of the U.S. These kinds of returns are pretty common with larger companies that generate a ton of cash — Apple already had some buyback programs in place, for example — but investors have always dinged Apple for not deploying its massive pile of cash.

This quarter, however, Apple’s pile of cash actually fell. Apple continued to add more and more cash to its reserves, though a significant amount of it was overseas. This quarter it fell to $267.2 billion, down $17.9 billion from the last quarter. From August 2012 to March 2018, Apple has returned around $275 billion in capital to Wall Street. That included a collective $200 billion in share repurchases. Apple has had some of these programs in place, but this is still a substantial addition to its capital return plans.

The rest of the line was a pretty solid beat on expectations Apple’s services revenue continues to grow as it looks to create a steady additional revenue stream. All that’s important too, of course, but the big news here is the set of buybacks. Here’s the bottom line: 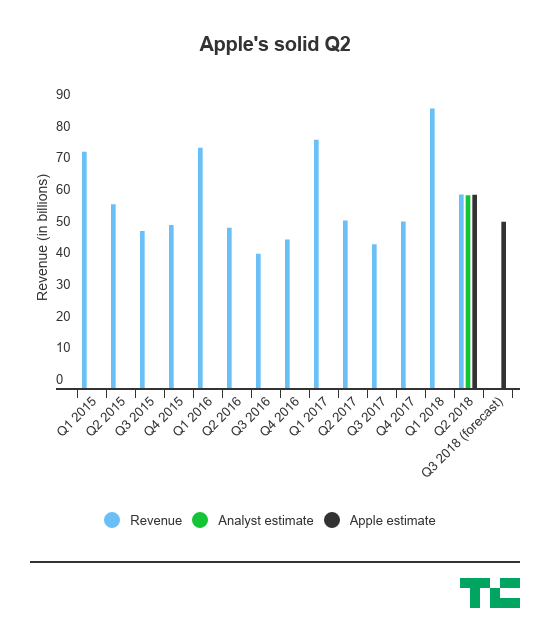 That big capital return program is likely to keep investors happy for some time while it continues to sort out its new iPhone lineup. Last year, the company released the iPhone X — which was widely praised, but also carried a substantial $999 price tag for the cheapest model. Apple has worked to create programs to pay for those phones over time, but it’s still an extremely high ticket price. That’s especially true internationally, where consumers might not tolerate high prices for those phones. As a result, the reception on Wall Street was pretty muted, and Apple seems to have to figure out some other way to restart that iPhone growth engine. 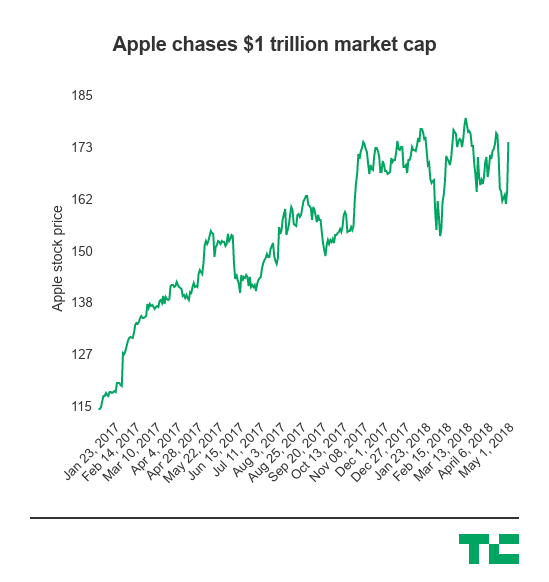 Toward the end of last year, it seemed like Apple was inching closer to being a company with a market cap over $1 trillion. That’s a completely symbolic number, but nonetheless would be a significant milestone for the iPhone maker that looks to figure out what a next-generation smartphone looks like. Apple’s stock has by no means been in a tailspin, but it hasn’t really done anything either as expectations start to drop a bit following the launch of the iPhone X.