Larry Harvey, founder of the counterculture festival Burning Man, passed away this weekend. He was 70.

Harvey created a movement and contributed to the flowering both of counter-culture and, ultimately, of tech culture.

Both he and John Perry Barlow, who also passed in February this year after a long period of ill health, were huge advocates of free speech. Barlow wrote lyrics for the Grateful Dead, and then became a digital rights activist in later life. 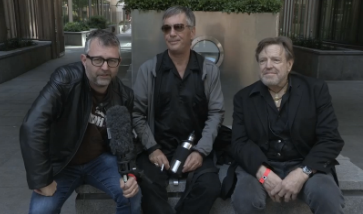 In 2013 I caught up with both of them and recorded a joint 24-minute interview, just a short walk from the venue for the Le Web London conference.

Amid the street noise and the traffic, they discussed some of the intellectual underpinnings of startup entrepreneurship and its parallels with Burning Man, in what might have been their first-ever joint interview.

We went over early computer culture, and how there was a “revolutionary zeal in the notion of intellectual empowerment” in Psychedelia, which found common cause in tech culture.

We present for you once again, this iconic interview, in memory of these great men.