Larry Harvey normalized the abnormal, expanding the boundaries of what creators could attempt. That’s why there’s a special bond between Silicon Valley and Black Rock City, the desert settlement where Burning Man transpires. Both ditch “what are we supposed to do?” for “what can we do?”. Both encourage risky expression that appears insane to outsiders. And by establishing an open canvas just a few hours’ caravan from San Francisco, Harvey helped entrepreneurs come back freshly invigorated to make change.

Harvey passed away this weekend at age 70. But the sub-culture he convened and the infrastructure he built to support it will stretch that canvas to the dusty horizon year after year.

Google’s SkyBox Imaging satellites demonstrated the power of frequent aerial imagery by making this GIF that shows Burning Man being constructed and torn down.

Burning Man began as an exhibition of disruption on SF’s Baker Beach back in 1986. Igniting that first 9-foot effigy was an artful affront to the status quo. Meanwhile, a technology-driven shift in consciousness was underway just a hour’s drive south. Burning Man and Silicon Valley evolved in parallel, straddling the concept of the open platform. Rather than dictating what should be done, each provided the tools and autonomy necessary for their participants to birth new experiences and opportunities.

The relocation of Burning Man that Harvey helped orchestrate in the early 1990s would exemplify this boundary-less vision. The Black Rock Desert outside of Reno, Nevada is perception-warpingly flat in every direction, punctuated only by the art that participants install. It’s a landscape free of distraction, and that sensory deprivation seems to coax novel ideas from those it envelopes. When you stare past the edge of the world into the sunrise, your thoughts laid bare, dreams seem to crystallize more easily. The emptiness shouts back “why haven’t you built this yet?” 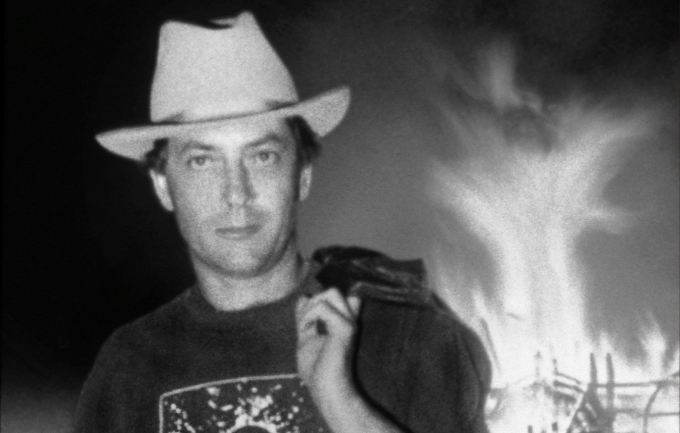 There’s a good reason why founders from Google, Facebook, Tesla, and many more startups attend Burning Man. It dismantles your pre-conceived notions about what’s possible. This is an important characteristic for those seeking different solutions to emergent problems, and one that can wane with age as we become more accustomed to life the way it is.

Great startups often come from challenging an underlying premise about how the world operates. Nowhere makes that malleability as tangible as Burning Man, where you can’t buy anything, the goal is simply to delight others, everyone responsible is welcome, and self-reliance is undergirded by a generous community. Harvey helped institute The 10 Principles that leave attendees wondering how to terraform “the default world” to closer mimic this ephemeral society.

From Burning Man sprung early attempts at self-driving vehicles, as the Disco Fish art car’s pilots sought to make it avoid pedestrians in the inky night. Pioneers of LED technology bring glowing sculptures, each year brighter than the last. In 2017, Symmetry Labs invented a way to use Apple’s ARKit to map the positions of thousands of LED leaves so patterns could roll through its Tree Of Tenere. Google’s SkyBox Imaging micro-satellites demonstrated how frequent aerial imagery could reveal transportation and population trends by making the GIF above of Burning Man’s construction. 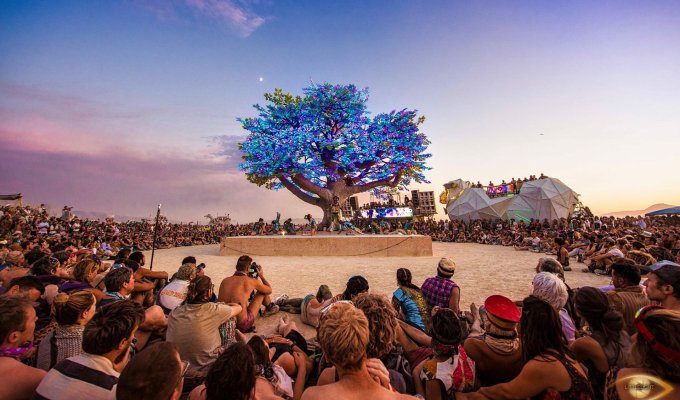 I’ve seen cross-company tribes of tinkerers working the kinks out of accelerometer light-up shoes, VR theater performances, and all manners of team management software. It’s a chance to test one’s talents beyond the container of capitalism. 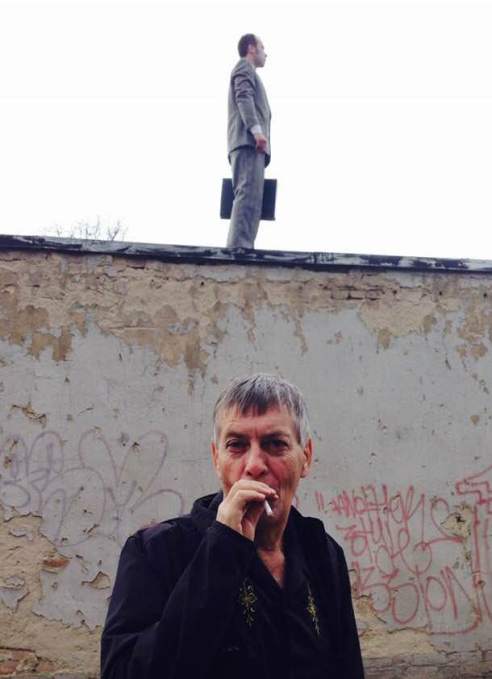 Larry Harvey in Berlin, circa 2014. Image via Bear Kittay

Transformative moments spur word of mouth, and soon Burning Man would be faced the questions about how to scale to its newfound popularity ‘A good problem to have’ as Silicon Valley calls it, but a problem nonetheless. Harvey could have slipped away into the festival he created. There was plenty of fun to be had. The frivolity does lure leaders away from their worldly responsibilities at times when their teams need execution, not more enlightenment.

Instead, Harvey stuck together with a cadre of fellow organizers to convert Burning Man into a non-profit with the appropriate longevity. Sure, there would be more tourists, more unindoctrinated rookies, more pampered rich folk, and more ‘sparkle ponies’ who just came to show off and take Instagrams rather than contribute. At its worst, Burning Man is a party for the privileged, unconcerned with suffering elsewhere. Yet the old guard worked tirelessly to sustain the core cooperative ethos of the event and push the tangential to the city’s edges.

I’ve gone for 10 years and the magic remains, despite the anecdotes you hear. There might be more affluent techies in expensive RVs than before, but many from the industry earnestly embody Harvey’s ideals of radical inclusion, decomodification, and communal effort. I’ve seen billionaires sweating as they cook grilled cheese for strangers in the blazing sun, and on their hands and knees picking motes of trash off the “playa” floor. 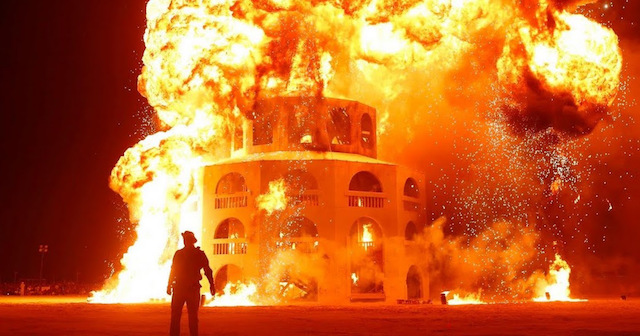 Burning the Man [Image via BurningMan.org]

Now at 70,000 attendees per year, Burning Man offers an escape into a creation, but also an escape from digital inundation. It’s one of the few metropolises you don’t need a mobile phone to navigate. Harvey called for immediacy and participation. People find that in a week off the grid, freed from the social contracts of constant electric connectivity. Cell service is creeping in, you see a few more people trying to text, and some bring their airplane-mode devices out to snap pictures, yet face-to-face communication rules. Being offline gives a sensation of having all of your mind’s tangled wires unplugged and reorganized neatly. For those jacked into the tech world’s ever-churning news cycles and product roadmaps, this rejuvenation is ecstatic.

Most obituaries encapsulate a life lost. But the elemental Larry Harvey has been decentralized and instilled into a legion of self-expressionists. While the event might only touch a tiny fraction of the world, those inspired by it build for everybody. Harvey’s legacy is restored, celebrated, and returned to dust each Labor Day. He succeeded, because no one ever doubts the Man will burn again.

Tech Elites Aren’t Ruining Burning Man. They Get Their Hands Dirty, Too.