But Brooke Chaffin and Catherine Connors are looking to change that with the introduction of Maverick, a social network that connects young girls with female mentors to express their creativity in a safe space.

When a new user signs up, they can browse through various challenges set forth by Catalysts, inspiring role models selected specifically by the founders to inspire the younger demographic on the network. These challenges include things like making their own super hero, creating their own dance number or choosing a mantra.

For now, there are four badges on the platform (unique, creative, unstoppable, and daring) and the company has plans to add more badges as it grows. 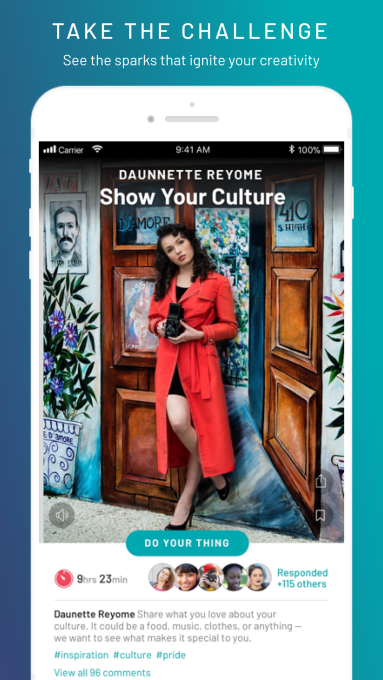 But Maverick isn’t just an app. The company also plans on holding a series of one-day live events across the country, highlighting young women emerging on the platform in categories like STEAM, entrepreneurship, comedy and music.

For now, Maverick is a free app focused on growing its user base. But the founders see an opportunity to turn Maverick into a utility, similar to LinkedIn, offering a subscription for premium features. And it makes sense that LinkedIn would serve as inspiration for Chaffin and Connors, as LinkedIn CEO Jeff Weiner is one of Maverick’s investors.

The company has raised $2.7 million in seed funding led by Matt Robinson of Heroic Ventures, with participation from Susan Lyne and Nisha Dua of BBG Ventures as well as Jeff Weiner.

Here’s what co-founder and Chief Content Officer Catherine Connors had to say:

The research on girls’ social development has shown us the same thing for decades. During early adolescence, the majority of girls stop raising their hands, participating in sports and extra-curricular activities, taking risks, and stepping into leadership roles. In short, they stop believing in themselves. And it’s not because we don’t tell them that they should believe in themselves — it’s that they don’t get enough real opportunity to prove to themselves that they can.

Founders Chaffin and Connors met during their tenure at the Walt Disney Company and kept coming back to the idea of empowering girls through a new social network, and so Maverick was born.

The network is designed with a progression loop like a game, where Mavericks can progress toward becoming a Catalyst and inspiring other young women.

The app launches out of beta today.