Currently, Tableau offers desktop plans for users who want to analyze their data locally, a server plan for businesses that want to deploy the service on-premises or on a cloud platform, and a fully hosted online plan. Prices for these range from $35 to $70 per user and month. The new pricing plans don’t focus so much on where the data is analyzed but on the analyst’s role. The new Creator, Explorer and Viewer plans are tailored toward the different user experiences. They all include access to the new Tableau Prep data preparation tool, Tableau Desktop and new web authoring capabilities — and they are available both on premises or in the cloud.

Existing users can switch their server or desktop subscriptions to the new release today and then assign each user either a creator, explorer or viewer role. As the name indicates, the new viewer role is meant for users who mostly consume dashboards and visualizations, but don’t create their own. The explorer role is for those who need access to a pre-defined data set and the creator role is for analysts and power user who need access to all of Tableau’s capabilities.

“Organizations are facing the urgent need to empower their entire workforce to help drive more revenue, reduce costs, provide better service, increase productivity, discover the next scientific breakthrough and even save lives,” said Adam Selipsky, CEO at Tableau, in today’s announcement. “Our new offerings will help entire organizations make analytics ubiquitous, enabling them to tailor the capabilities required for every employee.” 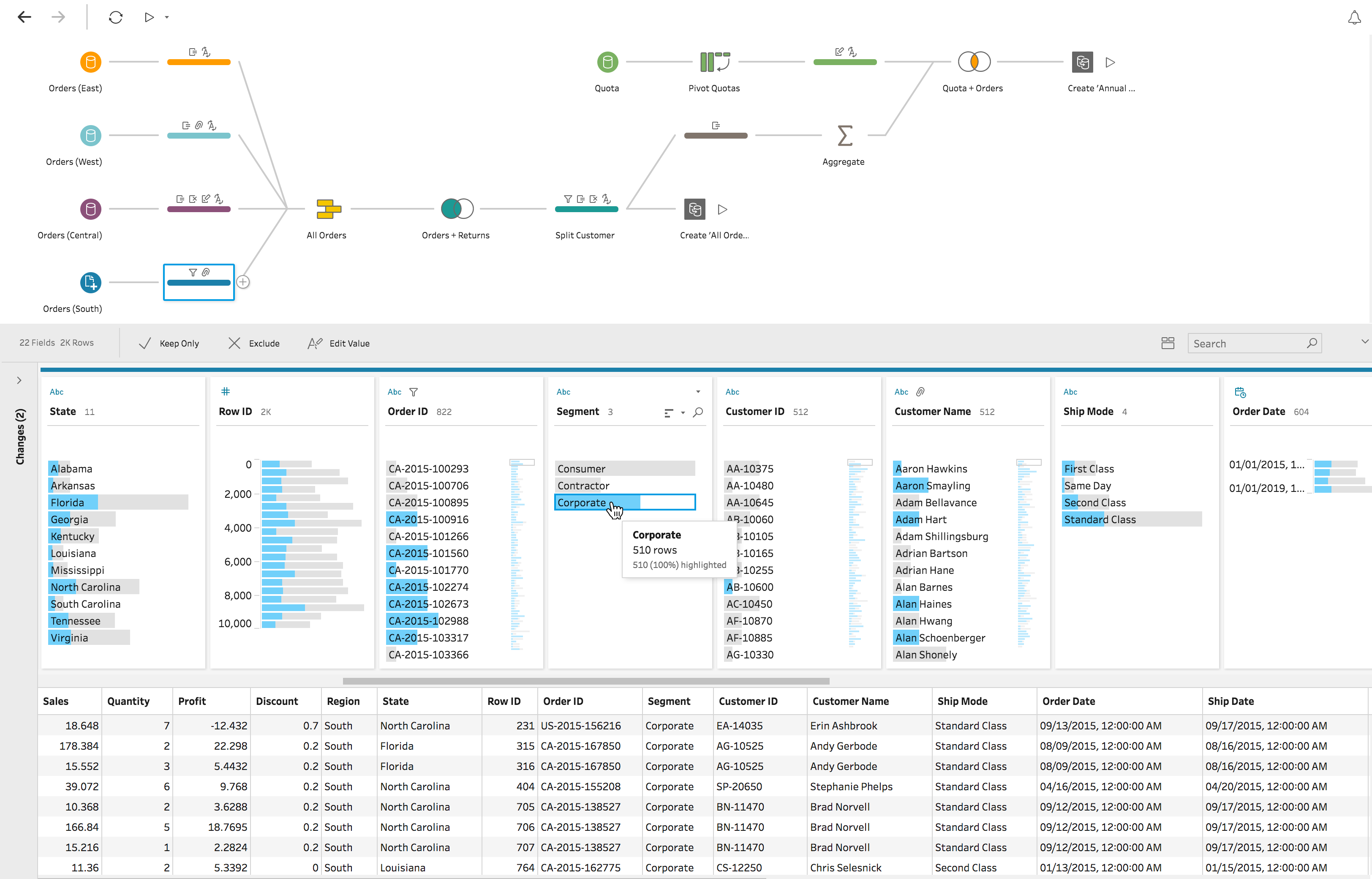 As for the new data preparation tool, the general idea here is to give users a visual way to shape and clean their data, something that’s especially important as businesses now often pull in data from a variety of sources. Tableau Prep can automate some of this, but the most important aspect of the service is that it gives users a visual interface for creating these kind of workflows. Prep includes support for all the standard Tableau data connectors and lets users perform calculations, too.

“Our customers often tell us that they love working with Tableau, but struggle when data is in the wrong shape for analysis,” said Francois Ajenstat, Chief Product Officer at Tableau. “We believe data prep and data analysis are two sides of the same coin that should be deeply integrated and look forward to bringing fun, easy data prep to everyone regardless of technical skill set.”