Rumors have been swirling around Spotify’s big event in Manhattan for weeks on end now. But we’ve known since the invites went out that the big show is about one thing, and one thing alone: free.

The feature has long been rumored to be a thorn in the side of record labels and artists everywhere. After all, there’s no direct revenue generation — rather, the tier exists with the understanding that it’s Spotify’s best recruiting tool. Get roped in with the promise of music for nothing, and you’ll eventually pony up the $10 a month for the convenience of premium. It certainly appears to have worked thus far, as the company currently boasts 70 million paid subscribers to its 90 million free users.

That number keeps the company well above Apple Music’s 38 million. Of course, Apple’s been growing rapidly, helped out by music exclusives and the service’s deep integration the iTunes/iOS ecosystem. Apple’s plans to acquire Shazam will no doubt help push that even further, as the company uses the popular music identification app to push new subscribers. 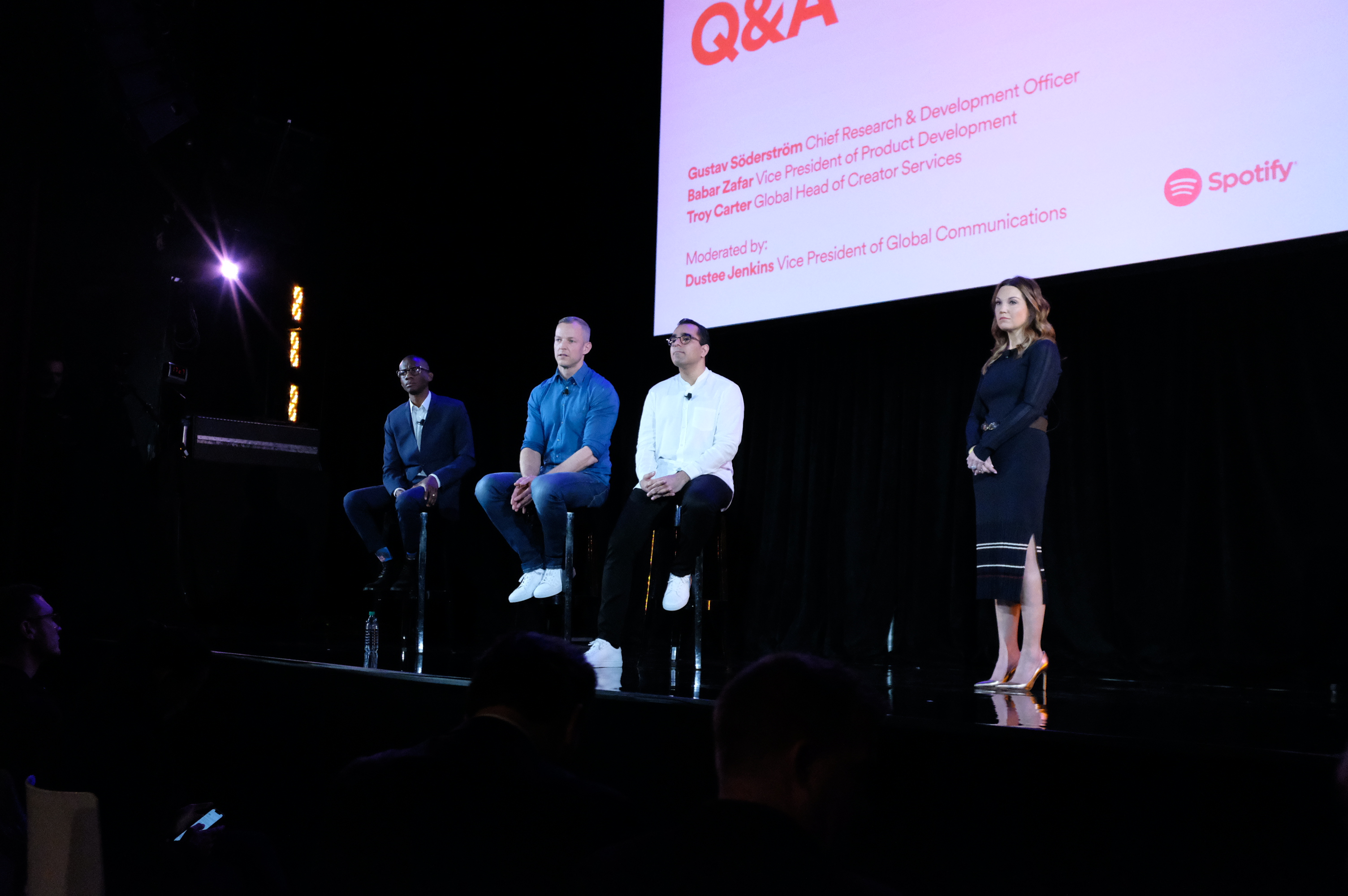 What Apple doesn’t have going for it, however, is a free tier. It’s no surprise, then, that Spotify is milking that feature for all it’s worth, further blurring the lines between premium and free.

“You may ask why give this away for free?” Chief R&D Officer Gustav Söderström rhetorically asked the crowd at the Gramercy Theater this morning. “We know that it’s the only way we’re going to achieve our goal of getting billions of fans on the plan.”

That’s as much an acknowledgment that free is the main thing Spotify has going for it in this fight as any I’ve heard thus far. It seems likely that the company had to pull some teeth behind the scenes in order to convince labels that an even better version of its free offering would still benefit them in the end. Thankfully for Spotify, however, the feature has been grandfathered in — it’s been such an integral part of the Spotify experience since the beginning that it’s impossible to divorce it from the service’s overall value offering.

Of course, while the company appears confident that beefing up its free service won’t cannibalize its free tier, labels will be watching the breakdown of free versus premium with a very close eye. If growth stagnates for paid subscribers, Spotify will have a lot of angry royalty holders to contend with.