Instacart has revamped its checkout process to make it easier for customers to leave better tips. Now, Instacart suggests a 5 percent default tip.

If someone wants to leave more, or less, there are still options to tip nothing at all, 10 percent, 15 percent, 20 percent and other amounts. 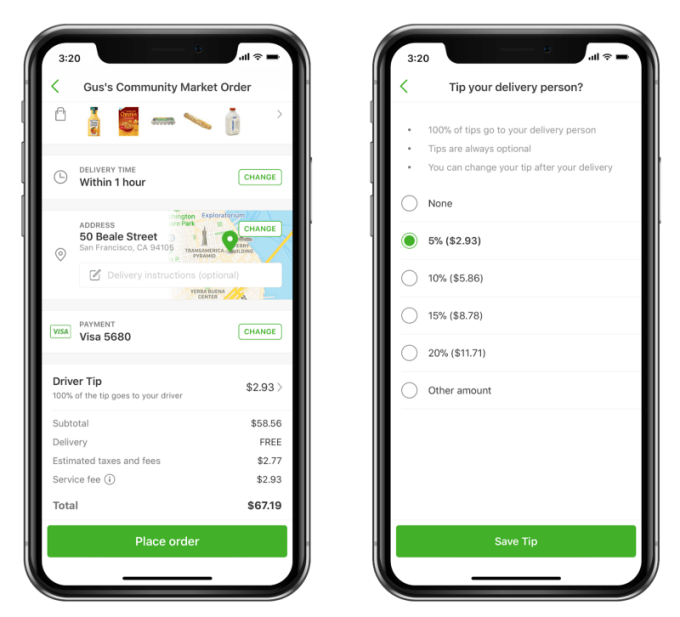 Instacart has had a rocky relationship over the years with its drivers and shoppers. In 2016, Instacart removed the option to tip in favor of guaranteeing higher delivery commissions. About a month later, following pressure from shoppers, the company reintroduced tipping.

“After announcing this change, we heard a lot of feedback from our shopper community,” the company said in a blog post at the time. “While our shoppers liked most of the changes, they did not like the fact that we were removing tips from our online platform. Taking that feedback into account, we have decided to continue to accept tips as part of this change.”

In addition to putting tips more front and center, Instacart also changed its service fee from a 10 percent waivable fee to a 5 percent fixed fee.