When I saw the first trailer for Avengers: Infinity War, I was really excited and really worried.

Excited because, holy crap, there were so many characters. Iron Man! Captain America! Thor! Black Panther! Black Widow! The Vision! The Guardians of the Galaxy! And they were all going to be in a movie together!

Worried because, holy crap, there are so many characters. How could you squeeze all of them into a single film?

The answer is, with great difficulty. To be fair, Infinity War isn’t the giant mess that it could have been — in fact, it’s a lot of fun. But there’s simply not enough movie to do justice to the enormous cast. 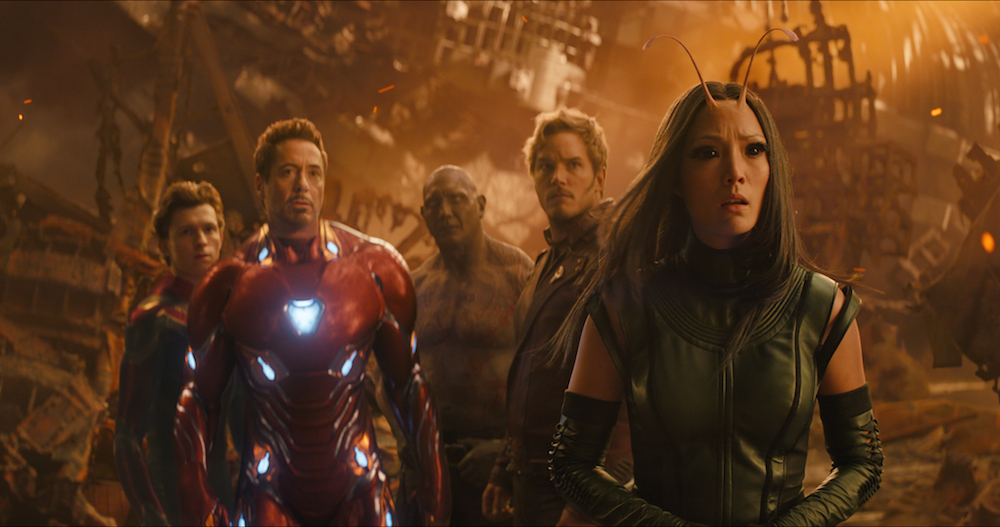 Some of those characters fare better than others. For most of Infinity War, the “cosmic” side of the Marvel Cinematic Universe is well-represented by Thor (Chris Hemsworth) and the Guardians of the Galaxy (Chris Pratt, Zoe Saldana and team), who end up working together. Screenwriters Christopher Markus and Stephen McFeely are more willing to spend time with them, even when they’re not involved in a giant battle, and that pays off with the movie’s funniest moments — as well as scenes with real weight and melancholy.

Meanwhile, Iron Man (Robert Downey Jr.) and Spider-Man (Tom Holland) also get some good jokes in, recapturing the fun of their relationship in Spider-Man: Homecoming.

Everyone else? Well, they’re usually introduced with a nice quip or a bad-ass moment, designed to remind you of how much you liked them in their own movies. But afterwards, they tend to fade into the background, becoming just another moving part in the big action set pieces (and yes, this includes Marvel’s new MVP Black Panther). That’s probably about as good as any filmmaker could do when trying to stuff the entire Marvel Universe into a single movie, but it’s still a little disappointing after the first Avengers film managed to give us five distinct and memorable heroes (sorry, Hawkeye), and it got so much mileage out of throwing those heroes together. 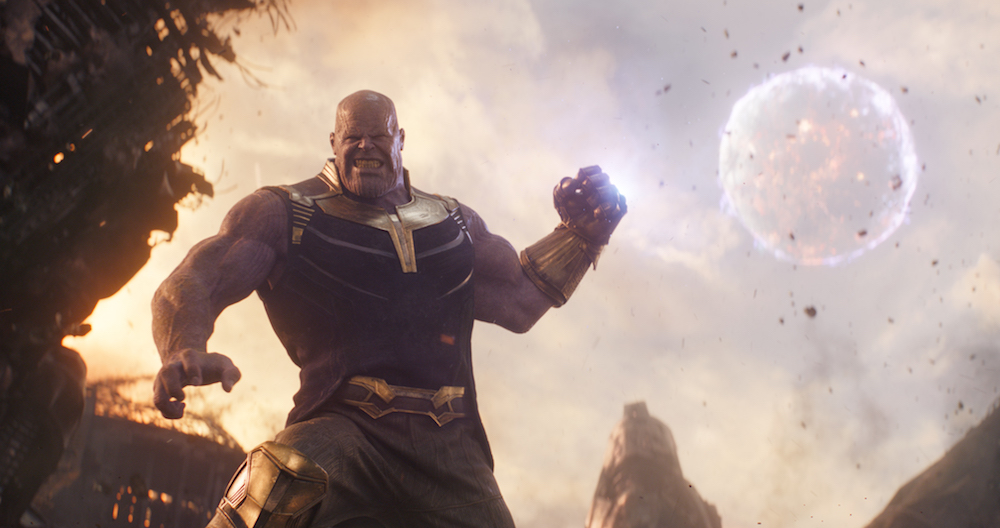 Luckily, the film’s real strength isn’t on the heroic side. Instead, as in Black Panther (and virtually no other Marvel movie), Infinity War‘s most memorable character is actually the villain, Thanos.

Previous films have reduced Thanos to a purple guy who utters a few threatening lines while sitting in his silly looking space throne. In Infinity War, Thanos is at the center of the action. His quest to acquire the super-powered Infinity Stones drives the story, as all of Marvel’s heroes scramble to stop him, giving the film a constant feeling of crisis and leading fairly quickly to spectacular fights on Earth and in space. He even gets to kill off a surprisingly large number of those heroes (though I don’t expect all of those deaths to stick).

Over the course of the film, Thanos emerges as a dangerous and powerful alien who’s absolutely devoted to his mission of destroying half the life in the universe — kind of a weird goal, but as Walter Sobchak once said, at least it’s an ethos. And as portrayed by Josh Brolin (via voice acting and motion capture), he doesn’t come off as a cackling villain. Instead, he’s a weary soldier at the end of a long quest.

I shouldn’t say too much about where that quest leads, but I will note that Infinity War feels very much like the first half of a two-part film, with an ending that sets up the still-untitled Avengers 4 (due May 3, 2019).

I do think Infinity War falls a little short of Marvel’s best movies, like Black Panther and Captain America: The Winter Soldier (which, like Infinity War, was directed by Anthony and Joe Russo). But here’s one simple measure of the film’s success: Despite my reservations, that cliffhanger worked, and I really, really want to know what happens next.