Volkswagen is entering the yearly race up Pikes Peak with a lightweight custom racer. Called the I.D. R Pikes Peak, two electric engines are good for 680 hp and 479 lb-ft of torque. The whole package weighs less than 2,500 lbs and VW says the vehicle is good for a 0-60 time of 2.25 seconds. That makes this car faster off the line than a Formula 1 or Formula E car — and just slightly faster than a Model S launching in Ludicrous mode.

VW says the racer was developed as an exercise in balancing weight and electrical energy capacity. This racer uses lithium-ion batteries and the dual electric motors act as generators during breaking, allowing the vehicle to recapture lost energy and feed it back into the batteries.

Volkswagen’s attempt is to best the electric record with a vehicle significantly less powerful and almost twice as heavy. 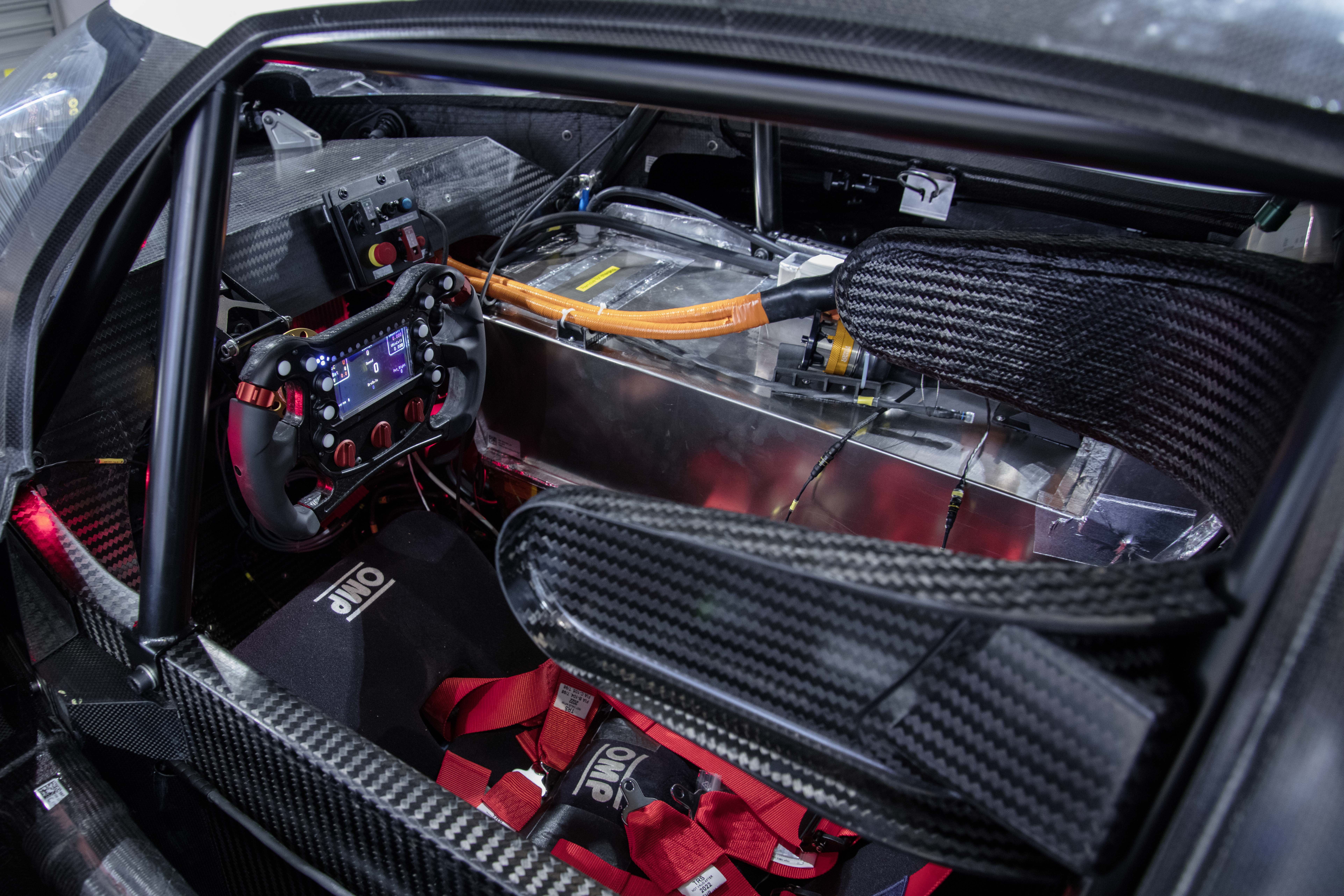 As for the comparison against the Tesla Model S, while the 0-60 speeds are similar on paper (2.25 seconds verse 2.3 seconds), it’s not fair to compare the two in real-world testing. In order to get the Tesla to hit 60 mph in 2.3 seconds, which is possible, specific conditions have to be met and it can only hit that speed off the line. The vehicle’s software also limits the amount of time the Model S is able to launch at this speed. Meanwhile, the VW racer is likely able to accelerate at such velocity coming off corners again and again — racing tires help, too.