Pivotal has kind of a strange role for a company. On one hand its part of the EMC federation companies that Dell acquired in 2016 for a cool $67 billion, but it’s also an independently operated entity within that broader Dell family of companies — and that has to be a fine line to walk.

Whatever the challenges, the company went public yesterday and joined VMware as a  separately traded company within Dell. CEO Rob Mee says the company took the step of IPOing because it wanted additional capital.

“I think we can definitely use the capital to invest in marketing and R&D. The wider technology ecosystem is moving quickly. It does take additional investment to keep up,” Mee told TechCrunch just a few hours after his company rang the bell at the New York Stock Exchange.

As for that relationship of being a Dell company, he said that Michael Dell let him know early on after the EMC acquisition that he understood the company’s position. “From the time Dell acquired EMC, Michael was clear with me: You run the company. I’m just here to help. Dell is our largest shareholder, but we run independently. There have been opportunities to test that [since the acquisition] and it has held true,” Mee said.

Mee says that independence is essential because Pivotal has to remain technology-agnostic and it can’t favor Dell products and services over that mission. “It’s necessary because our core product is a cloud-agnostic platform. Our core value proposition is independence from any provider — and Dell and VMware are infrastructure providers,” he said.

That said, Mee also can play both sides because he can build products and services that do align with Dell and VMware offerings. “Certainly the companies inside the Dell family are customers of ours. Michael Dell has encouraged the IT group to adopt our methods and they are doing so,” he said. They have also started working more closely with VMware, announcing a container partnership last year. 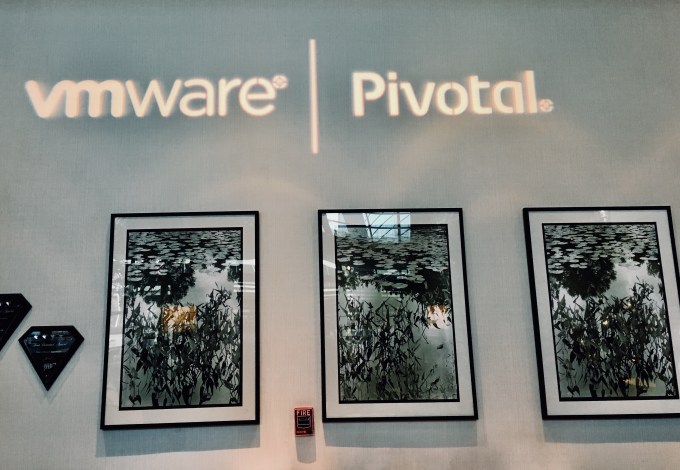 Overall though he sees his company’s mission in much broader terms, doing nothing less than helping the world’s largest companies transform their organizations. “Our mission is to transform how the world builds software. We are focused on the largest organizations in the world. What is a tailwind for us is that the reality is these large companies are at a tipping point of adopting how they digitize and develop software for strategic advantage,” Mee said.

The stock closed up 5 percent last night, but Mee says this isn’t about a single day. “We do very much focus on the long term. We have been executing to a quarterly cadence and have behaved like a public company inside Pivotal [even before the IPO]. We know how to do that while keeping an eye on the long term,” he said.