FuboTV has been working to carve out a niche for itself in the streaming TV market, where a number of competitors are delivering television programming to cord cutters by way of the internet.

In terms of subscribers, that space today is led by Dish’s Sling TV and AT&T’s newer DirecTV Now. But the market has also seen a lot of newcomers over the past year or so, with launches from Hulu’s Live TV, YouTube TV, and Philo. PlayStation Vue is a competitor as well, while CBS runs its own over-the-top streaming TV service with just its content, CBS All Access.

While many streaming TV services offer some sports content in their base packages, or sell additional access through add-ons, fuboTV’s core focus has been on serving the sports fan. 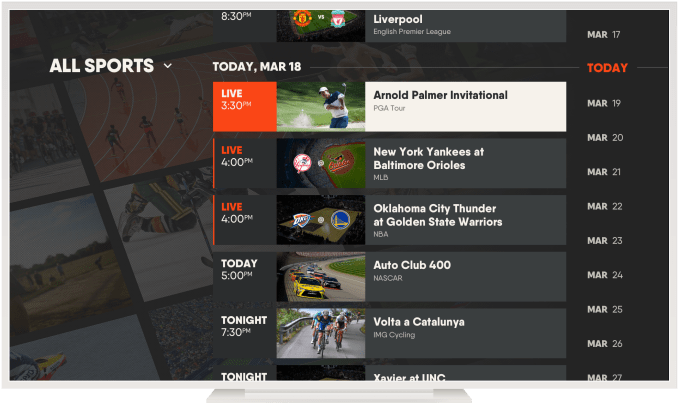 That access doesn’t come cheap, however. FuboTV’s basic package with 70-plus channels, Fubo Premier, is $19.99 for the first month, which then becomes $44.99 per month after.

Customers can then customize their package with other options, like a “Sports Plus,” “Adventure Plus,” or “International Sports Plus” upgrade; a DVR with 500 hours of storage instead of just 30; or the option to add a third stream.

Even though the entry-level package is more than a full subscription to a mainstream service like Sling TV or YouTube TV, fuboTV managed to reach over 100,000 paid subscribers as of September 2017, and is continuing to see double-digit growth, it says. 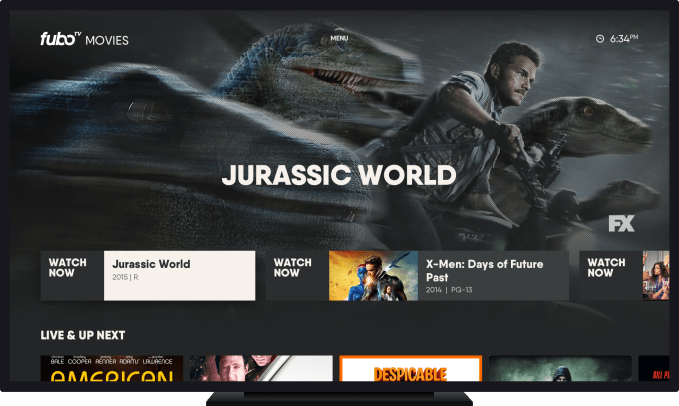 Since the last funding round ten months ago, the company has streamed its first MLB All Star Game, Playoffs and World Series; Tour de France; NFL regular season, playoffs and Super Bowl; college football; and the Winter Olympic Games. And it has exited beta on Apple TV, Chromecast, Roku, iOS and Android; revamped its user interface; and debuted new features like “Lookback” and “Startover.”

The lineup it offers has begun to broaden beyond sports in recent months, as well. 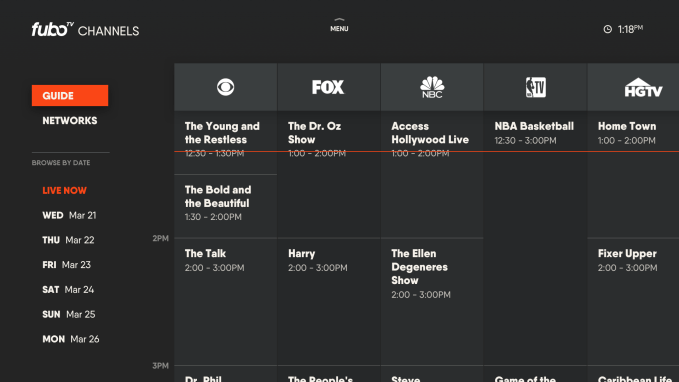 The company tells TechCrunch it’s forecasting a revenue run rate of over $100 million by this time next year.

“We are very bullish from an ad perspective, even though we only launched server-side ad insertion in January,” notes fuboTV co-founder and CEO David Gandler. “One quarter in, advertising represents low single-digit percentage of our overall revenue, but it is growing quickly. As a benchmark, we are already experiencing ad revenue per subscriber above Spotify’s recently published ad revenue per user data,” he says.

With the new investment, fuboTV plans to double its office space and engineers and product team, and open a second headquarters. The funding will also be used to develop new products and content offerings, and for marketing.

Correction, 4/18/18, 4 PM ET: AMC participated and is a new investor; AMC did not lead the round. The article has been updated to reflect.