Indiana Jones’ exclamation of, “It belongs in a museum!” is taking a trip into the digital age with a Google initiative that will save archaeological sites to the cloud.

Google’s nonprofit Arts and Culture arm is partnering with another nonprofit, Oakland-based CyArk, which flies drones and sets up cameras around historical sites using photogrammetry and LiDAR scanning tech to create dense models composed of thousands of photos and data points. These scans had previously not been available publicly, but with the help of Google, CyArk now has opened access to a number of their scans and will be adding more.

CyArk’s mission has largely been focused on preservation of these sites. In a talk I attended earlier today, the nonprofit detailed that as these historic structures they scan are threatened by natural disasters or human conflict, the data they have offers the potential for these sites to be restored with laser accuracy or at least preserved as they were for future generations to enjoy in a digital sense. 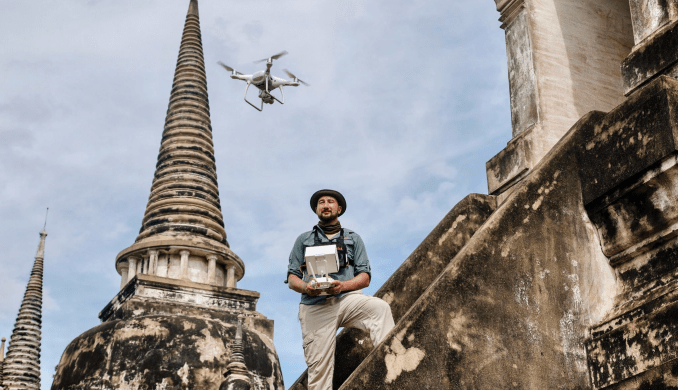 Google’s Art and Culture team has already done a lot of intensely cool work when it comes to preserving in high-resolution glory artwork across the globe. With the advent of so many methods for capturing large-scale 3D models over the past few years, it makes sense that Google would eye preservation of physical structures next. The fact that this 3D digitization arrives in the early stages of consumer VR also gives it a quality platform to be viewed on, which will only get better. As opposed to 360 photos, viewers will actually be able to walk around these sites, look into crevices and peek behind objects captured spatially.

It’s pretty exciting, and the ability to preserve culture as scaled physical locations that you could physically walk through in the future is a deeply intimate view of history that modern technology has converged on. That Google is working with nonprofits is largely positive, to carry this out is admirable, and one can hope that they direct more resources to aid these efforts on a global scale so more people can experience immersive history.

Today, you can check out 25 of these historic sites in 18 countries. You can view the models and environments in desktop mode as well as on PC and mobile VR headsets.