My HomePod, Google Home and Amazon Echo all live within about 15 feet of each other in my apartment.

This is as much a testament to my obsession with smart home crap as it is to my inability to buy into a single tech giant’s hardware ecosystem. I’ve gone all-in with each assistant at various times but now my entire connected life is run through a series of commands that are held together by specific intonations, exact phrasing and speaking volumes of which I alone fully grasp. I solely hold the recipes to my MacGyvered connected life. (This has made life difficult for my roommate who sometimes has to ask me to turn the lights on, but truthfully he should have known what annoying techiness laid ahead when he saw me unpacking my VR rig as we moved in.)

This amalgam of chatty smart assistants has made me pretty in tune with each of these product’s faults, but it’s also helped me gain a deep appreciation for the individual strengths of the platforms themselves.

This week, Bloomberg reported that times are tough for the HomePod. Apple is cutting production, some of its retail stores aren’t breaking double digit sales of the device on a daily basis and it only has a small sliver of the smart speaker market. This report brought a lot of critics out of the woodwork who heralded the ignorance of Apple’s product strategy and harped on the smart speaker’s general dumbness and lackluster feature set.

Now, I’m not in the habit of defending near-trillion dollar companies, but I think much of this criticism is misplaced. The HomePod is probably the best-functioning smart speaker of the bunch, and I’d also contend that the company’s overall strategy is far from being “years behind” its competitors. Apple’s AI strategy needs some TLC to strengthen Siri, but with the AirPods and HomePod, Apple is building a unified front on audio hardware that will weather the gimmicks of a market that seems artificially mature to begin with. 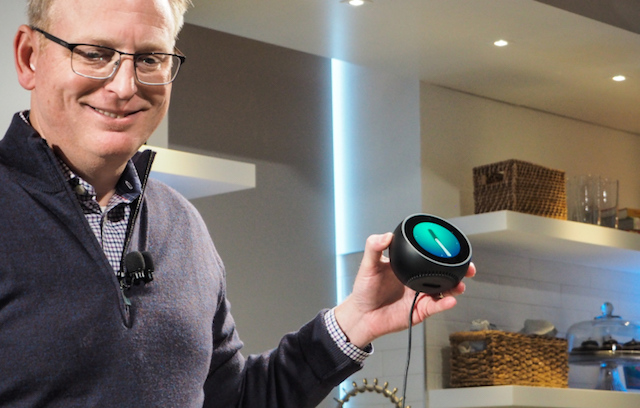 First off, I’ve always found the “smart speaker market” to be a pie that’s sliced in a bizarre way. For as intimately tied to smartphones as voice assistants are, saying that Amazon remains the clear winner in a category that excludes the billions of mobile devices with deep voice assistant capabilities seems accurate but deeply wrong at the same time.

It’s also why I don’t think Apple needs to be as worried about getting a $50 product like the Home Mini or Echo Dot out there, because while Amazon desperately needs a low-friction connection to consumers, Apple doesn’t gain as much by putting a tinny speaker into a can that will do even less than what “Hey Siri” on your iPhone could do.

$349 is pretty far (too far) in the other direction, but the high-end hardware is the sell for Apple and the concept that consumers are going to default to another smart assistant than what their phone uses is only a problem that will exist in the early days of Siri and Google Assistant. Amazon’s technologies can get better and better but if Google Assistant is the only one with intimate knowledge of your Google Account activities and Siri is the only one that you can send iMessages with, there’s not much of a conversation to have. 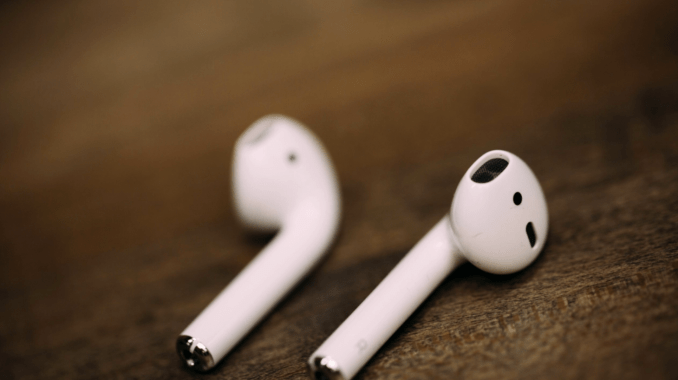 The dumbest answer from a smart speaker is always the one you’re waiting on that never comes. Just as the Airpods have succeeded in their approach thanks to the less sexy connectivity advances, the HomePod wins on the intelligence of its listening capabilities via a microphone array that can hear me at a whisper’s volume even while loud music is playing. It’s an overlooked feature in hardware comparisons, and it’s honestly one of the most important in practice.

A four-sentence HomePod review (with appendices)

I’ve yelled so many “Hey Google’s” while the TV is playing that never registered. Meanwhile, I’ve learned that I don’t really have to raise my voice to talk with the HomePod. That, along with its much blogged-about location-aware features, make it a device that feels like more of an ethereal presence in my apartment and less tied down to a physical location where I point my head and yell. While Amazon’s tech here has long been impressive as well, I’ve found the HomePod processing to be a bit more effective when tunes are blaring while pretty much laying waste to Google’s smart speakers (including the Max) which have always seemed to be hard of hearing in noisy environments from my experience.

Now, Siri is absolutely less good than Google Assistant when it comes to being a phone assistant, but a lot of these shortcomings don’t translate as jarringly to the HomePod. Apple has made the wrong calls with third party integrations for Siri on iOS but the current state of Alexa Skills and Google Assistant Actions suggests that Apple isn’t missing a ton on the smart speaker third-party platform front yet.

Something like ordering a pizza with Domino’s on an Echo or Google Home requires a bizarre amount of effort that is only easy if you do most of the work on your phone ahead of time. I wouldn’t say that Apple missing this feature has torn a hole in its core intelligence, likewise most of these “skills” generally don’t give me the context I need to make a decision.

I don’t get why there’s so much love thrown at these smart speaker development platforms. The fact is, they’re largely outlets for brand marketing budget dollars, rather than bastions of consumer utility. Sure, some of these apps are fun and may ultimately make the Echo a more family-friendly device than the HomePod, but the bloatware eventually becomes an afterthought as the gimmick wears off. Amazon needs this right now, not consumers. 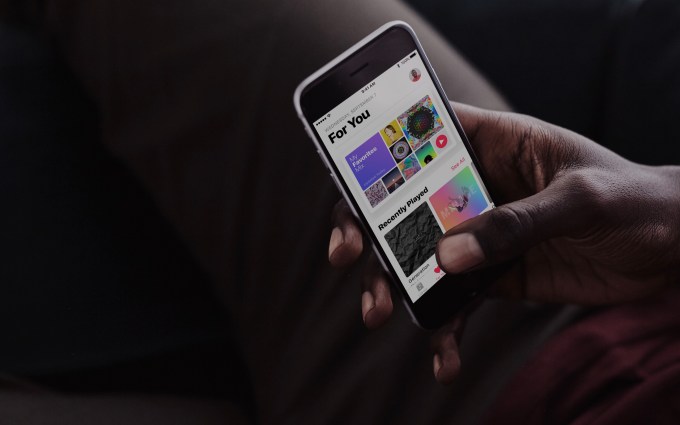 Making calls, distinguishing between multiple users and accessing calendars are all pretty baseline features that one hopes that the HomePod receives updates for soon. Nevertheless, the HomePod is not an unfinished product as some have said, and is certainly not “years behind” its competitors. It certainly feels more finished than some of the hardware products in Amazon’s divergent smart speaker cornucopia.

They’ve made some annoying decisions regarding music streaming support; Apple Music is an absolute necessity to enjoy this product. I’ve been a Spotify listener in the past, but I’ve never been a power user of playlists which left me pretty vulnerable to switching if it made life easier with the HomePod and my AirPods, which it did.

Apple Music is just one more exclusive element of the ecosystem, and by extension, Siri. Despite Spotify’s sky-high market cap, I don’t really see a good reason not to be bullish on Apple Music. The service is rapidly growing and — if trends hold — will overtake Spotify in paid subscriber count sometime this summer. It seems unrealistic that Apple will bring Apple Music support to the Echo or Google Home, but it’d be nice if some skeleton support came to Spotify on HomePod in the meantime, though I kind of doubt this as well. 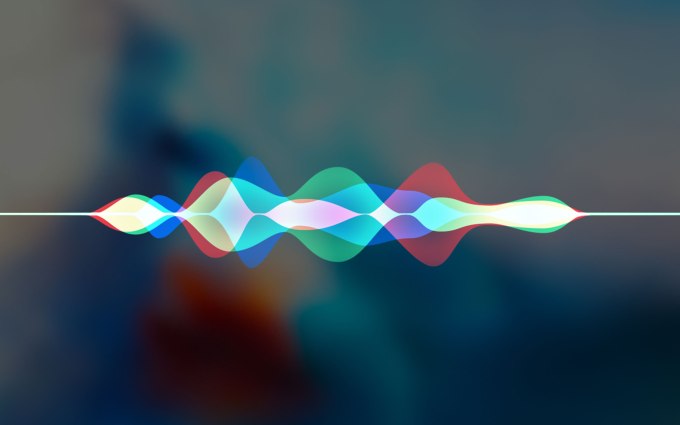 It’s all about the ecosystem; the “smart speaker market” doesn’t matter and never will as we define it now. What Google gains with a cheap entry point of a Google Home Mini is a way to drive people to features they didn’t know their phones had. Apple is using the HomePod to set a baseline while they look to build up these features that Siri doesn’t have yet. Amazon’s Alexa may have a chance in the context of the connected home, but it’s hard to imagine a world where you don’t want your mobile device and home assistant hub being intimately tied at an OS level.

The AirPods and HomePod are very good examples of OS-integrated hardware, and while Siri needs a facelift and perhaps some brain surgery, Apple’s thinking with the HomePod is about where it needs to be. It’s a platform that should really be a bit experimental for the time-being. These things were pushed into people’s homes so quickly by an Amazonian quest for market domination, but so much of the utility of smart speakers is still tied up in their frustrations.

Like the AirPods, the HomePod has isolated the right challenges to tackle first. “Winning the smart speaker market” isn’t going to happen for this product, but I get a sense that Apple’s thinking with the HomePod is tied up in a healthy self-awareness that its competitors lack.