You find robotics in unexpected corners of Playground Global’s Palo Alto headquarters. They’re in the lobby and scattered amongst the cubicles. Inside the venture fund’s labs, an older Spot Mini stands next to RightHand Robotics’ pick and place mechanical arm.

A recent video shoot in the space shows Boston Dynamics’ latest creation meeting Playground-funded bipedal wunderkind Cassie for the first time. The former also had a run-in with Andy Rubin’s dog in the company parking lot. The poor little terrier was less impressed.

Robotics is a core part of the firm’s portfolio. No surprise, really. It was, after all, co-founder Rubin’s lifelong obsession with the technology that gave Google’s mobile operating system its name. Co-founder and CTO Peter Barrett clearly shares that enthusiasm, as he gives us a tour around the space, pointing out each and every ‘bot surrounding Playground’s delightfully on-brand slide and swings.

“They’re becoming a good investment,” the executive begins. “Robotics is really in its infancy for some of these scale applications. What’s missing has been the link between what are now tour de force controls and physical systems with the intelligence and perception to make them useful.”

At last count, the company lists around 10 robotics investments in its portfolio — including some that are still in stealth mode. Those that it has revealed represent a fairly robust cross-section of technologies. There’s warehouse fulfillment system RightHand and Agility, the Oregon State spin-off that created Cassie. Zippy develops delivery robots and FarmWise builds autonomous systems designed to harvest food for short-staffed farmers.

To hear Barrett describe it, however, the companies are not as disconnected as they might appear at first blush. The CTO casually hints at something larger — a sort of connective tissue that might one day link the far-flung world of robotics. It’s hard not to see echoes of his pitch in Rubin’s earlier work on Android.

“There’s not a good robotics platform the way there is a good platform for making cellphones,” Barrett explains during an interview seated above the titular playground. “There are core components in things like ROS [Robot Operating System], but there’s no real, broad intelligence platforms that imagines robotics the way we think it will evolve.” 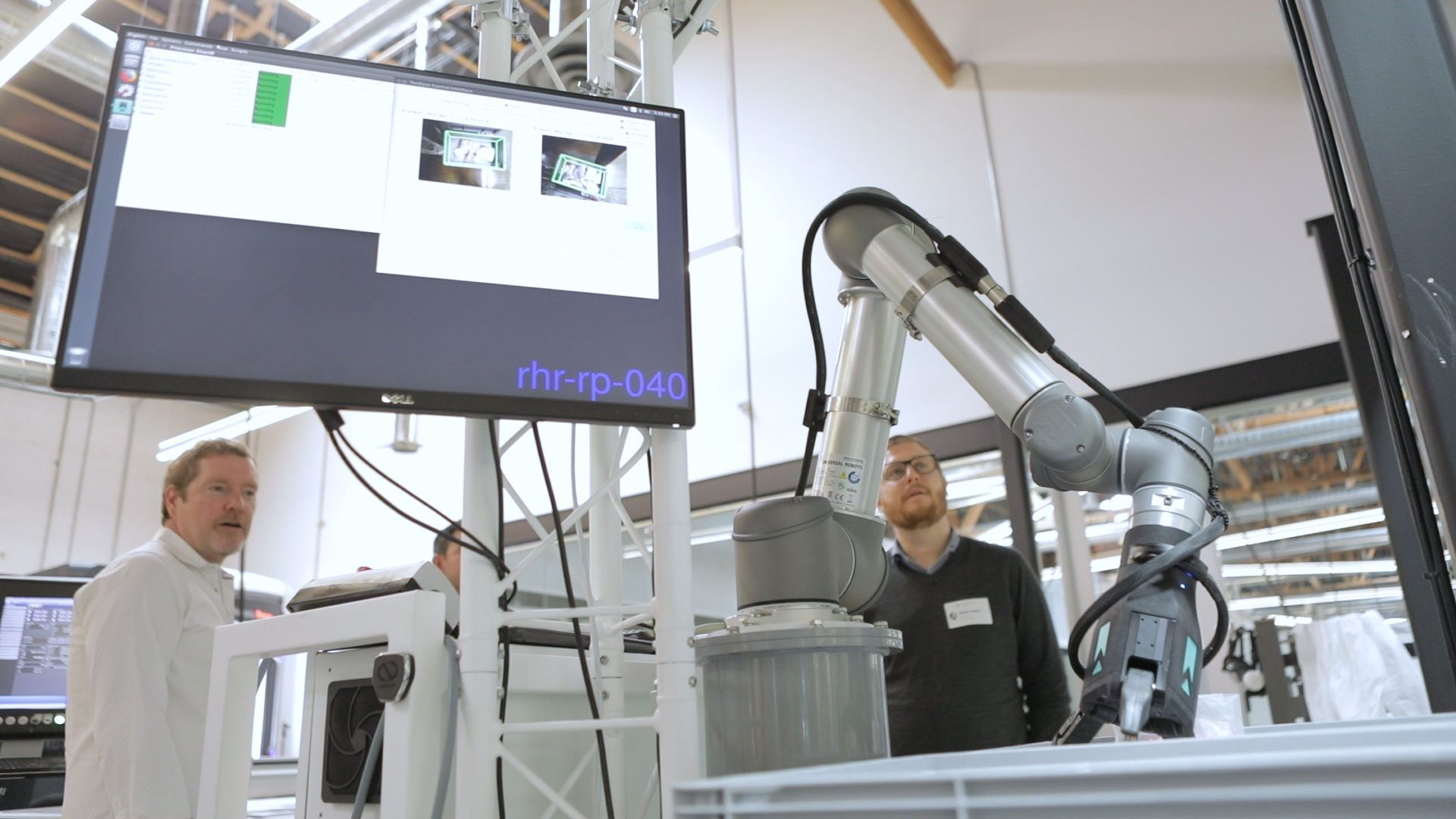 Its mission statement also hints at Playground’s grander goals, being “built from the ground up to encourage collaborative robotics software development.” But the executive believes the teams his firm have developed can take things even further, offering both a springboard for robotics developers and helping to develop a shared knowledge base so both robots and their creators don’t have to redouble efforts every time a new system comes along.

Beyond that, things start to get a bit hazy — because, well, VCs. No point in showing your full hand when you may or may not be building Skynet (without all of the time-traveling, killer robots, of course). But Playground’s larger vision finds the company looking to help robotics grow beyond its own built-in feedback loop.

“If you look into the capital that goes into robotics, an enormous amount of it goes sideways implementing and reimplementing things that we’ve been doing since Shakey was made in the ’50s,” he says, referring to SRI’s groundbreaking, multi-purpose mobile robot.

There are echoes here of Google robotics, Rubin’s post-Android pursuit, which left the world wondering what, precisely the company was building amid an acquisition spree that found the company snapping up Boston Dynamics, Industrial Perception and Bot & Dolly, among others.

With Barrett and Rubin at the helm, along with fellow co-founders Matt Hershenson and Bruce Leak, those goals could finally be realized. After all, what’s the point (or fun) in funding startups if you aren’t going to go big?

Andy Rubin and Playground will be appearing at TC Sessions: Robotics on May 11 at the UC Berkeley campus.