Fresh off its relaunch as an app offering a suite of tools for podcasters, Anchor today is rolling a new feature that will make it easier for people to find someone to podcast with: Cohosts. As the name implies, the app will now connect you – sometimes immediately, if people are available – with another person who’s interested in discussing the topic you’ve chosen.

The result is a more engaging podcast where a conversation is taking place between two people, rather than a monologue.

“We give people the ability to choose a topic that they want to talk about on their podcasts, and the product will get to work trying to match you up with someone who wants to talk about the exact thing,” explains Anchor CEO Mike Mignano.

At first, Anchor will try to match you with someone who’s also currently in the app, he says. If it’s not able to do that, then it will notify you when it finds a match through an alert on your phone.

“We’ve developed an intelligent matching system to make sure there’s a high likelihood that you get matched up with someone that wants to talk at the same time,” Mignano notes.

The topics users select can be either broad – like politics – or narrow and hyper-specific, the company says. 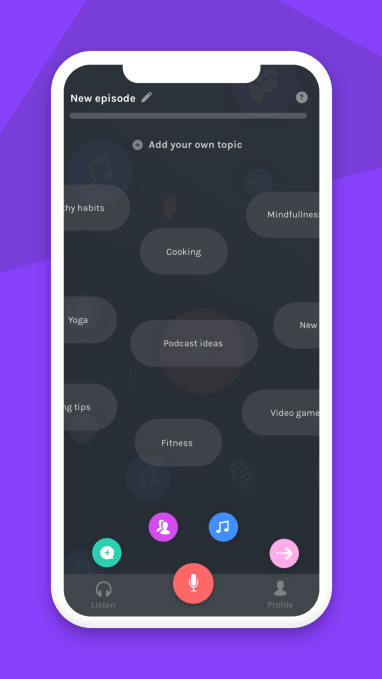 One you’ve been offered a connection to a cohost, you have 30 seconds to meet in the app and decide how you want to get started. The recording will then start automatically, and will continue for up to 15 minutes. Both users will receive a copy of the recording and can choose to publish it to their own podcast right away, or save it for later.

After the recording, podcasters rate each other with a simple thumbs up or down. (If down, you’ll need to select a reason in case Anchor needs to step in and review bad behavior. Bad actors will no longer be permitted to use the service.) 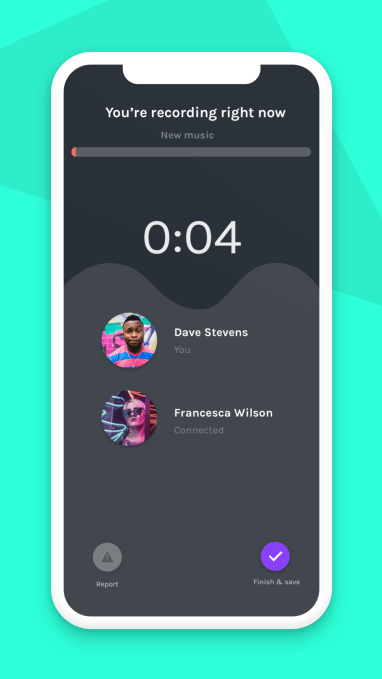 If both give each other a thumbs up, though, they’ll automatically be favorited on each other’s account, so they can find each other again. Next time they want to record, they’ll have the option to team up through Anchor’s “Record with Friends” feature, where there’s no time limit.

Those who are highly rated will also get better ranked in the matching algorithm, Anchor notes.

If a podcaster has a particular topic in mind – like wanting to discuss Stephen King novels, for example – Mignano continues, they’re very likely to return to the app when they get a match, the team found during testing. 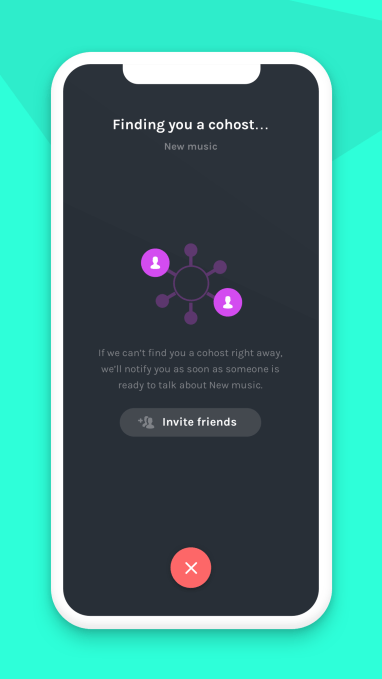 The Cohosts feature was beta tested with a small subset of users prior to today’s launch, but the company declines to share how many users tested it or how many people are currently using the app to create podcasts.

However, the app’s big makeover which took place in February basically turned Anchor into a different kind of app – so it’s still establishing a new user base.

While before, the app was focused on recording audio, Anchor 3.0 is meant to be a podcasting suite in your pocket. The new version includes recording features with no time limits, a built-in library of transition sounds, tools for adding music, support for voice messages (a call-in like feature), free hosting, and a push button experience for publishing to share your podcast to all the top platforms.

Matching cohosts in teams of two may just be the start.

Mignano hints that a future version of Anchor may include more flexibility on the number of cohosts. “You can imagine us doing something like, if the user specifies the topic, they can indicate how many people they want to have a conversation with,” he teases.

The new feature recalls Anchor’s roots as a platform for social audio.

“It’s something we’ve been thinking about for a while, says Mignano. “If you think back to Anchor 2.0 – and 3.0, as well – we’ve always wanted to make Anchor a little more interactive than a standard podcasting platform. To us, democratizing audio doesn’t just mean making it easier to create. It also means modernizing the format by making it more shareable, easier to interact with, short form, etc.,” he says.

The Cohosts feature is rolling out today in Anchor’s app.