It’s Equal Pay Day today, marking the date women had to work full-time this year to match what men made working full-time last year. The actual date is mostly symbolic, and while it’s been narrowing, the gender pay gap is real. Earlier this month, I had a chance to see the first episode of the Chasing Grace Project, a new documentary series that aims to chronicle the joys and challenges of being a woman in tech.

While the series will cover a wide range of topics, ranging from being female founders to online harassment and male allies, executive producer Jennifer Cloer, who is driving this project together with producer Gary Schillinger, told me that she doesn’t want the series to be just about “doom and gloom.” It’s meant to show the resilience of the women the team interviewed for the series, too. 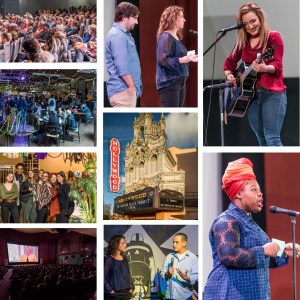 Cloer, who founded her own tech PR firm and previously worked for the Linux Foundation, started the project late last year and has spent virtually every Friday for the last few months interviewing women from all parts of the tech industry across the country.

The general idea behind the project is to make the issues real. “What if we could put real stories of everyday women on camera where people could see them, hear them, feel the emotion and see the body language?” said Cloer.

Because Cloer and Schillinger are still working to get a distribution deal for the series (and finishing the remaining episodes), the episodes aren’t currently available online. The filmmakers have already scheduled a number of screenings at different companies, though, and are actively promoting the project. Cloer is also considering the possibility of expanding the project’s work beyond the films and into a more long-term nonprofit organization.