Facebook is looking to self-police by implementing parts of the proposed Honest Ads Act before the government tries to regulate it. To fight fake news and election interference, Facebook will require the admins of popular Facebook Pages and advertisers buying political or “issue” ads on “debated topics of national legislative importance” like education or abortion to verify their identity and location. Those that refuse, are found to be fraudulent or are trying to influence foreign elections will have their Pages prevented from posting to the News Feed or their ads blocked.

Meanwhile, Facebook plans to use this information to append a “Political Ad” label and “Paid for by” information to all election, politics and issue ads. Users can report any ads they think are missing the label, and Facebook will show if a Page has changed its name to thwart deception. Facebook started the verification process this week; users in the U.S. will start seeing the labels and buyer info later this spring, and Facebook will expand the effort to ads around the world in the coming months.

This verification and name change disclosure process could prevent hugely popular Facebook Pages from being built up around benign content, then sold to cheats or trolls who switch to sharing scams or misinformation.

Overall, it’s a smart start that comes way too late. As soon as Facebook started heavily promoting its ability to run influential election ads, it should have voluntarily adopted similar verification and labeling rules as traditional media. Instead, it was so focused on connecting people to politics, it disregarded how the connection could be perverted to power mass disinformation and destabilization campaigns.

“These steps by themselves won’t stop all people trying to game the system. But they will make it a lot harder for anyone to do what the Russians did during the 2016 election and use fake accounts and pages to run ads,” CEO Mark Zuckerberg wrote on Facebook. “Election interference is a problem that’s bigger than any one platform, and that’s why we support the Honest Ads Act. This will help raise the bar for all political advertising online.” You can see his full post below.

The move follows Twitter’s November announcement that it too would label political ads and show who purchased them. 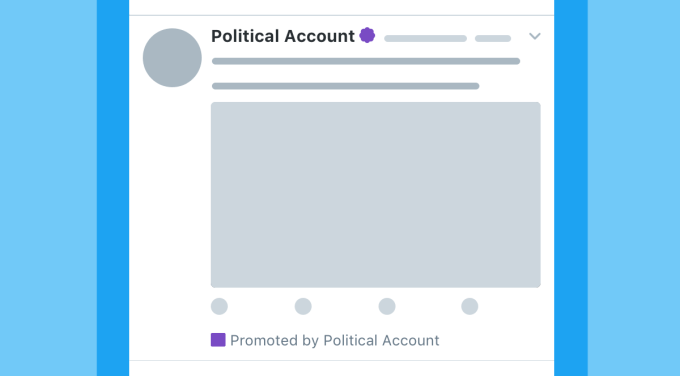 Facebook also gave a timeline for releasing both its tools for viewing all ads run by Pages and to create a Political Ad Archive. A searchable index of all ads with the “political” label, including their images, text, target demographics and how much was spent on them, will launch in June and keep ads visible for four years after they run. Meanwhile, the View Ads tool that’s been testing in Canada will roll out globally in June so users can see any ad run by a Page, not just those targeted to them.

Facebook announced in October it would require documentation from election advertisers and label their ads, but now is applying those requirements to a much wider swath of ads that deal with big issues impacted by politics. That could protect users from disinformation and divisive content not just during elections, but any time bad actors are trying to drive wedges into society. Facebook wouldn’t reveal the threshold of followers that will trigger Pages needing verification, but confirmed it will not apply to small to medium-size businesses. 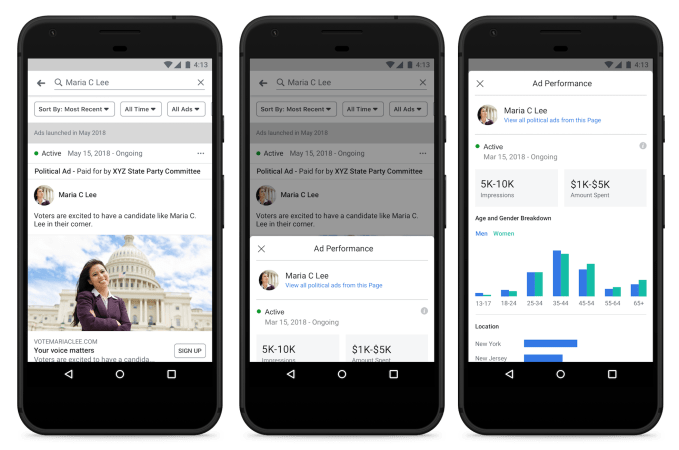 By self-regulating, Facebook may be able to take the wind out of calls for new laws that apply to online ads buyer disclosure rules on TV and other traditional media ads. Zuckerberg will testify before the U.S. Senate Judiciary and Commerce committees on April 10, as well as the House Energy and Commerce Committee on April 11. Having today’s announcement to point to could give him more protection against criticism during the hearings, though Congress will surely want to know why these safeguards weren’t in place already.

With important elections coming up in the US, Mexico, Brazil, India, Pakistan and more countries in the next year, one…

For more on Facebook’s recent troubles, check out our feature stories: