The Concorde was a generation ago, yet its legend persists — and the dream of supersonic flight may be returning. NASA and Lockheed Martin are taking concrete steps toward the creation of jets that travel faster than the speed of sound but are “about as loud as a car door closing.”

NASA announced today that it has awarded Lockheed a juicy $247.5 contract to produce a single “X-plane,” or experimental plane, meeting certain requirements by the end of 2021. The company created a preliminary design under a previous contract.

Much of the engineering is up to Lockheed, of course, but in the end the single-pilot craft will travel at some 940 MPH at high altitude — 55,000 feet — and produce around 75 perceived decibels (compared with the Concorde’s 90) at ground level.

Of course it will be louder up close — you can’t run engines and split the air at that speed without making a racket, and this thing is using a fighter jet engine. A big problem with supersonic flight was that the sonic boom made it too loud to fly over populated areas. (The Concorde had more problems than that, but the boom was part of it.) 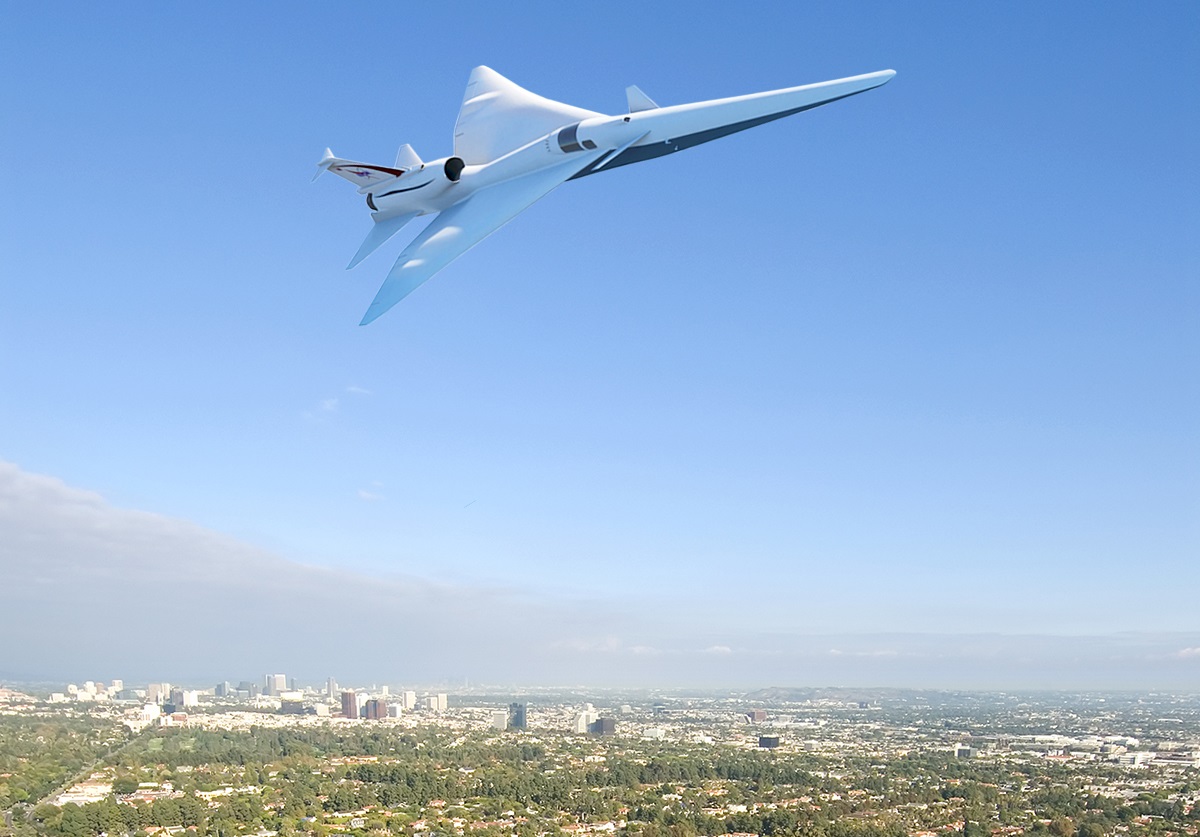 But there’s been a great deal of research (dramatic NASA video here) into improving the aerodynamics of a supersonic craft and carefully designing every contour to control the inevitable pressure waves it creates. This new plane will be the first to test many of those principles.

Once the craft is delivered at the end of 2021, assuming everything plays out according to schedule, NASA will start flight tests and collect community responses. Presumably that means asking if they heard anything unusual that day.

That data will be passed on to regulators as support for new rules on supersonic flight — which could in turn give the aerospace industry the green light to develop practical applications.

As you can see there’s a long way to go before a quiet supersonic jet is even built and tested, but the work is underway.