Facebook is continuing to drive updates to their little-used virtual reality Spaces app, where users can explore 360 content and chat with other users in VR. Today, FB showcased some big new changes to the avatar system in Spaces that switches up the visual style quite a bit.

The avatar system is a lot more three-dimensional in that the faces no longer seem to be blank canvases with 2D features slapped onto them. The evolution isn’t necessarily skewing more toward realism as much as it is toward more emotion that can come off in a less cartoon-like way.

Facebook Spaces probably doesn’t have any crazy usage numbers, so it’s interesting to see the company refine things to this degree. On an anecdotal basis, I’ve only seen this feature pop up in my feed a couple of times, and quite a few of my FB friends work in virtual reality, so that should be a bit telling.

That does make one question whether Facebook would ever look to integrate the avatar system into features outside of VR. Facebook says they are continuing to make these changes compatible with their machine learning-powered avatar creation tool, which takes recent photos of you and suggests appropriate avatars that you can use as starting points. This seems like something Facebook could easily integrate into a Bitmoji competitor if they ever choose to.

The new system integrates more customization options so that users can dial in their look to make things more similar to how they themselves look in real life, which seems to be how Facebook would prefer you use this system. There seems to be a particularly large amount of progress in how users can dial in face shape and hairstyles. Notably, users are also able to change their body size for the first time, rather than all being the same thin size.

Avatars being creepy is kind of a given, though I’m not sure Facebook is lessening the creepiness any in this update… 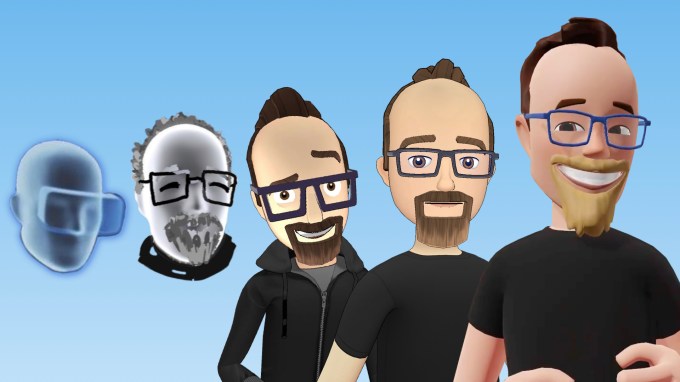 The new avatar looks will be rolling out in Facebook Spaces over the next week, the company says.