TuneIn, the free radio service that allows you to stream news, sports, music and podcasts, is today rolling out a new subscription offering for Alexa customers in the U.S. TuneIn Live, as the premium live audio subscription is called, will offer play-by-play calls from thousands of live sporting events, plus access to premium news stations, talk shows and other content. This is the first time that TuneIn premium content has been made available over a voice platform, like Alexa, the company notes. It’s also available at a discount for Alexa owners and Prime members.

The subscription content comes from TuneIn partners like MLB, NBA, NHL, and the NFL, as well as news stations like CNBC, MSNBC, Al Jazeera, Newsy, and others.

The broader TuneIn service also pulls in content from over 120,000 owned and operated as well as partner radio stations, and 5.7 million on-demand programs. TuneIn is the audio streaming partner for daily fantasy sports providers like FanDuel and DraftKings, too.

The company’s free product, which has been accessible on Alexa, has greatly benefited from consumer adoption of smart speakers, like Amazon Echo.

“TuneIn has been an integration partner for Alexa since 2014, and with the continued growth in smart speaker adoption, we’ve certainly seen strong growth in both users, and overall listening hours,” Tony Archibong, VP of Distribution and Business Development at TuneIn, tells TechCrunch. “Across our entire portfolio of speaker integrations – including Alexa, Sonos, Bose, etc. – we have seen over 1 billion listening hours streamed in the past 12 months alone.”

The company now claims 75 million monthly active users – up from 60 million in 2015 – and is supported across over 200 connected devices including via platforms like Sonos, Cortana, Tesla, Bose, Roku and Xbox One, as well as Echo speakers. 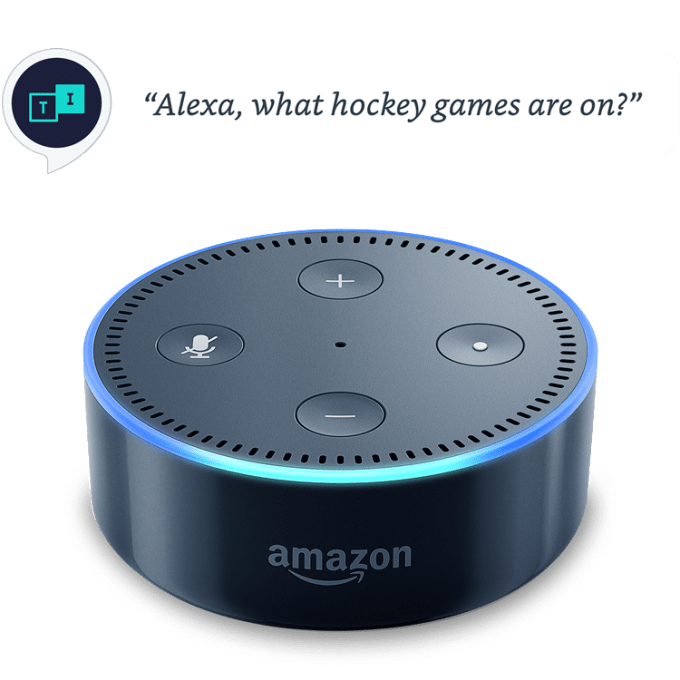 The lower pricing is due to the fact that the TuneIn Live subscription for Alexa only works on Alexa-enabled devices, like Echo, Echo Spot, Echo Dot, and others.

It’s unclear if there’s a revenue share here or if Amazon is helping to subsidize the cost of the discounted subscriptions, and the companies won’t discuss deal terms.

For TuneIn, a discounted Alexa subscription could allow the company to further take advantage of the demand for audio programming in the Echo device owner market. And for Amazon, it makes sense to work with TuneIn because it gives Echo owners more content options, while also providing Prime members with another perk.

“TuneIn Live brings a delightful experience to Alexa customers with the ability to stream live audio of virtually any sporting event or news broadcast throughout your home,” said Rob Pulciani, Director, Amazon Alexa, in a statement. “Just ask Alexa to open the TuneIn Live skill and play your favorite team’s game – even synchronize playback across multiple Echo devices around the home so the whole family can hear as they move around the house.”

The skill can be enabled on Alexa device with the command, “Alexa, open TuneIn Live.”